Last night I had another pleasant dinner with fellow pilgrims – the inevitable potatoes!

On the way out of town, a helpful elderly gent offered me advice -,turn right at the roundabout. Luckily I saw the signs showing the way off to the left.

I walked alone again today. There are few people walking this route and mostly we meet at the albergue or a nearby restaurant .

I did see a Japanese guy I met last night come past me, and he’d left a 1/2 hour earlier . He’d taken a wrong turn. It’s easy to do and I made a few errors myself today – but more if that later .

I walked through this plantation of cork trees. Where the cork had been cut off a black protective substance had been applied giving them an eery look.

It was quite a pleasant walk through these fields of cork and the usual dry open spaces. The route was a bit complicated with an old route that had been closed due to a land owner dispute and then opened again and a linking path and confusing signage.

A nice spot for lunch. 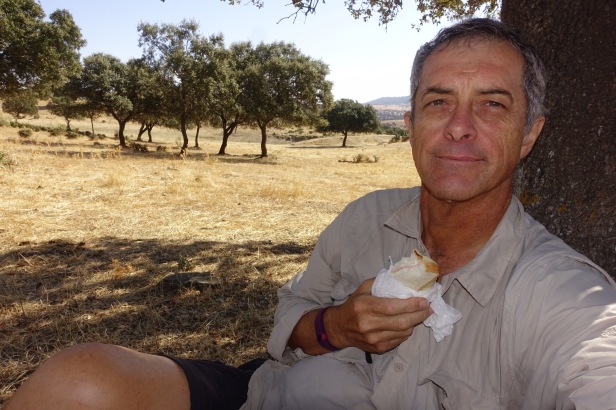 I must have opened and closed 30 farmers gates today.

A river meander far below.


That I missed this turn off.

These mistakes cost me probably an extra hour walking in asphalt and sore feet!!

The granite cubes are all over the place in the most remote spaces in Extremadure. A yellow stripe indicates the modern Via de la Plata. walking path. a green stripe the route of the Roman road and when they coincide you get both colours as in this photo.

On top is an image of the Roman gate at Cáparra that I’ll see tomorrow. 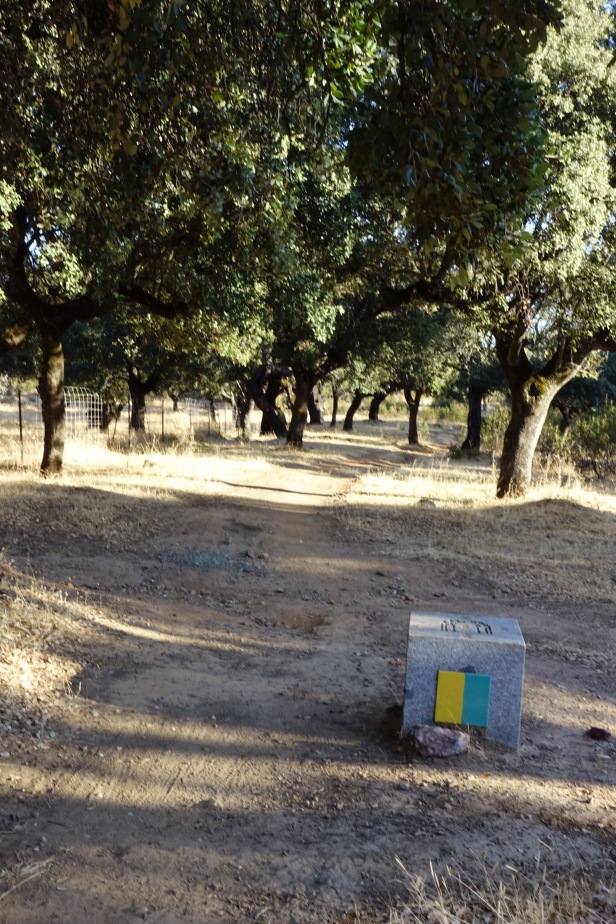 Eventually I caught site of the white houses of Galisteo off in the distance. Like always, a few hours would pass before I got to the town and it never seemed to get any closer .

These flowers are very hardy , growing in hard, dry dirt.

I got a big surprise when I crossed this canal 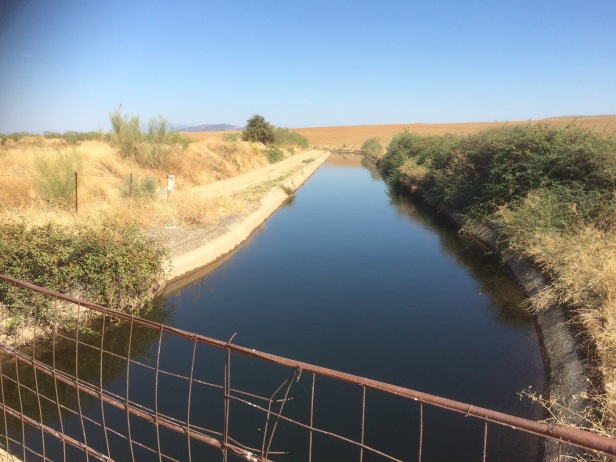 And came across a green valley ! 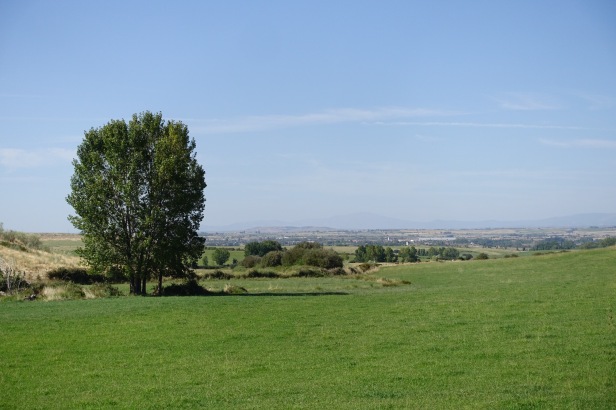 What a site for my eyes after weeks of brown! The Arabs constructed extensive  irrigation systems in Spain and these could date from those times.

I finally arrived around 4pm having walked around 33 km instead of my planned 28.

The town has a massive set of intact walls dating back to the time of the Almohad dynasty around the 12th century.

The walks are very impressive and completely encircle the village.

Looks like I’ve got the whole hostel to myself tonight! Wait a minute – I think there’s someone at the door…. 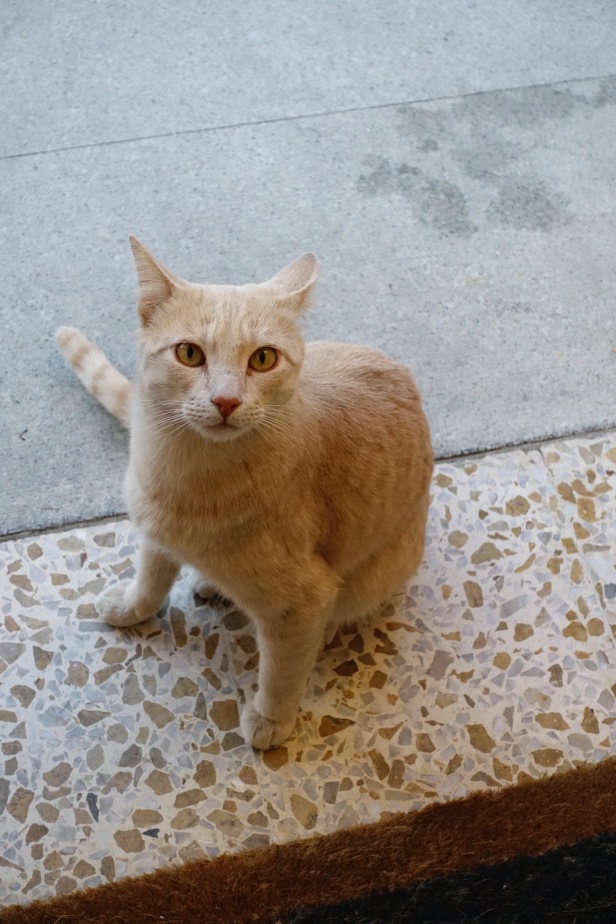