I had one last view of the monastery as I left Sobrado.

They told me they’d started in San Sebastion about 8 days ago. It’s taken me a month to get here but they do some walking each day and then get driven to a new part of the Cpamino.

I saw their black van, looking like something from one of those Bourne films, a few times through the morning.

Here it is on the right with some of the walkers with their little yellow packs on the left. 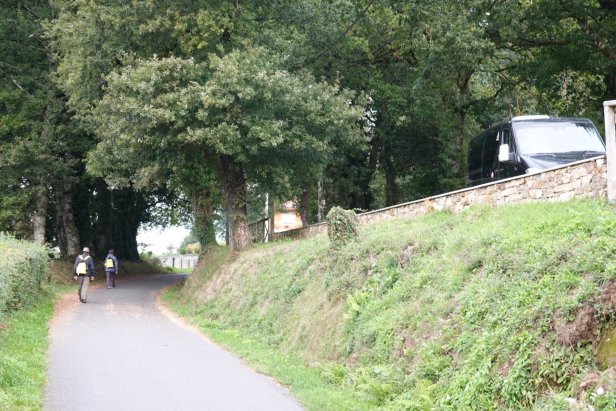 One guy drives the van from spot to spot in case it’s needed and the other stands at strategic spots to make sure his charges don’t get lost.

In this part of Galicia, some of the bus shelters have been made to resemble horrios.

There are three options for this last part of the camino. The most commonly taken leads down to the Camino Francés route at Arzúa. The second official leads straight to Santiago airport and is significantly shorter .

I opted for an unmarked middle route.

Eamon the other day that he wanted to take this route but missed the turnoff and ended up walking around 50km that day.

If you’re reading this and plan taking the route down to Santa Irena, make sure you turn left here! 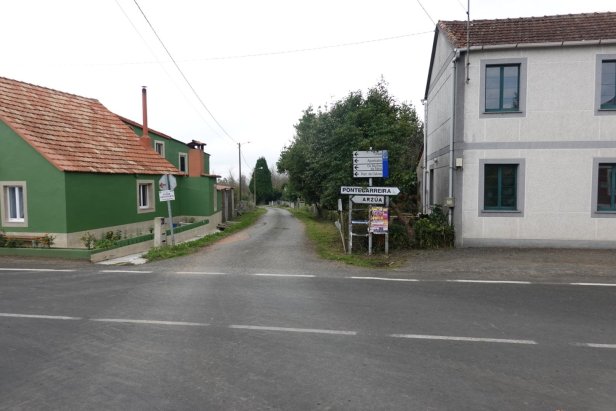 A large part of today’s 33km was spent walking on bilumen. 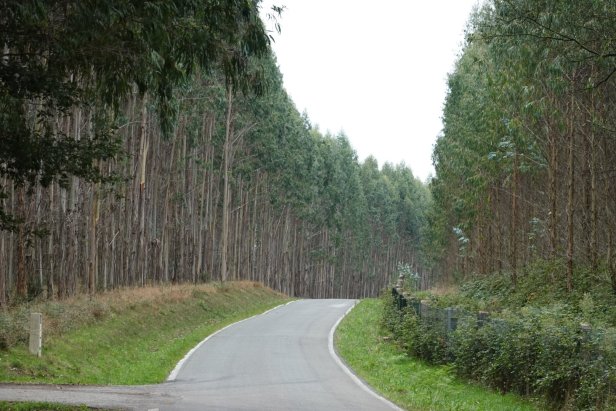 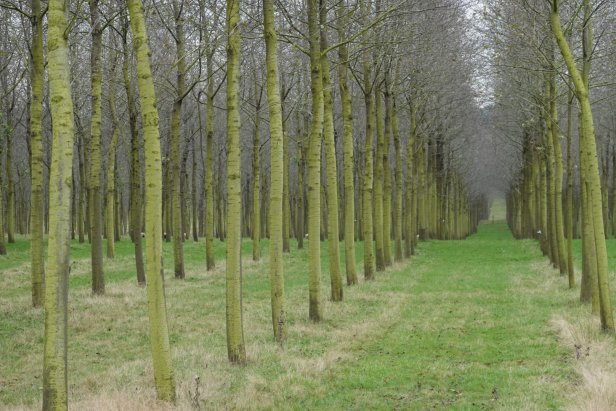 Despite the preponderance of tree plantations, there were some pleasant views.

Some posters in the local language, Gallego. 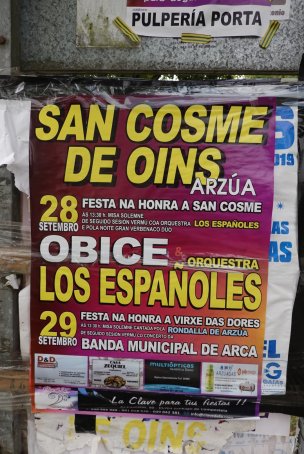 In the last 5 hours of my walk, I only saw Anita from the Czech Republic who I’ve run into a number of times and no one else.

At around 4 in the afternoon I reached the intersection of my route with the much more popular Camino Francés. I’d expected to see large numbers of walkers In the few kilometers before my nights lodging, I only saw 2.

Perhaps there will be a lot more in tbe morning, for my last 25km walk in the rain!