Last night I had the albergue all to myself and I had a great sleep .

The countryside this morning continued to be very green. 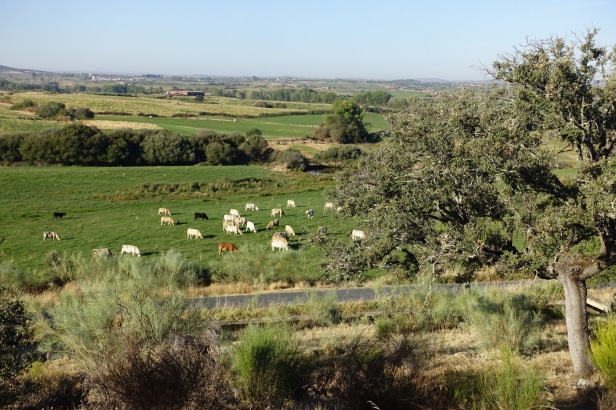 I walked along green lanes with the pleasant accompanying sound of gurgling water in irrigation canals.

I met a man walking his dog who when he found out he could converse with me in Spanish , took the time to draw out a route map in the dirt!

Lots of people wave to me and beep their horns and I get lots of ‘Buen Caminos’ every day.

In this area there are lots of poles put up to allow birds to make nests. I think these are stork nests  which are very heavy and can stay in use for centuries. However smaller birds were using the nests as well. I’ve seen lots of stork nests on churches

but I haven’t seen any storks as they migrate to Africa in August and September. 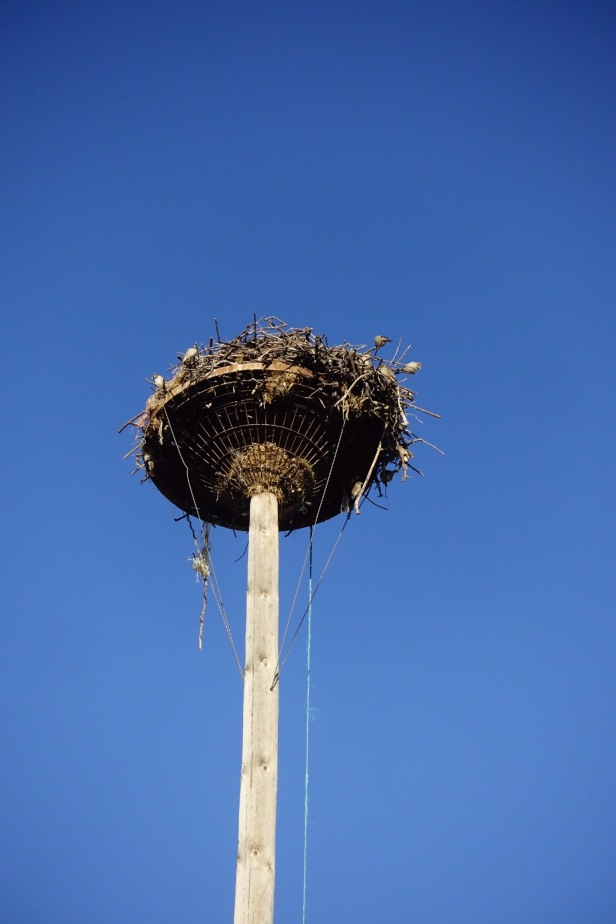 or they could be a conservation measure due to the lack of suitable trees. 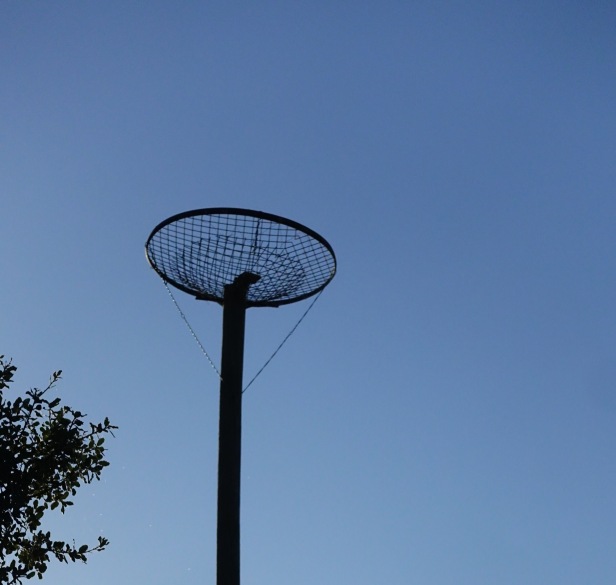 After a while I was back into the open dry cork oak dehasa country.

At one stage, there were so many paths that I got lost and didn’t see any yellow arrows  for quite a while. 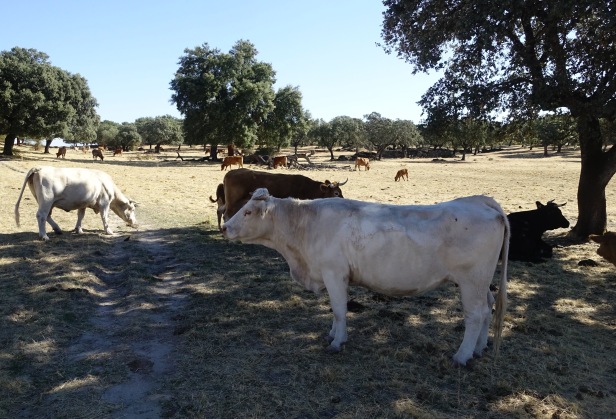 I followed one of the ubiquitous stone walls for a while and found a gate with a yellow arrow !!

How does that song go ?

“Day after day Alone on a hill

The cow with the foolish grin

I eventually arrived at the ruins of the Roman city of Cáparra. The arch is the symbol of the Via de la Plata in Extemadura and appears on all the stone cubes that you find in all sorts of remote places along the path. It was the entrance to the forum of the city. 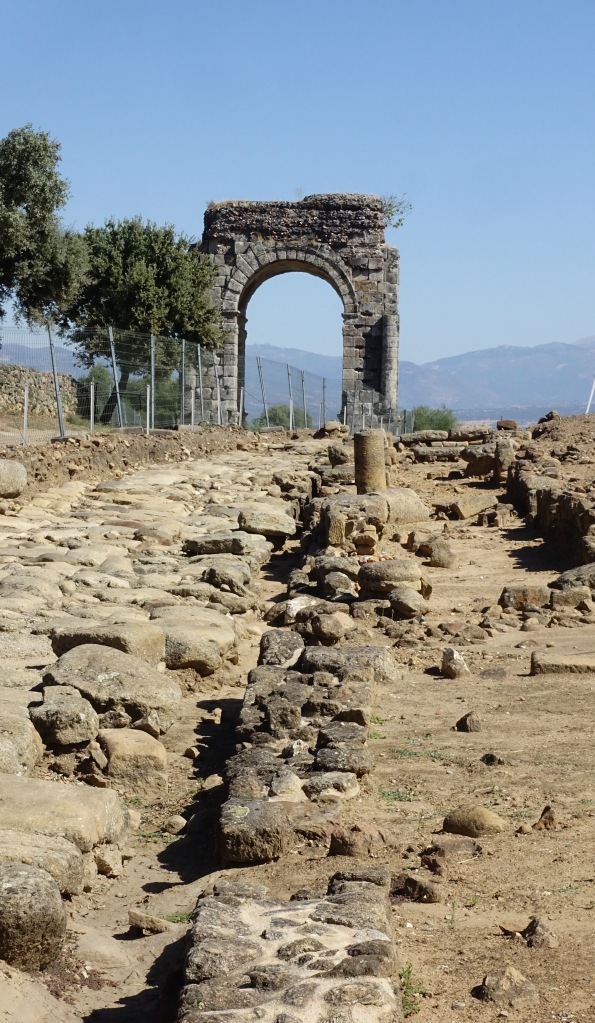 Today I didn’t see any other pilgrims all day and I’m staying in a sort of roadhouse that specialises in meat grilled on charcoal. I’m looking forward to dinner but I’ll have to wait til 9 pm!