After a very light Spanish style breakfast at the albergue, it was time to set off again. 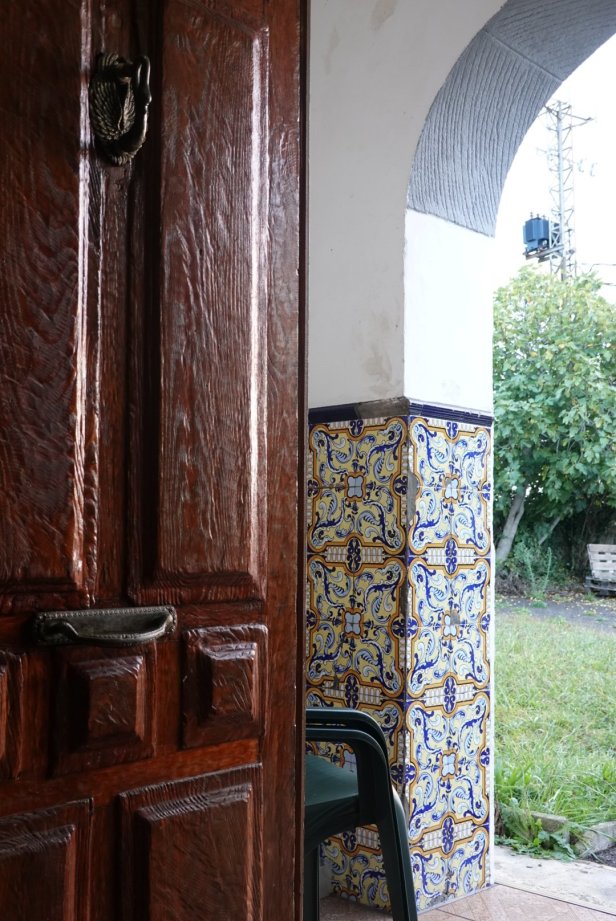 Much of today’s walk was through bushland. Eucalyptus trees have supplanted the native flora to such an extent that you could be walking through the bush in my native Australia.

In other places, tbe native vegetation has managed to hold on. 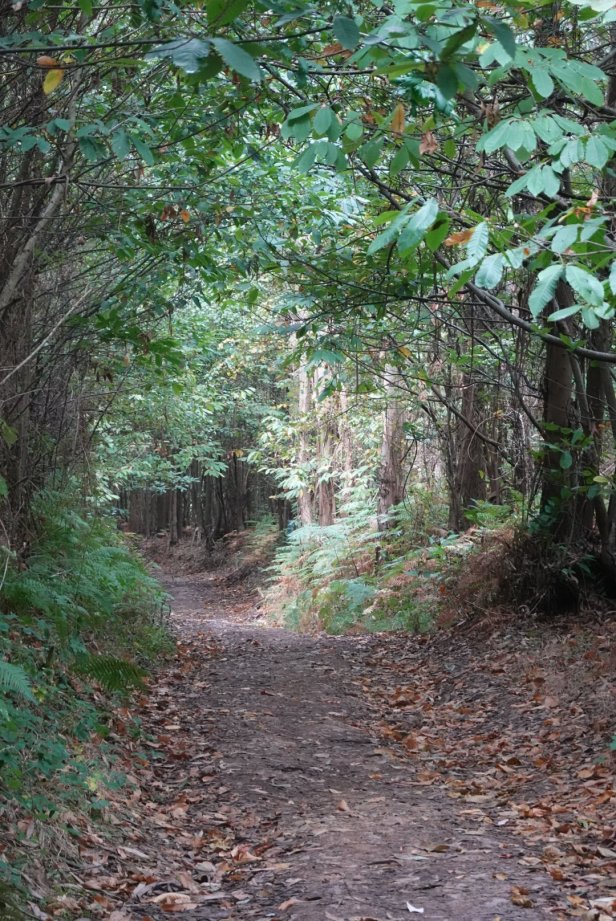 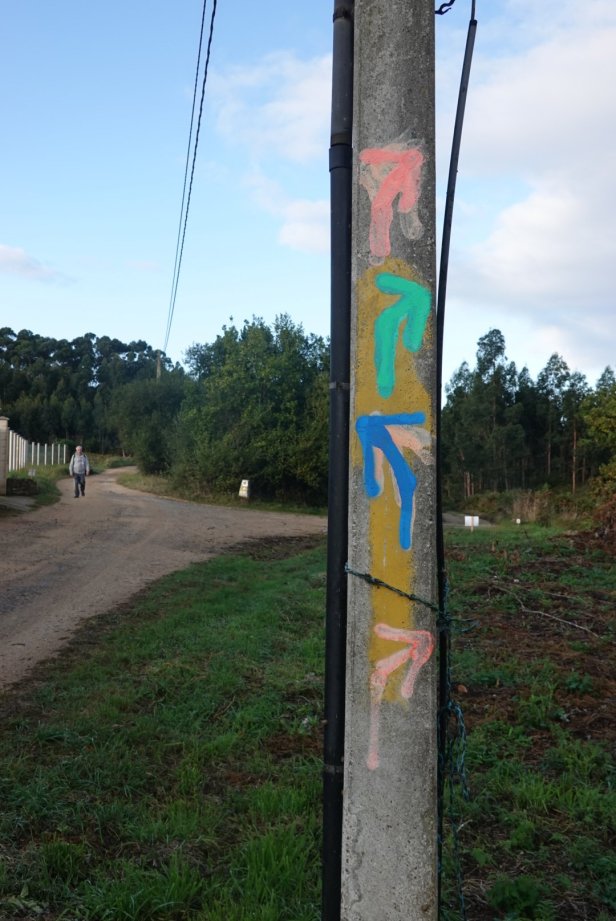 I ran into only a few other two pilgrims today. I walked with someone from Canada for a while but it was hard keeping up with her and I was bit relieved when she stopped for a coffee.

These innocent little dogs just looked at me but went crazy when this fellow behind me came past, pulling their restraint concrete block after them. 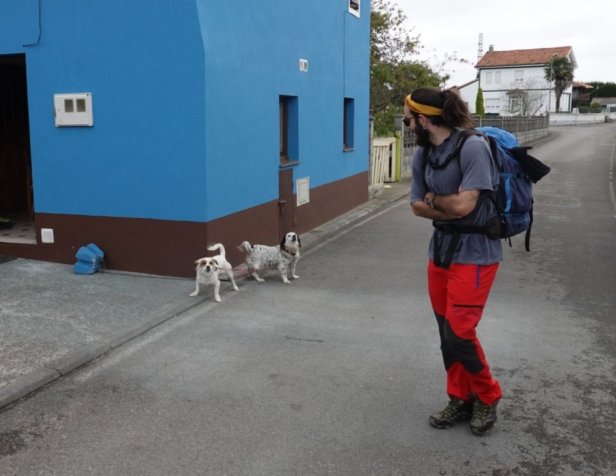 The lady in a house nearby told me everyone took photos of her pot plants.

The route passed near the sea at Soto del Barco. 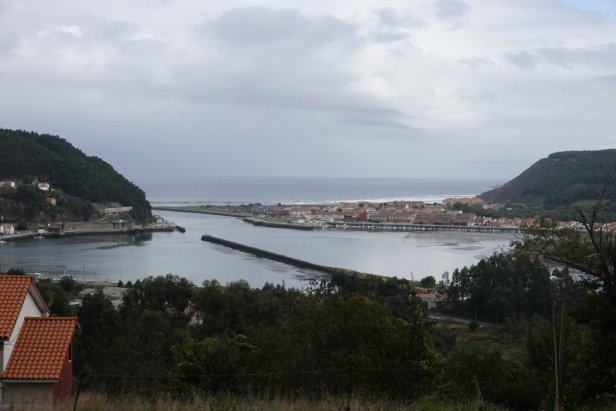 I don’t know what this guy was digging for – worms?

After having such a light breakfast, I succumbed to a Menu del Día again.

It wasn’t a long work today, just around 22km with about 500m of climbing and I arrived early.

This gave me time to pop down to the little nearby fishing village of Cudillero that’s become a tourist attraction. It was all downhill for a few kilometers and a climb back!

Quite a few pilgrims turned up at the albergue including the Italians I’d met a few days ago, a Dutch couple, a Taiwanese peligrina and some Spaniards.

We headed out for a ‘nearby’ restaurant tthat turned out to be about 20 minutes walk away. The clouds were beautiful.

At the restaurant I had an interesting time translating from Spanish for an Australian family and then talking in Italian with my camino friends.

I hope it staves off dementia!