Yesterday’s albergue was one run in a very traditional style. The hospitalero is José Almeida who has also written several books on the Via de la Plata. Our clothes were machine washed, though my trousers came out mysteriously still muddy and we were fed a nice dinner and breakfast, all for a donation.

Jose also explained to us that in the Middle Ages, Tábara was home to a monastery with an important scriptorium or book copying establishment. This one of the famous manuscripts from there now held in a Madrid library.

I’ve stayed in the same albergue as the Spanish guys in costume a few times now and  they are great companions.

They left early in the dark with headlamps but I caught up with them later in the day. The bordón or pilgrim’s staff has little bells that jingle. The hat was coming in handy to shop away flies.

Here’s an interesting old photo of someone dressed up in a medieval pilgrim’s costume.

The day was mostly overcast and windy with actop temperature of about 14. I managed to get a photo of the sun as it rose at about 8.45. 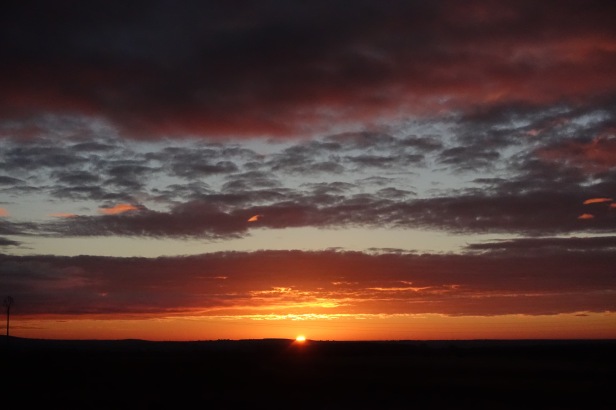 I met a Spanish couple along way and we chatted a little . A group of cyclists rode past. 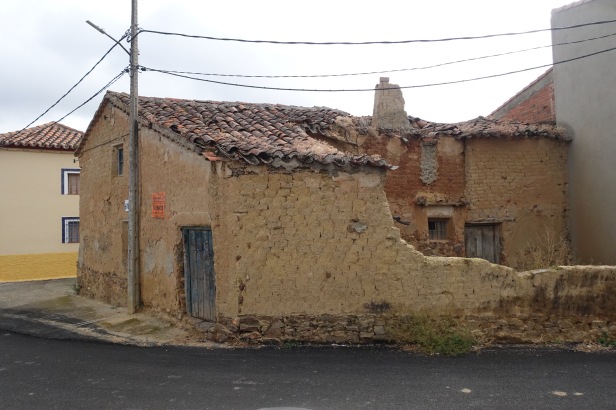 The walk to Santa Croya was only 22 km and I hadn’t had lunch so I bought some cured ham and sheep’s milk cheese to go with the bread I’d bought last night. I’m getting tired of tinned fish! 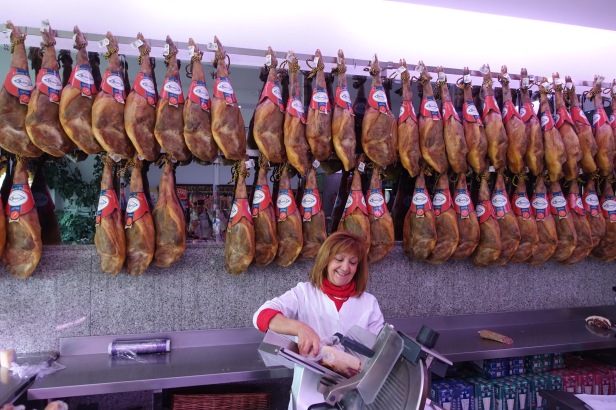 The 10th century church has a statue of Saint James, Santiago, which is the oldest known in which he is shown as a pilgrim , with cockle shell . It dates from the 12th century.