The albergue didn’t have blankets so for the first time after carrying it for 3 weeks, I slept in my cosy sleeping bag. It had been raining overnight and rain was forecast for today, so I also dug out my raincoat from the very bottom of my pack just in case.

Breakfast in the albergue 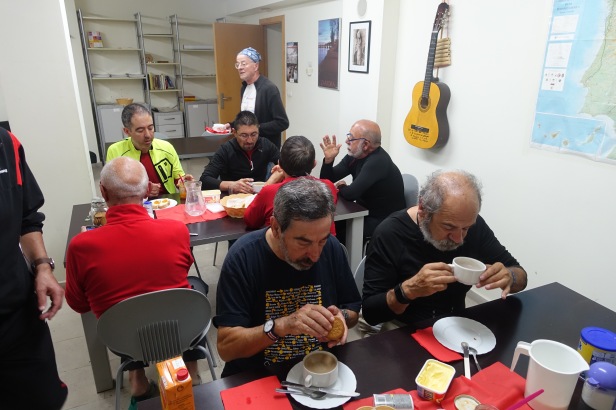 The choice today was a 40 km walk or a very short 18km day. I opted for the short day as my leg is getting better and I don’t want to stress it to much just yet.

Today is a national holiday in Spain and it was very quite indeed when I bumbled my way out of Zamora. The route today follows the same highway that I’ve been following for weeks so I thought that things should be pretty straightforward. 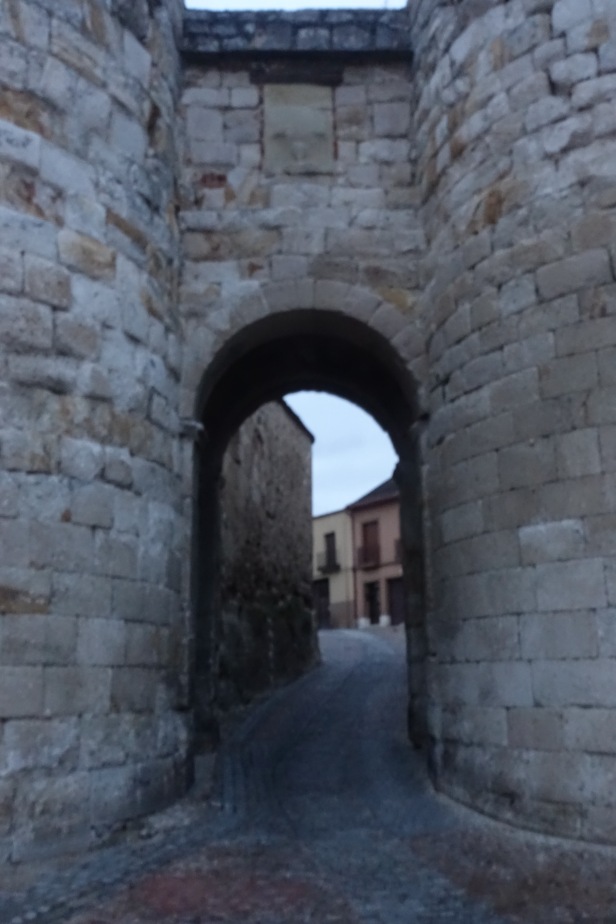 ﻿
I don’t know what these bushes with red berries are but I’ve seen them everywhere. This was a particularly nice one . I picked up the yellow arrows just out of town and followed them for 4 kilometres or so and then they disappeared . I kept following the main road but my path started to deviate from the GPS route however this has happened before.

A very strange thing was this railway line without tracks – obviously an abandoned project. 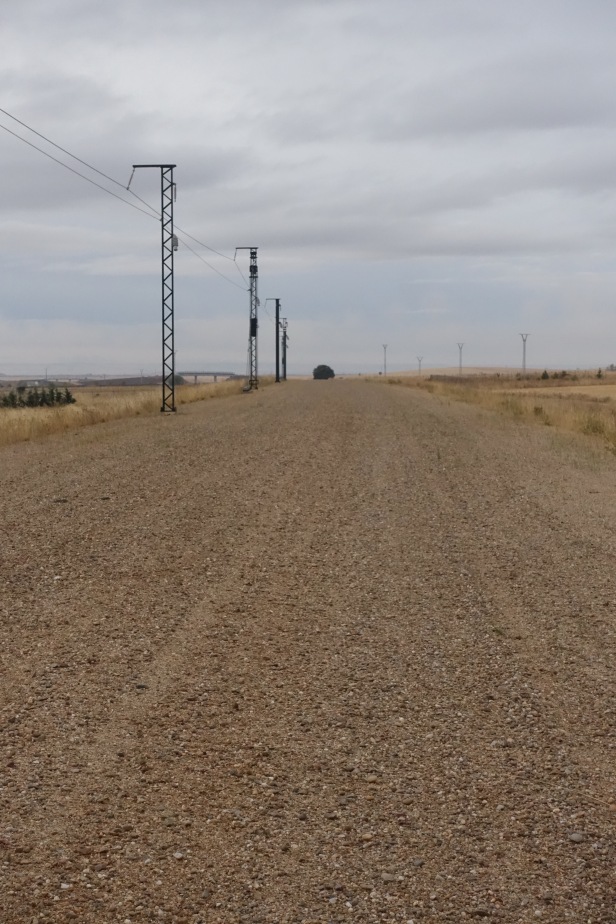 Around an hour later I was sure I was lost so I thought of trying my mobile using data roaming. Sure enough, I was on the wrong road and far off to the west. Luckily there was a road I could follow to regain the correct route after backtracking 3 or 4 kilometres ,

Eventually I was back on track. I caught  up with Antonio from Bilbao who was walking quite slowly and I decided to walk with him to practise my Spanish and because my feet were hurting after walking probably an extra 6 km on asphalt.

Now the irony of all this is that not long after, we came across the same incompleted railway line. If I had have known, I could have followed it and saved probably 6 km of walking! We could see rain showers off in the distance but luckily we didn’t get rained on. 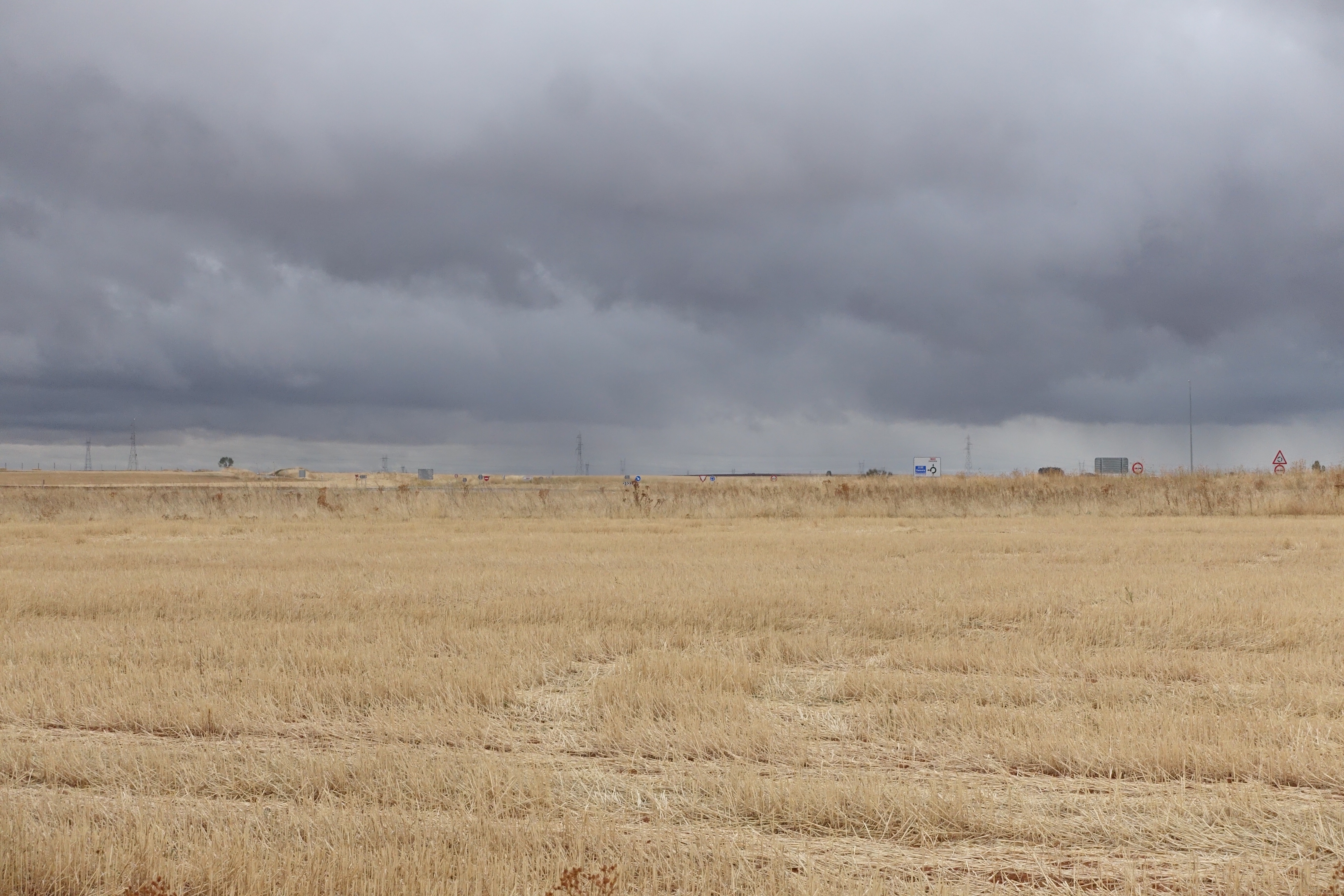 We reached the Albergue around 2pm and I splurged on a €9 3 course lunch .

A danish guy I met last night arrived shortly after I did. Like me, his 18km day had turned into a 25km one. He had called into a bar and asked and found the the arrows he had been following, obviously the same ones I had, were for a different route to Portugal ! He must have been in s slightly different track as I was way out in the country with no bars in sight !

The life of a pilgrim is not easy !