It was fine and hot for today which had the most climbing for some weeks.

The walk today was mainly through countryside although also largely on asphalt. 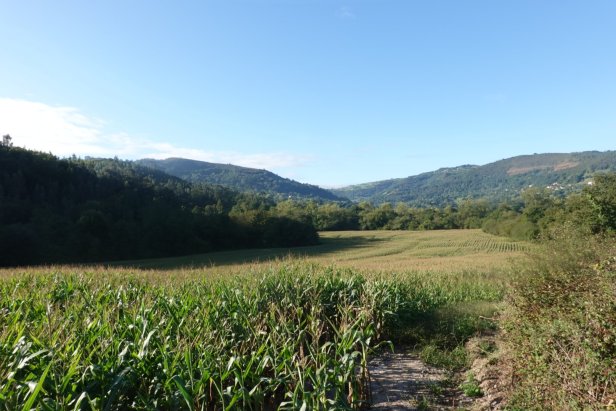 Lots of corn is grown around here.

The apples used to make cider are being picked at the moment although ‘picked’ isn’t really the right word.

The tree is given a series of wacks by a big stick and the fallen apples are picked from the ground.

I came across another little chapel looked after by locals that had a stamp for my credenciál, or pilgrim’s passport.

The lady living next door also had a table of fruit and drinks out for pilgrims and asked for a donation to cover costs.Not far from here was a fork in the road. Pilgrims have a choice of turning left towards Oviedo or continuing along the Camino del Norte towards Gijón. 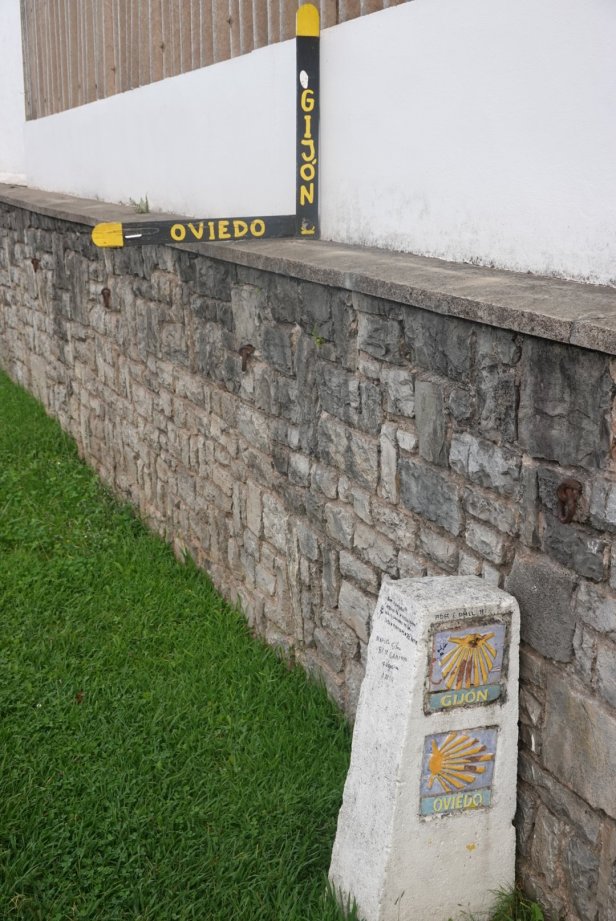 The route to Oviedo continúes towards Santiago as the Camino Primitivo, or you can loop back to my route.’Primitivo’ refers to the first pilgrimage to Santiago by King Alfonso II in the year 742.A few Spanish pilgrims have mentioned a poem to me which says that you should go via Oviedo, which I’m not.

Whoops! A black cat passed in front of me soon after.Here’s me soaked to the skin with sweat as usual. 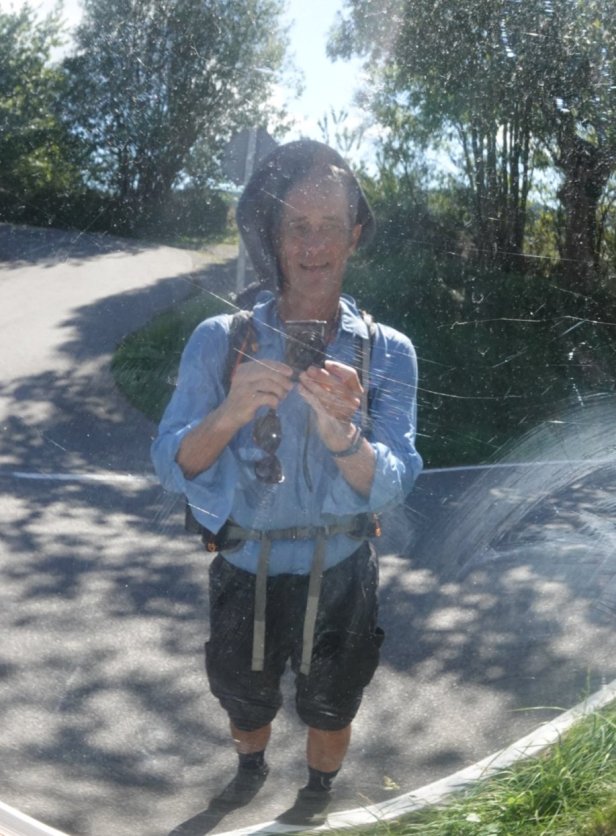 People in Spain like having garden features, such as this miniature horrio and haystack. 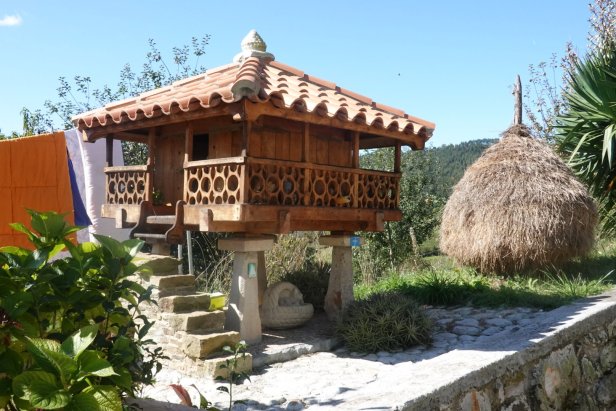 After two big climbs, the city of Gijon was visible off in the distance.

I found the last few hours really tough. It had been a hard slog with two big climbs and the day ended with a long walk through suburbs on asphalt with litle shade and in tbe hottest part of the day, about 3pm here.I finally arrived and found another city which had spread from it’s old centre along the beach.

After I checked in, it was off to the laundromat to give everything a good wash after two weeks of hand washing. Afterwards, did have the time and energy to walk around for a while.

Tomorrow is described by my guidebook as the most unpleasant section of this camino with a lot of industry.