Leaving La Isla a bit late this morning after a long sleep, a ran I to a 15km fun run. In fact I came across the runners 3 times, once on a narrow path with them coming the other way! 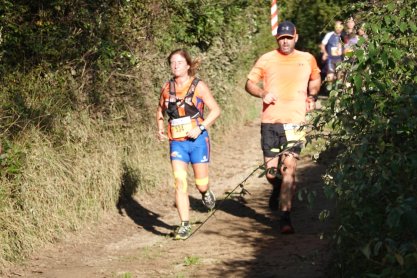 About this time I came across Burke who I’d met the other night and his mum who is in her 80s. This is her 2nd walk to Santiago and they’re progressing at the same pace that I am. 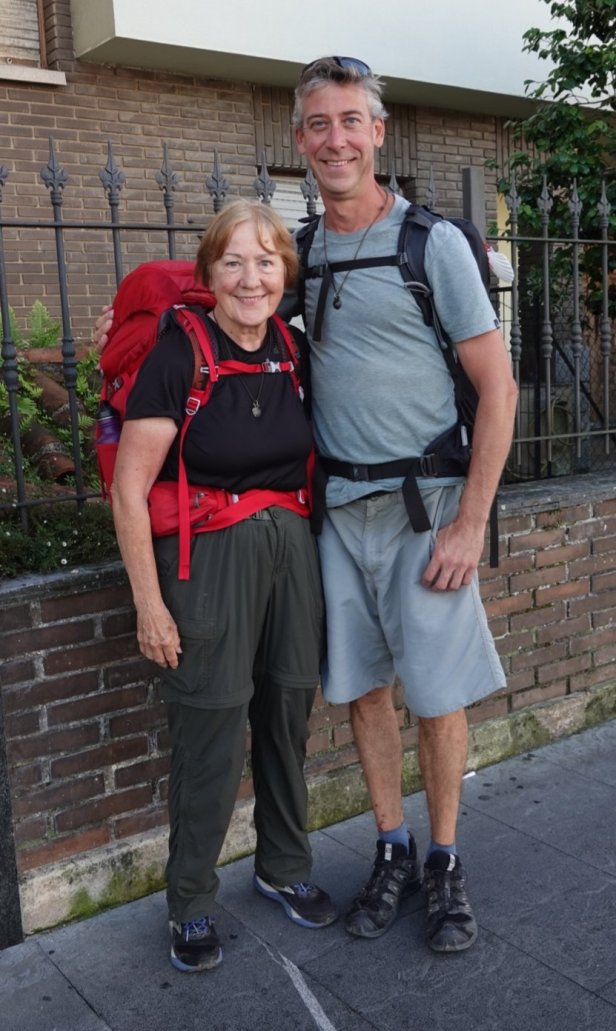 Today was the first for quite a while in which there wasn’t time spent walking along the coast. The countryside and little villages were very pleasant. 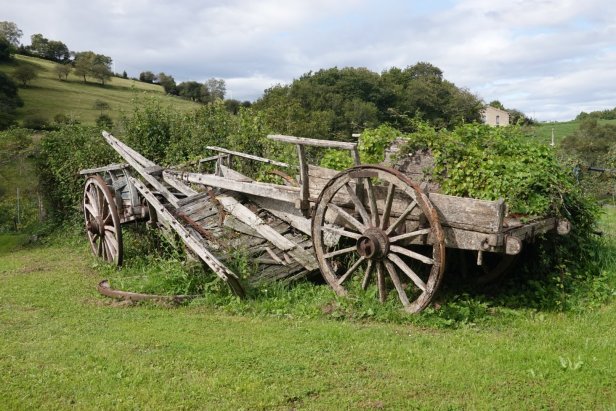 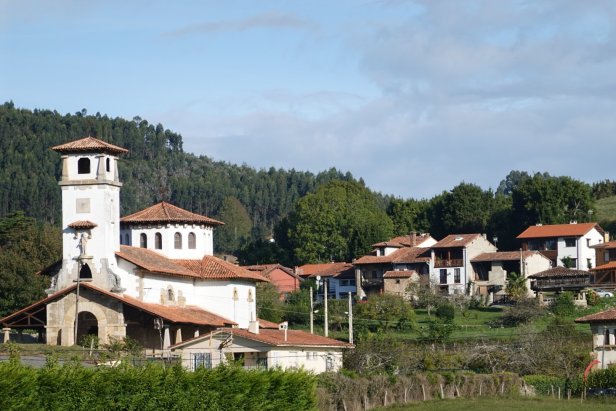 I saw many more horrios, or elevated grain stores. They’re certainly handy to park or hang your washing under. 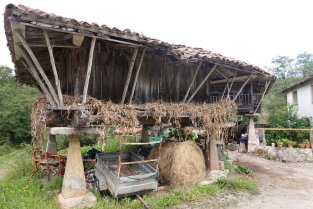 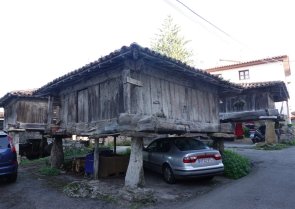 I walked for a few hours with Maria from Seville. Having a walking companion does make the time go faster and it certainly gave my Spanish a good work out. 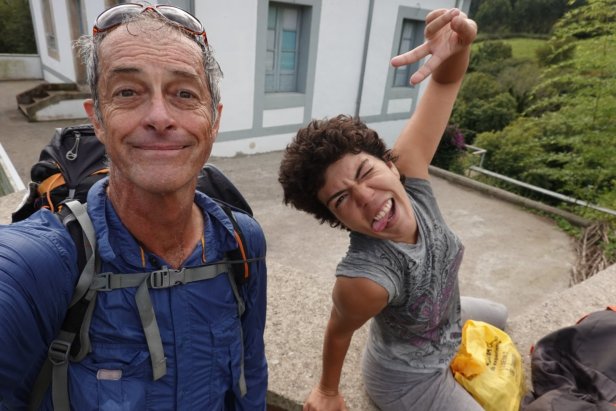 At Priesca, there’s a church founded in the 10th century, though probably much added to over the years. 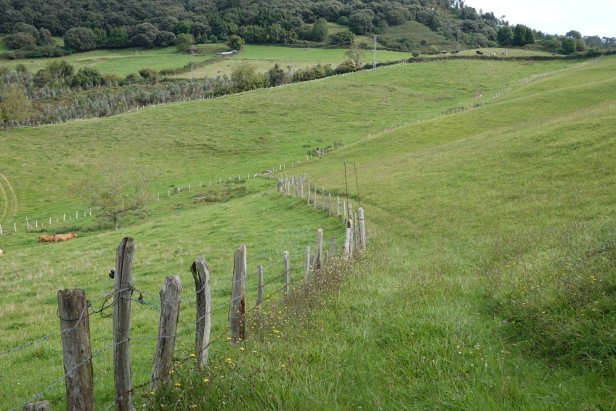 I came across 3 French pilgrims who’d decided to cook up some corn for lunch.

I wonder where they got the corn from?

For a while, I followed one of those ancient stone paths I first came across a few weeks back.

There are lots of apples trees around here. They’re a small type that is used to make cider.

After around 5 hours, I arrived in the little town of Villaviciosa which is a centre for cider production. I’m staying in an old hotel in the centre of town. 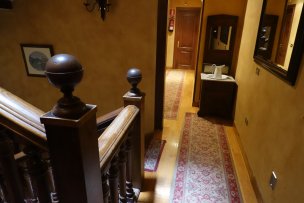 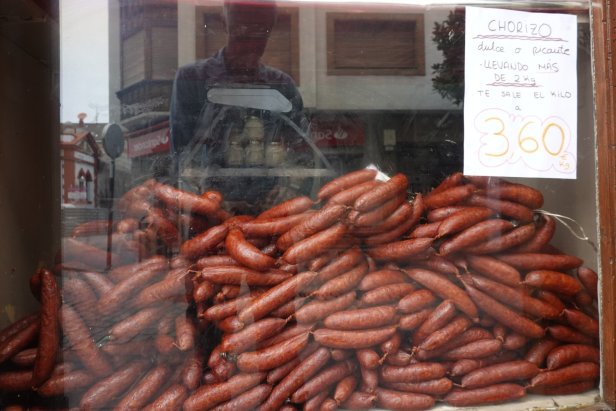 The church of Santa María de la Oliva was built in tbe 13th century. It has an interesting, but unfortunately crumbling, portal. 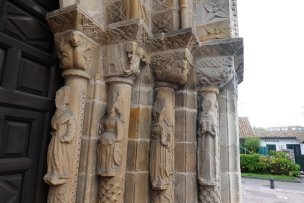 Luckily I ran into some pilgrims I’ve met probviously at a restaurant so I had company for dinner. I tried a local speciality called falada – beans, pork and black pudding. 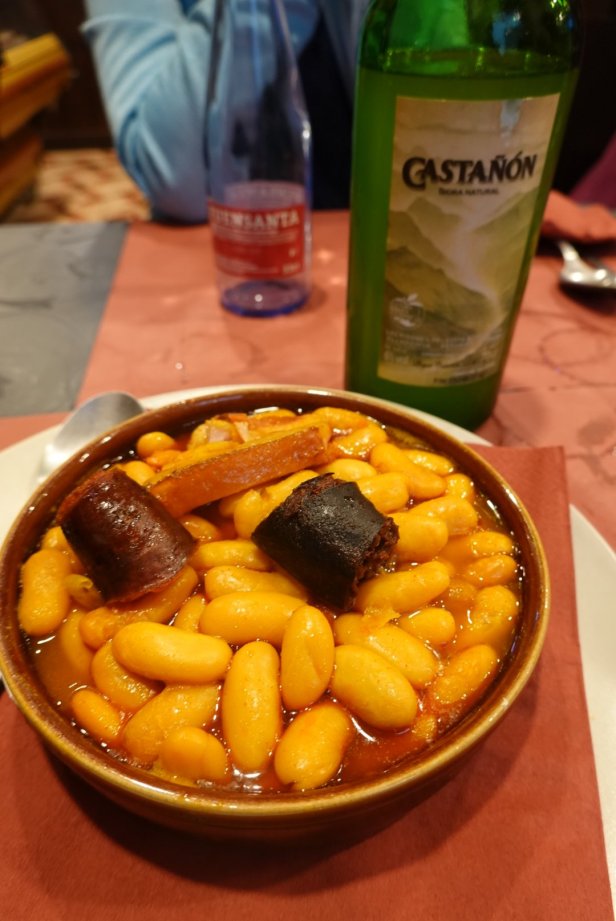