It took a lot less time to get through the suburbs of Padova heading south than it did to arrive from the north.

Before long, I was walking along one of the banks of the Battaglia canal .

This canal was built between 1189 and 1201 as a means of draining the then swampy lands and also to provide a method of transport between Padova and the Adige River .

Here’s an old bridge across the canal.

Interestingly the shrines along the way weren’t the usual ones to Mary but rather featured St Anthony.

For a while the track was gravel but unfortunately I soon came to a long stretch of asphalt . Vehicles using it weren’t slowing down to pass me! It had a bit of a ‘North by Northwest’ feel to it, though without the crop duster thankfully. 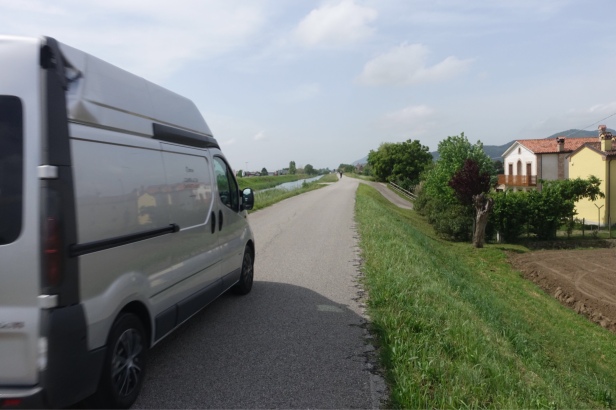 I saw this place across the canal . It looks like someone had emigrated to Queensland, where I come from, and returned to Italy.

There were a number of impressive villas along the route .

This one is the Castello del Catajo which has 350 rooms. It eventually passed into the hands of the Austrian Hapsburg royal family but the Italian state took it as part of war repatriations and sold it to a private family in 1928. 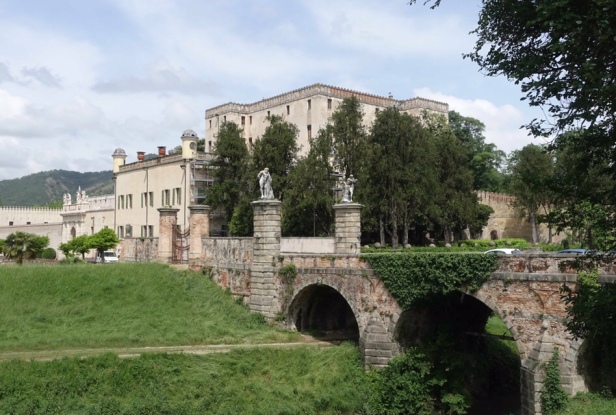 My wife, daughter and I stayed in the agriturismo part of Villa Emo over 20 years ago . I remember being told the building visible from the road was a folly for garden parties and dances.

Thank goodness the path eventually reverted to gravel with much lighter traffic!

I disturbed this gaggle of geese and they made an incredible racket. It made me think of the geese that saved Rome from the Gauls. 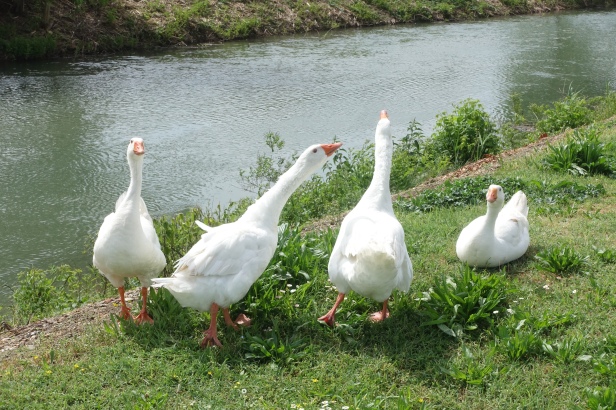 The little canal port town of Battaglia Terme has a collection of old boats. 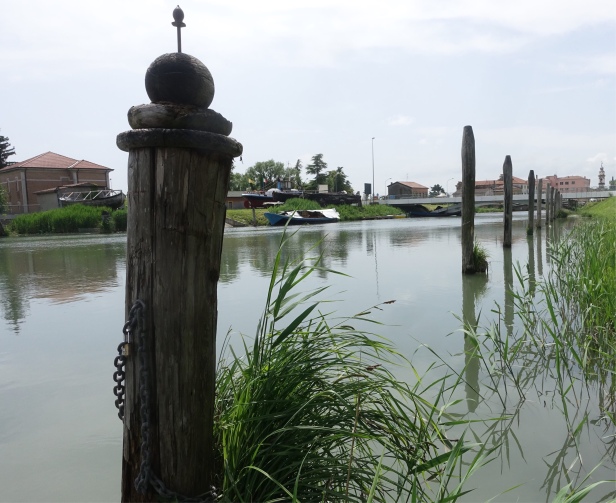 At one point, this little canal actually passed under the Battaglia canal, a piece of engineering from the 16th century!

It was very difficult to capture this on a photo so here’s a drawing from the information board .

The country side is attractive and reminded me a little of the Glasshouse Mountain area at home because of the volcanic core hills and red soil, except grapes are grown instead of pineapples! These are the Euganean Hills. 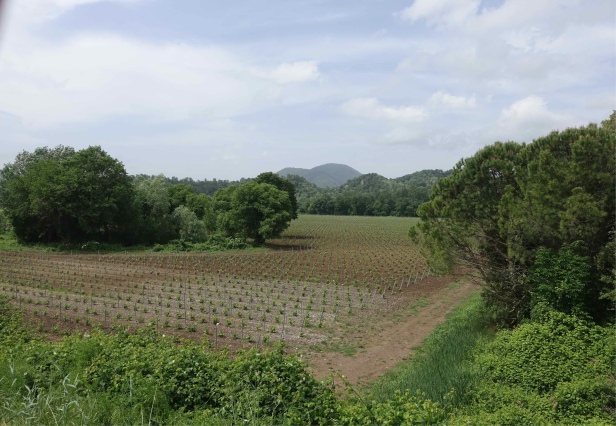 It wasn’t along walk, and I arrived in the walked town of Monselice mid afternoon.

The cathedral was a bit of a surprise .

I had a nice dinner including a classic Venetian dish of sardines in sauce , whipped baccalà and polenta.

The friendly owners of Le Due Rosa al Santo..,

Tomorrow I’ve got a longer walk to Rovigo but still across country as flat as a pancake.

4 thoughts on “Padova – Monselice May 4”