I spent today wandering around Padova wearing my crocks without socks which gave my feet a good rest. Here are a few random observations from my day of leisure.

If I lean out of my second floor bedroom window and twist around I get a view of St Anthony’s Basilica .

The basilica gets over 5 million visitors a year. St. Anthony is so popular in this part of Italy that he is usually referred to as ‘Il Santo’ – ‘The Saint’

In 1991 thieves stole St Anthony’s mandible from the Basilica and it was later recovered in a field near Rome airport. According to some reports such as this one, it was a Mafia operation .

Whilst visiting the basilica, I got their stamp on my pilgrim’s passport which is slowly filling up. Most of the hotel stamps are so big I’ve had to get them stamped on an angle to fit in. 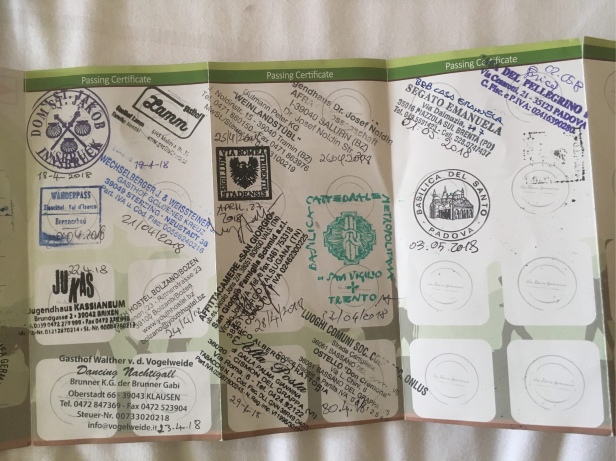 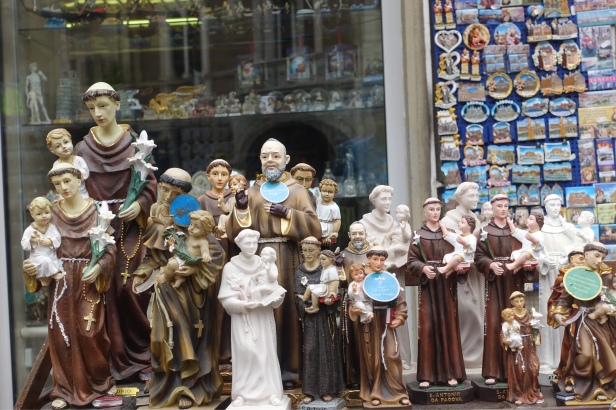 The architecture of Padova is reminiscent of that of Venice which is less than 40km away , 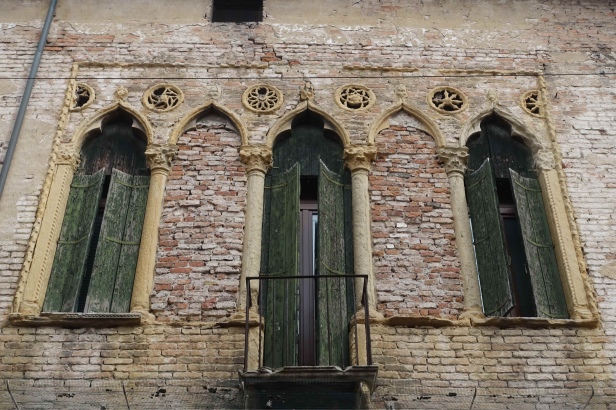 The market at the Piazza delle Erbe is said to have been in operation for 900 years. Next to the piazza is the massive Piazza della Ragione or town hall building dating back to the 12th century. It’s visible in the background of this photo.

Asparagus is in season.

The Cornato Lodge and Odeon were built in the first half of the 16th century by a wealthy Venetian nobleman as a place for drama and music performance.

It’s got some strange decoration!

There are a lot of pretty corners of the city. 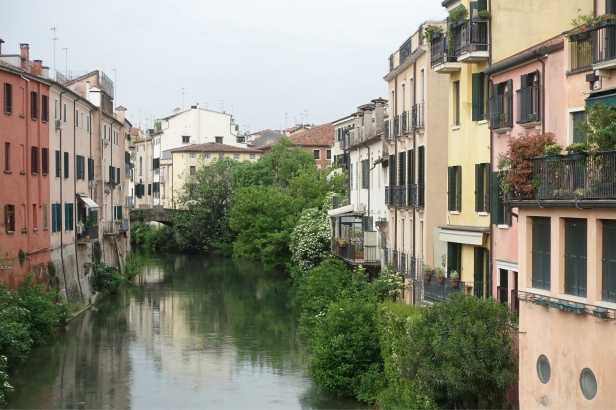 Whoops! I didn’t realise that this ice cream would be so big! 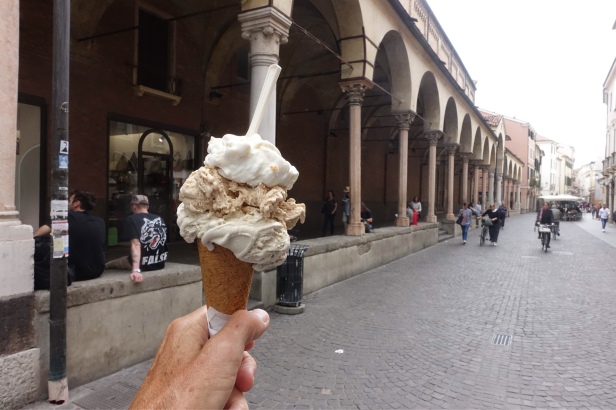 Padova has an usual system of single rail trams with rubber tyres, developed in France.

Tomorrow it’s an easy 21km walk to Monselice as I head south towards the River Po.