The cat lady disappeared as soon as I asked if I could take her photo!

There seems to be an active basketware industry alive in Baños – pity travelling with a backpack makes it impossible to pick up souvenirs.

I had dinner with the two Australian women and a Dutch guy. It was fascinating to hear that they had been walking in s group of 8. I haven’t seen 8 pilgrims in one place , let alone 8 who were compatible enough, especially in walking speed , to stick together !

The road from Baños goes up into the hills through the pass that marks the border between the region of Extremadura and that of Castilla – León . My path took me along a restored section of Roman road and at this point you can see three roads. To the left is the state highway that I’ve been following for three weeks and that I’ve had to walk many kilometres on. Farther again to the left is the autopista or freeway which I’ve passed under and over many times. 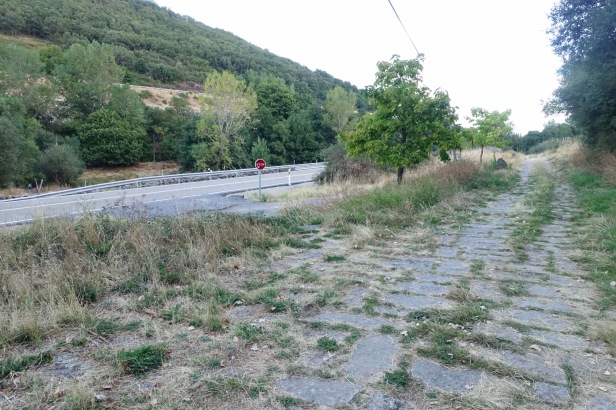 The path was very pleasant with lots of green as I passed through the mountains. 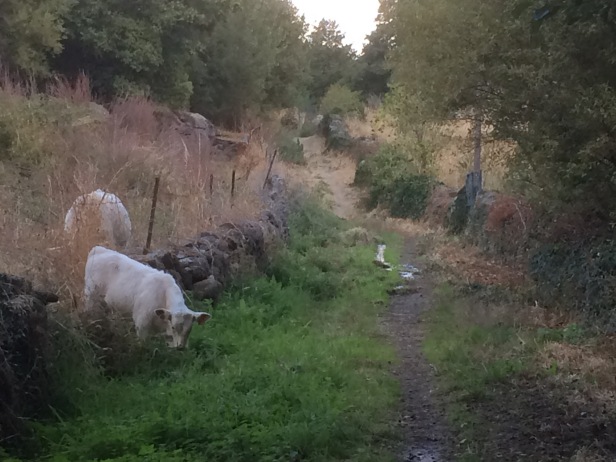 I passed through the village of Calzada de Béjar with these interesting houses.

I passed many milarios or Roman milestones. This one was number CXXXIV meaning it was 134 Roman miles from Mérida.

A Roman mile comprised mille passum or a thousand paces . A pace meant the distance between each time the left foot hit the ground or approximately 1.48 metres. So this one is about 198km from Merida.

This reproduction showed what they originally probably looked like.

This section of road was so straight that it had to be following the route of the Roman road. Sure enough after a while I came across another milestone.

After walking alone all day, in the middle of nowhere these people passed me heading the other way! 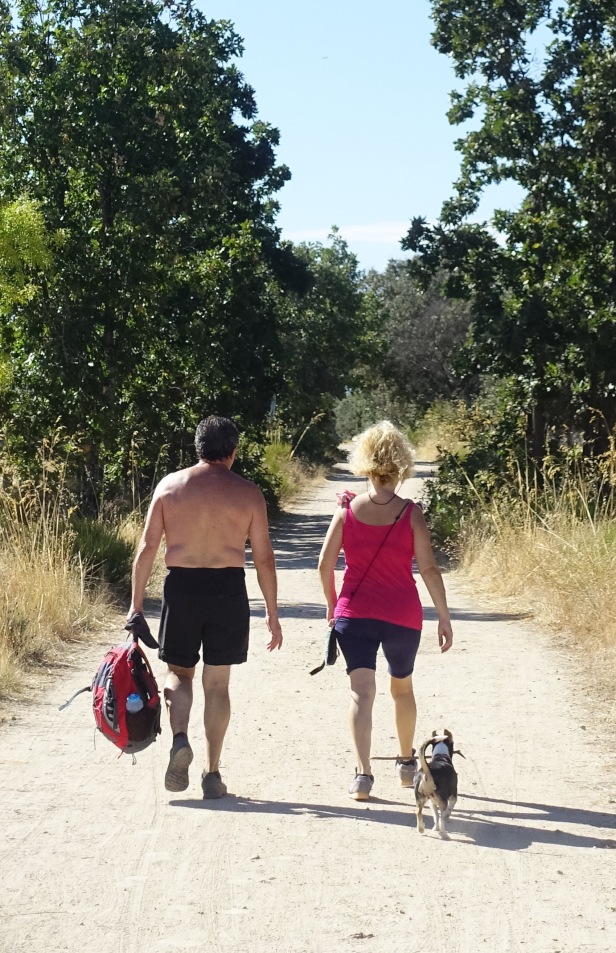 In the afternoon I passed through another small town. The lure of a refreshing   ale  after 29km walking was too great so I popped into the ‘Bar Pelegrino’ 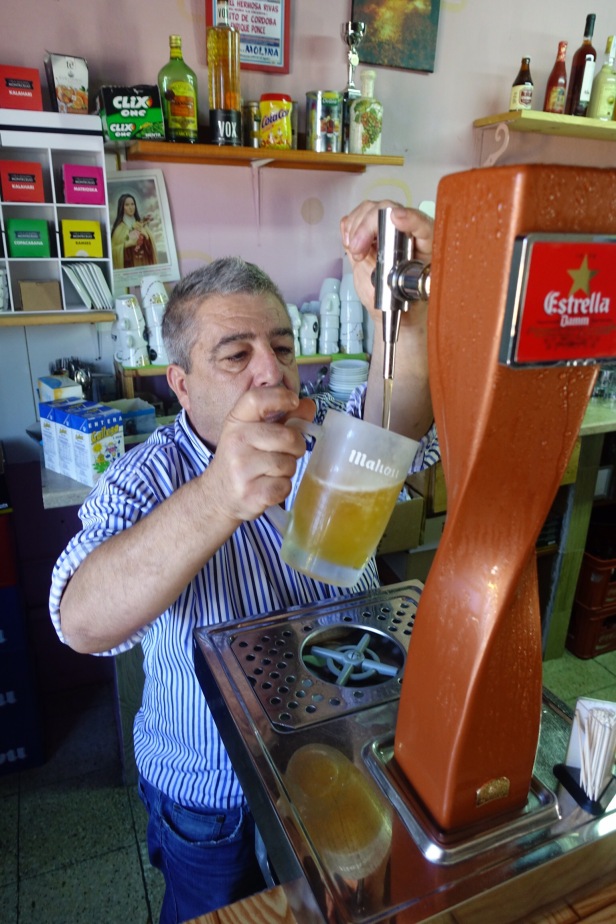 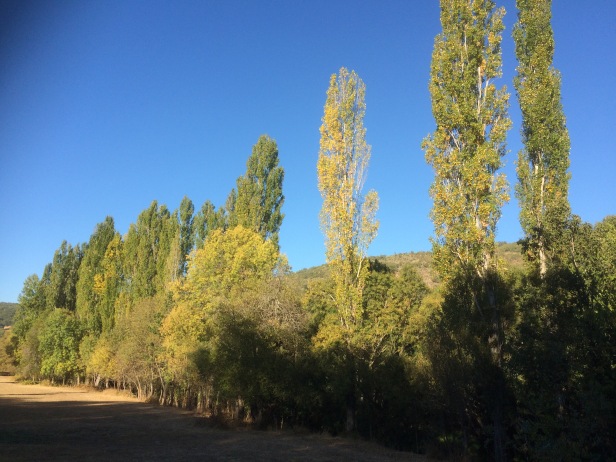 I arrived at Fuenterroble at about 3 after 7 hours of walking and 31km. The day was a bit easier than yesterday as it was mostly on gravel roads or trails – little bitumen ! Also the signage seems to be clearer and more consistent here in Castilla than in Extremadura though there’s no more of those cubes!

I found the Albergue quite full

and met a few of my friends from a few days back. There are quite a few Italians in the hostel and even one of the volunteers is from Ferrara. I even ran into Bruno and Maria  who I hadn’t seen for weeks ! 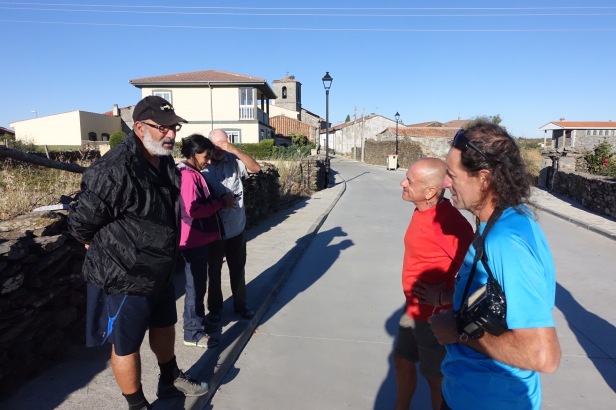 As we’re staying in an albergue run by the local parish, we had a tour of the local church which is of a beautifully simple Romanesque style.

There was a statue of Santiago as s pilgrim and a curious wheel with different sized bells.

﻿
Tonight we have a group dinner in the albergue  – photos tomorrow !