My walk along the Via degli Dei is still a few weeks off, but I thought I’d explore part of the first day’s walk along the valley of the Reno river. I decided to take a train up to Sasso Marconi and walk the 15 km back to Bologna. Things started off OK with a pleasant climb in light rain, passing a waterfall. 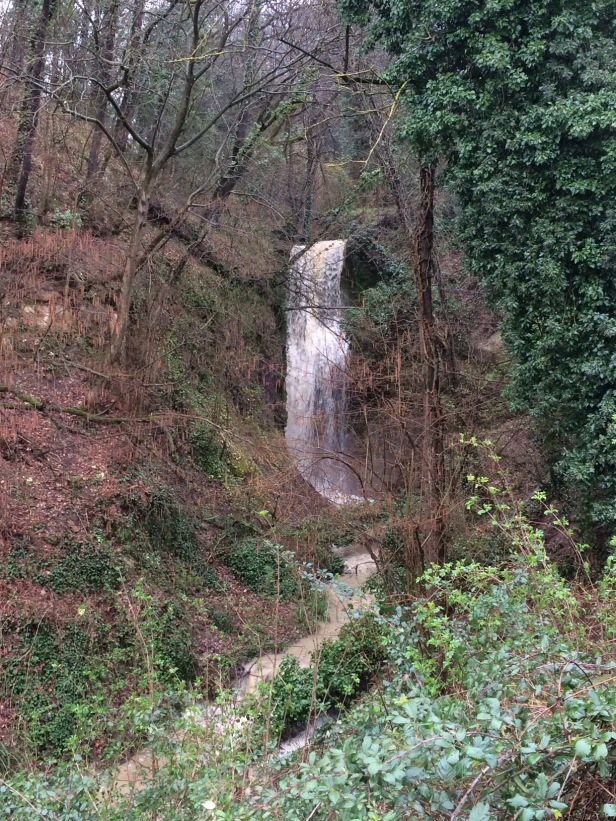 There were pleasant views looking north up the river valley towards Bologna. I passed what would be a wonderful picnic spot in summer. 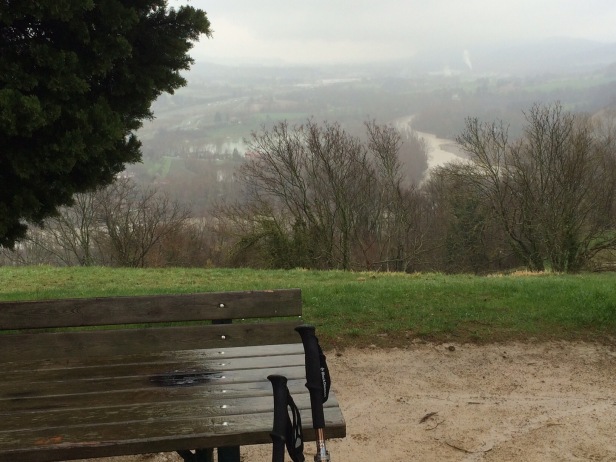 I started coming across tracks that were quite wet and I had to start hopping over pools and diverting across country. This is always difficult in this area as there are a lot of plants with long sharp thorns.

After an hour or so of asphalt road, I finally found somewhere almost dry to eat my lunch!

I had views of the river, which was flowing quite strongly.

Things then slowly started going downhill. The path got more and more soggy and muddy until I finally arrived at a small stream. I couldn’t find anyway around it so I had to walk straight across. The water was unexpectedly deep and came up to my knees. I now had water in my shoes which was quite cold, as it was a 5 degree day. Every time I thought I’d passed the worse, a greater challenge presented itself. For example, here I had a steep descent of around 3 metres down a muddy slope, a rushing stream too wide to jump, then a steep ascent up a slippery muddy slope.

By now I’d gone too far to turn back, but it seemed impossible at times to go forward. The mud was getting very thick and I was sinking deeply into it. This made it hard to pull my boots out at times. 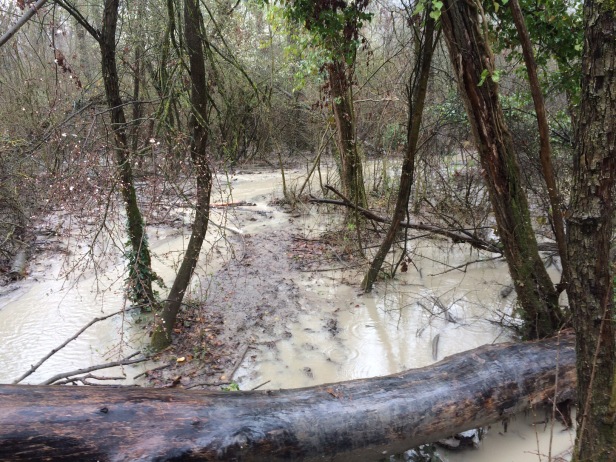 I was getting constantly scratched by the thorny vines as I tried to avoid deep running water and slippery mud. There were a lot of  fallen trees to scramble across. At least the ‘path’ was well marked with the Club Alpino Italiano red and white signs!

My 15 km walk ended up taking over 5 hours but I eventually made it through. It’s a pity that neither of the guide books I have mention the fact that this part of the route becomes a swamp after a bit of rain and you should take the alternative hill route, even though it’s on windy asphalt roads. Luckily this was a day walk. If I had have headed off on my 5 day walk to Florence , it would have been impossible to continue with sodden shoes and all my clothes wet through and muddy.

I was finally rewarded with a beautiful view of the Basilica of San Luca in the mist as I approached Bologna across the hills.

3 thoughts on “A Day in the Swamp”