Overlooking the city of Bologna is the Sanctuary of the Madonna of San Luca, an important symbol of the city. The current baroque structure dates from 1723, although a church has existed in the site from at least the 12th century housing the icon of the Madonna and child.

Tradition has it that the icon was painted by Saint Luke (San Luca in Italian). In 1443, prolonged spring rainfall threatened to destroy that year’s crops. The icon was carried down into the city and the rain ceased. Since that time, there has been a procession carrying the icon down into the city every year where it remains for a week before being carried back up again. There have only been two occasions in which the descent did not take place. The first was in 1849 when the city was occupied by the Austrians and the second in 1944 during World War 2.

A roofed arcade built in the 17th and 18th centuries covers the entire distance of almost 4km up the hill from the Saragozza Gate to the Sanctuary.

These days the procession begins  at the Saragozza Gate which was embellished and expanded during 19th century to make a grander entrance into the city for the icon.

The icon proceeds to the Cathedral in a procession of religious groups and clergy. Rose petals are thrown down by spectators looking from windows above. 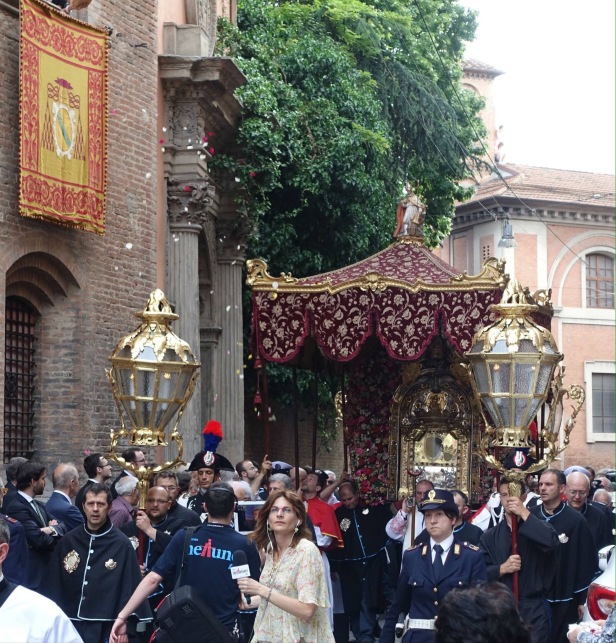 The icon remains in the Cathedral for a week  and then returns to the sanctuary in another procession. This time, the procession is composed of many community groups plus whoever wishes to join in.

Here the icon leaves the cathedral.

There is dismay on the faces of some of these clergymen as the icon is almost dropped after one of its numerous stops along the way. 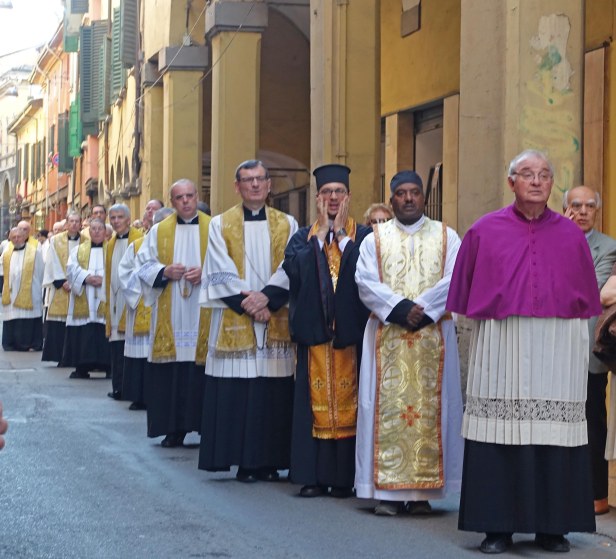 The crowd following the procession becomes quite large.

One group was dressed in period costume. The girl is a bystander who wanted a photo taken with the group. The friend taking the photo apologised for taking so long to take the photo. The man in costume said ” take all the time you want, I could stand all day next to this pretty girl”. 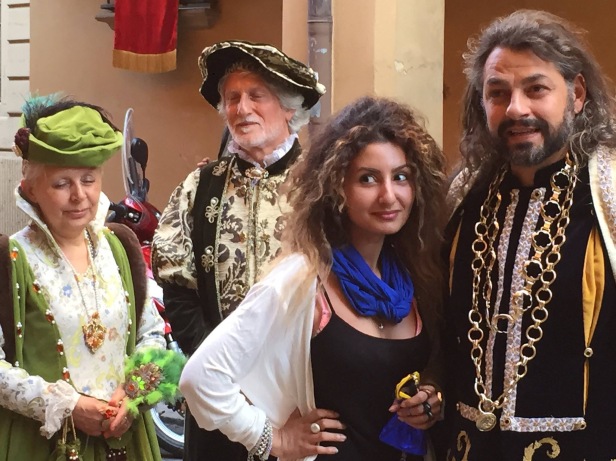 See my new blog for more on Bologna Bologna and Beyond

One thought on “The Descent of the Madonna of San Luca”