Well I had my own bedroom in a very clean and central Pension La Mar but I could hear someone loudly snoring in the next room so it was ear plugs again!

I’d decided awhile back to walk a fair distance today and I’d made bookings so despite my cold I put in a big day. 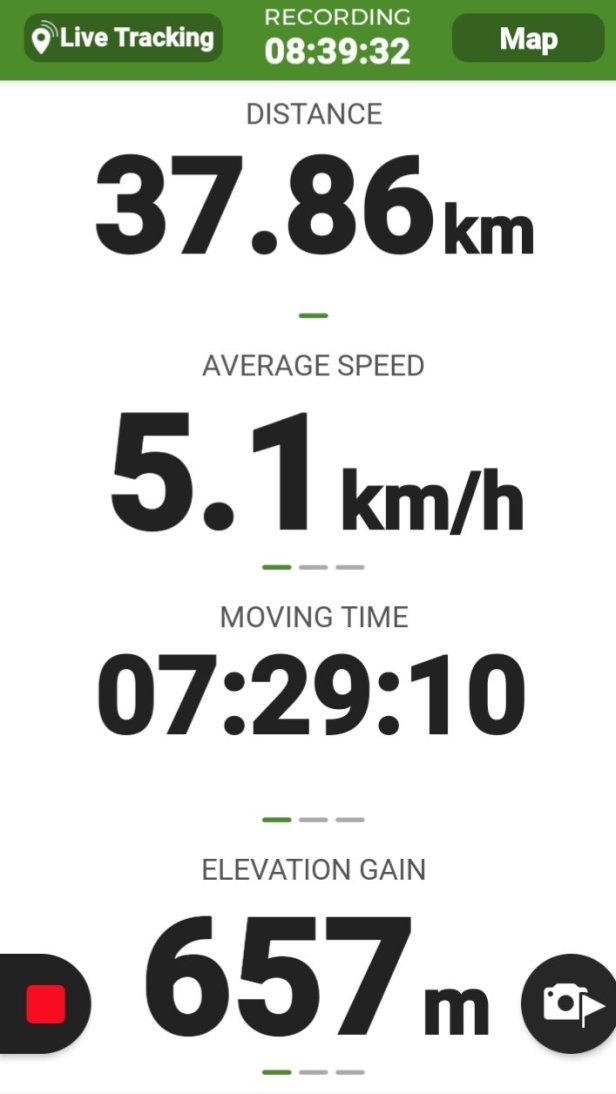 I took an alternative route out of town along the cliffs with a view back to tbe east and the rising sun.

A tall grass grows all along the cliffs.

After following the coast until the little town of Islares, the camino heads inland.

I met a Brazilian guy and we walked together for a while. His Spanish was very clear and so we had a good conversation. His grandparents had migrated to Brazil from the same part of Italy that my wife’s family come from.

There are lots of vegetable gardens around here. 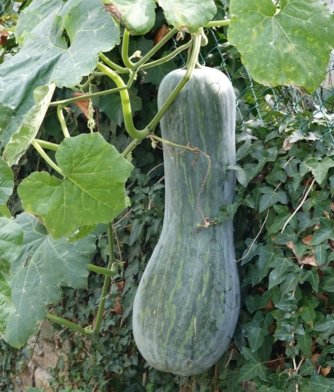 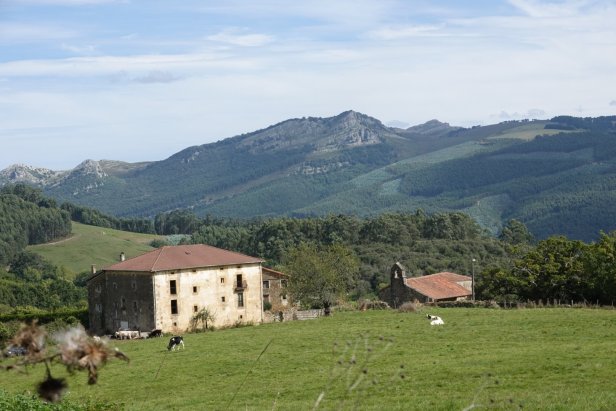 After about 15km there’s a substantial climb over a range to Liendo.

The hills were covered with eucalyptus trees, a very invasive species in Spain.

In a day you get many people wishing you ‘Buen Camino’ and this house even had a sign up.

This frog was barely bigger than my thumbnail. 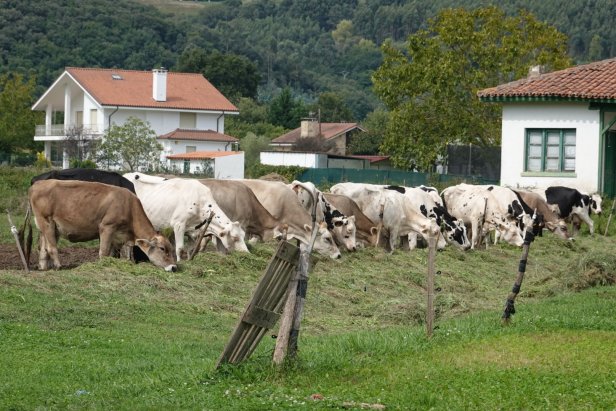 At Liendo, I stopped for a refuel as I’d been walking for 5 hours. 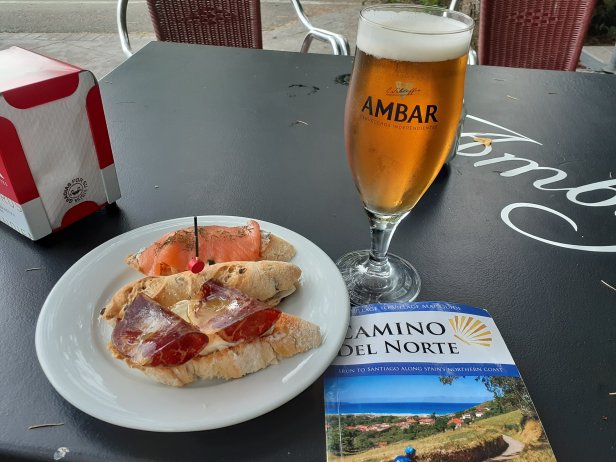 There was a wedding in the village church. 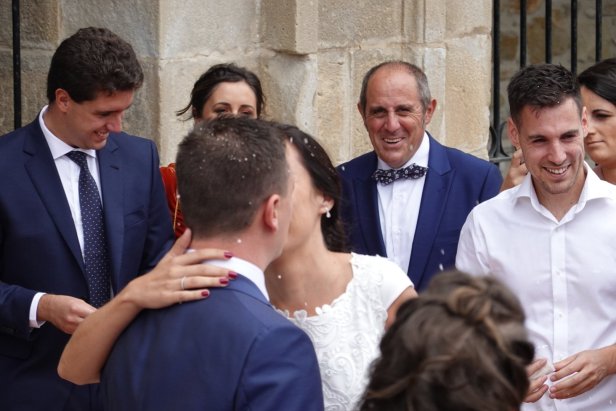 After Liendo, there’s another climb up across the cliffs to Loredo. 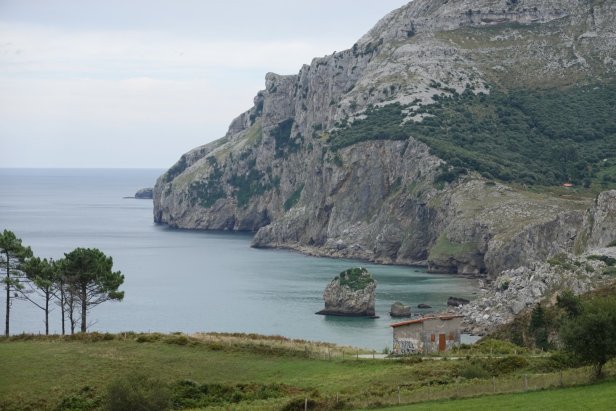 At the top, the wedding photographer was taking some shots at the site of some sort of industrial archeology.

Finally after around 8 hours of walking, Loredo, another beach resort, came into view.

The only other walkers I came across in the afternoon was a young English couple. 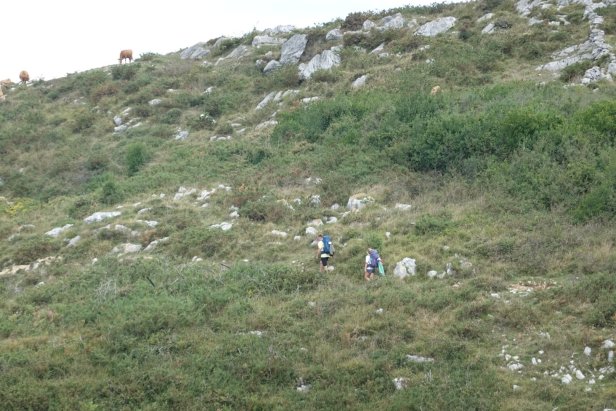 Laredo has a medieval festival on this weekend. 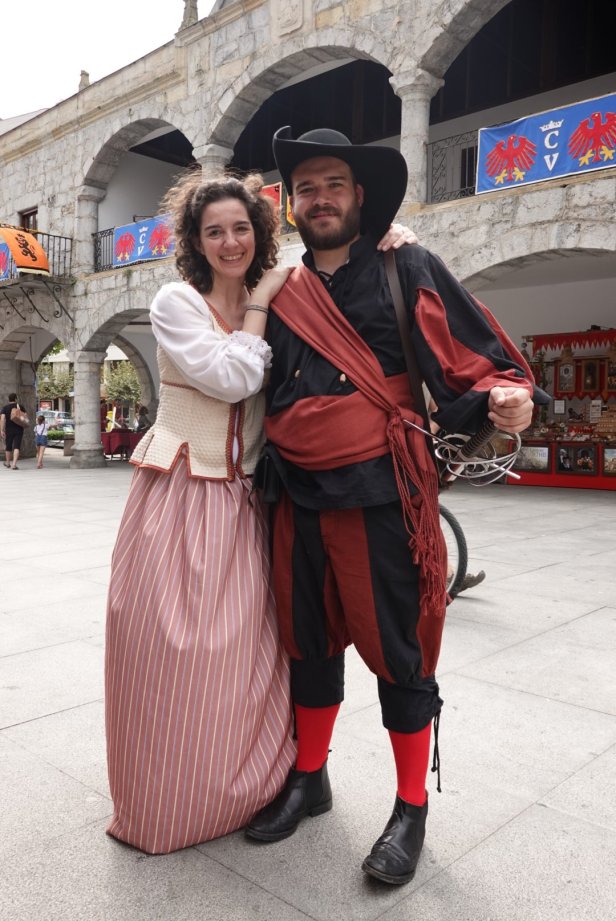 I managed to catch the parade. 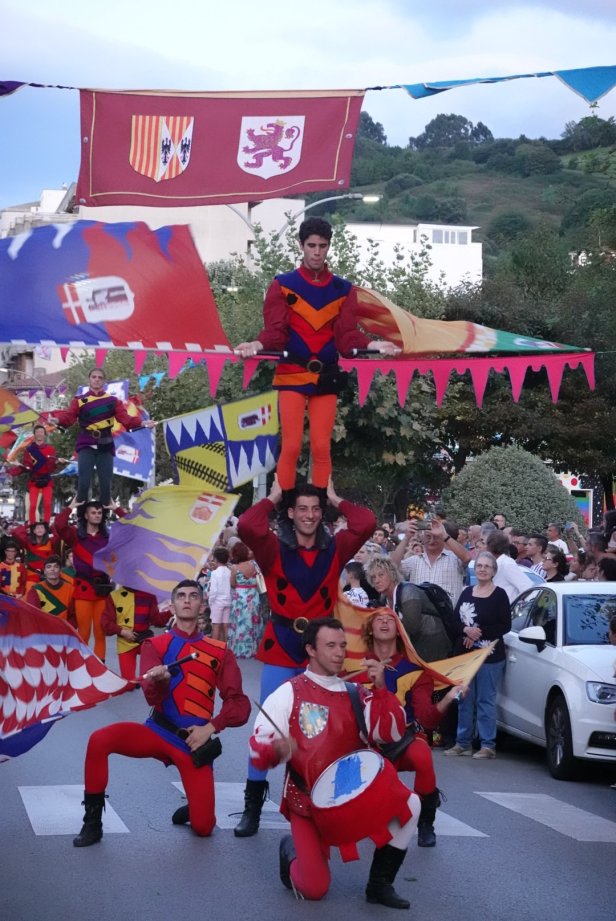 The strange thing was that these guys from Italy put on a wonderful display, but no one clapped!

The parade had hundreds of performers and people in costume.

Apologies to any vegetarians reading this, but I partook of a plate ( wooden of course) loaded with susages and pork cooked over the coals.

There were many activities but what caught my eye were the ‘medieval ‘ wooden manual fair rides such as merry-go-rounds and Ferris Wheels for small children.