It was a long walk today whilst only about 25 km, there was something like 1,300 metres of climbing.

I managed to hit my head on the low ceiling heading down to breakfast. Those medieval folk must have been very short 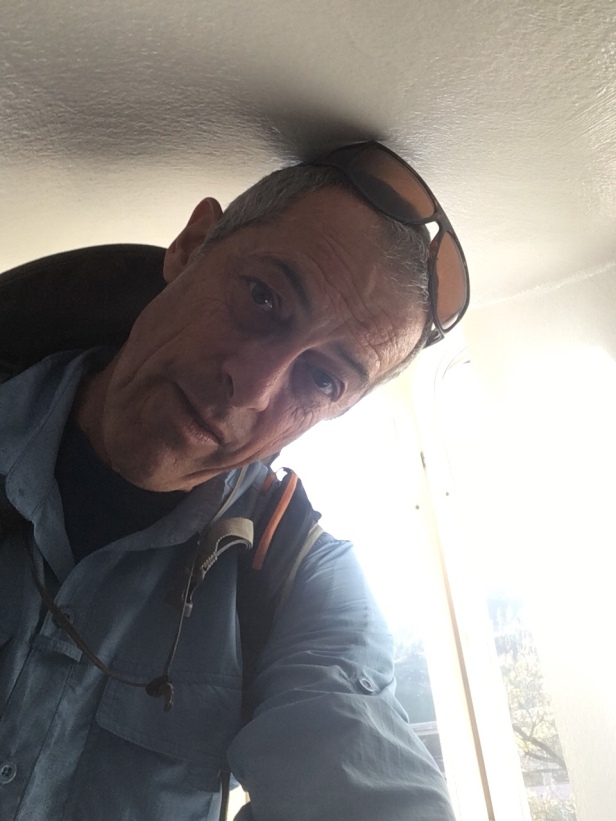 Breakfast was good with lots of temptation. 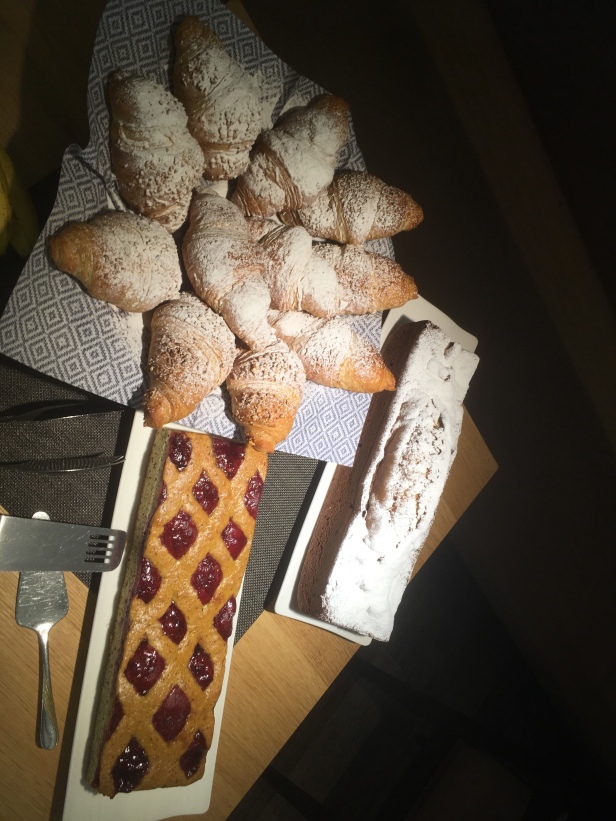 Leaving town I passed the point where a tributary flows into the Isarco river, swellings rushing waters. Last night I was lulled to sleep by this sound as the hotel was next to the river 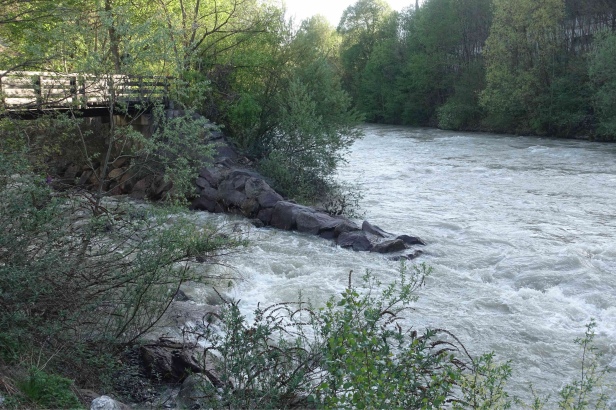 After walking along the river for a while, the path soon headed up the side of the hill.

There was lots of water heading down to the valley. 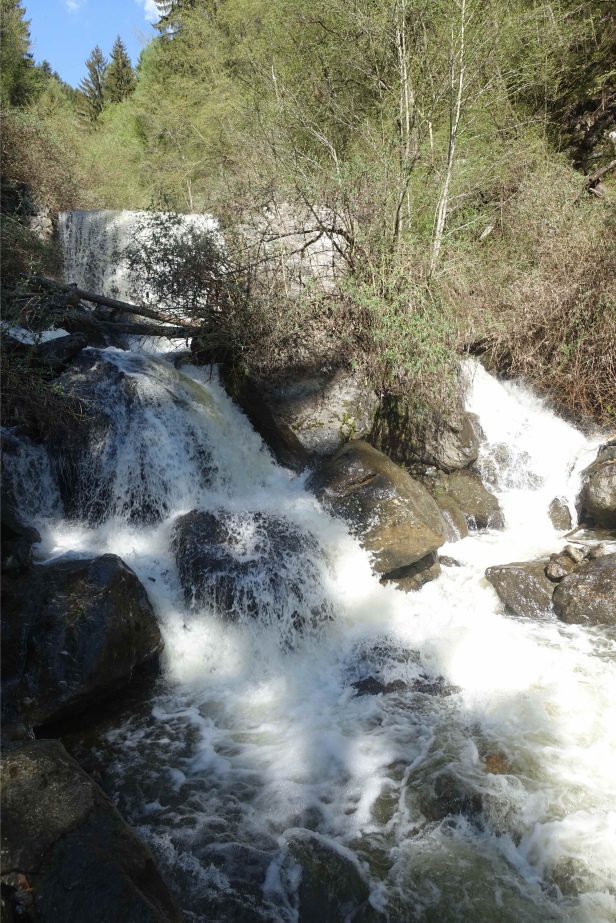 I wasn’t sure which way to go at one point, but these guys who were repairing the pathway up the mountain helped me out. 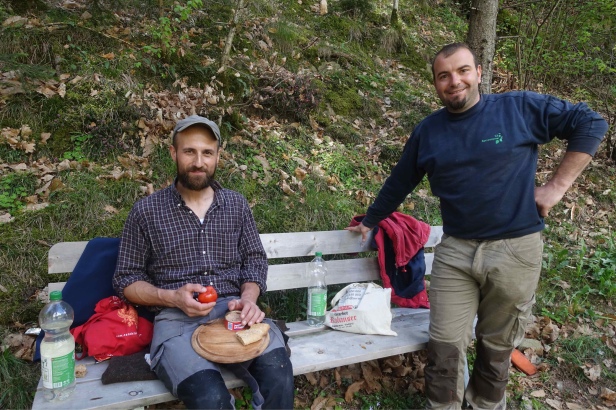 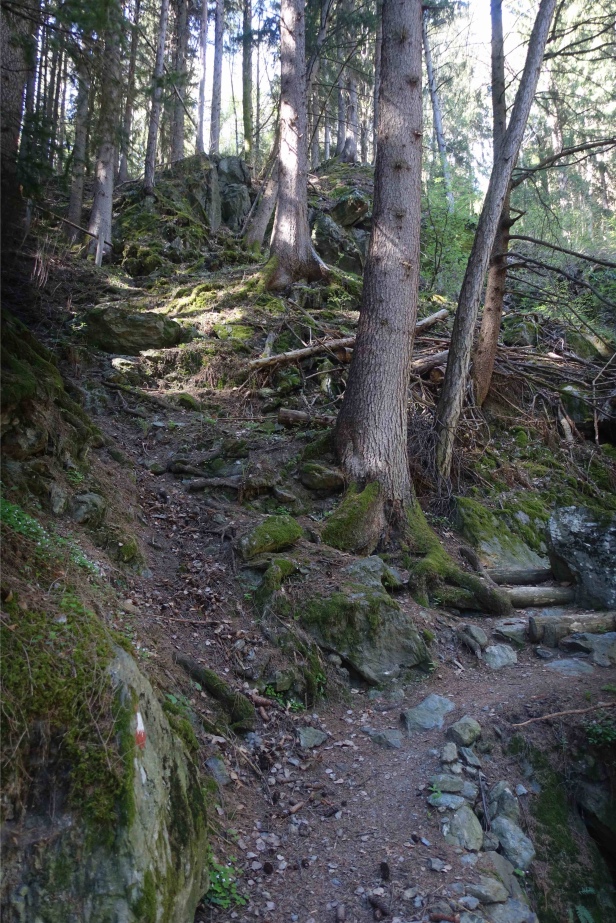 There were incredible views of the Dolomites again today. 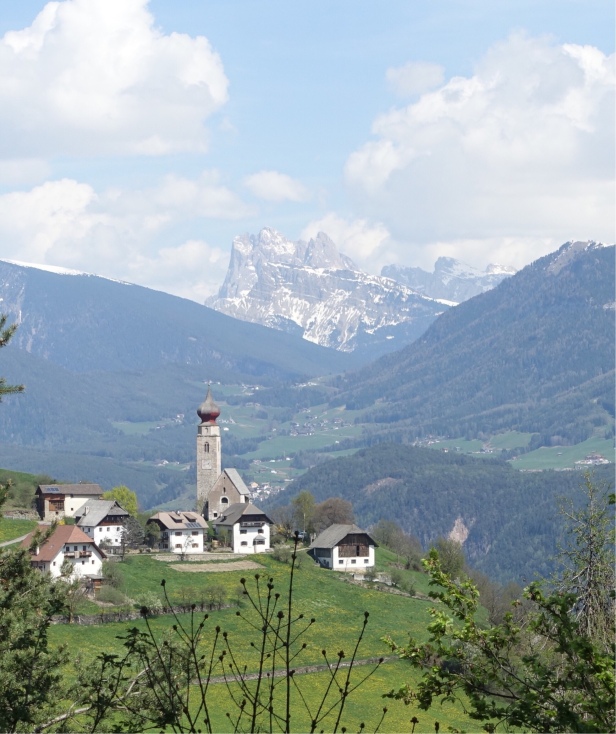 I walked through an area called the Renon which is a sort of tableland area and very beautiful . 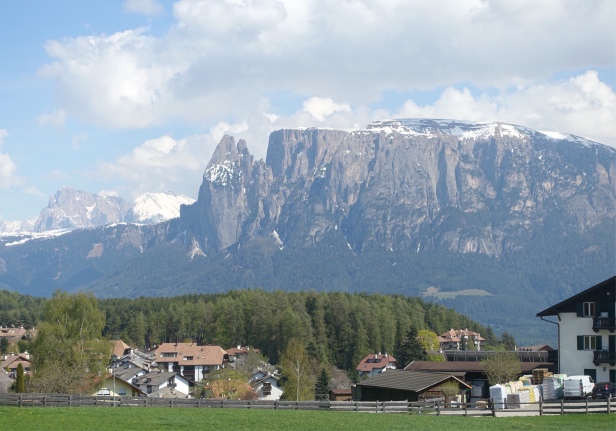 The leaning tower of Collalbo/Klobenstein. It was around here that I realised I’d dropped my hat so I had to double back a kilometre to find it. The sun is quite strong and a hat is essential walking 8 hours a day . 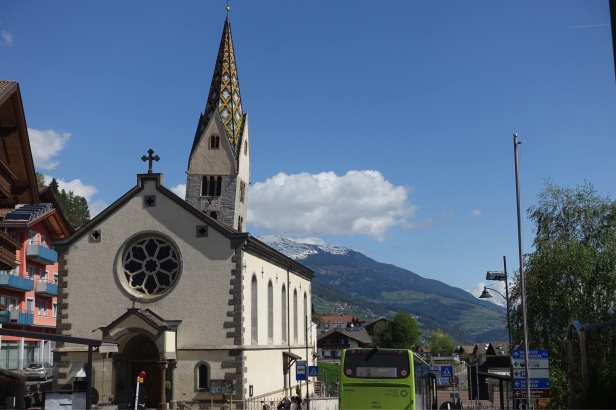 The village fountains are great as the 2 litres of water I carry just aren’t enough for a day. 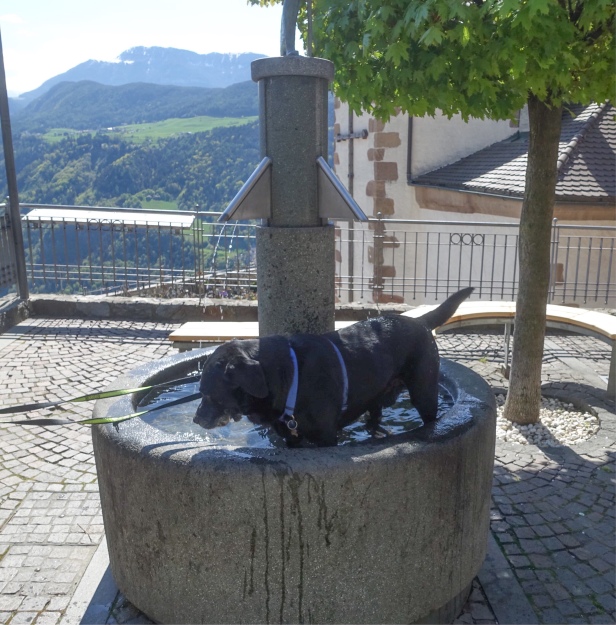 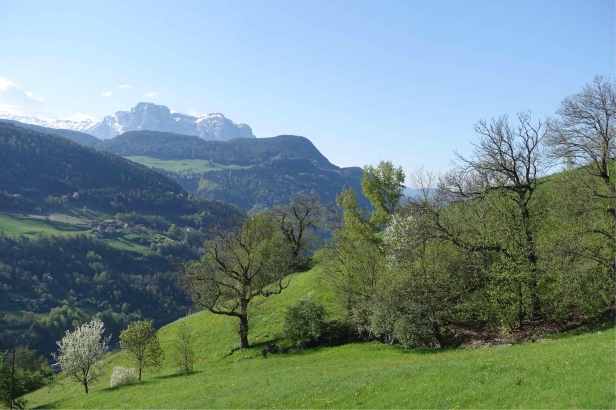 Another day on the farm making hay while the sun shines ! These guys wouldn’t notice their incredible surroundings. 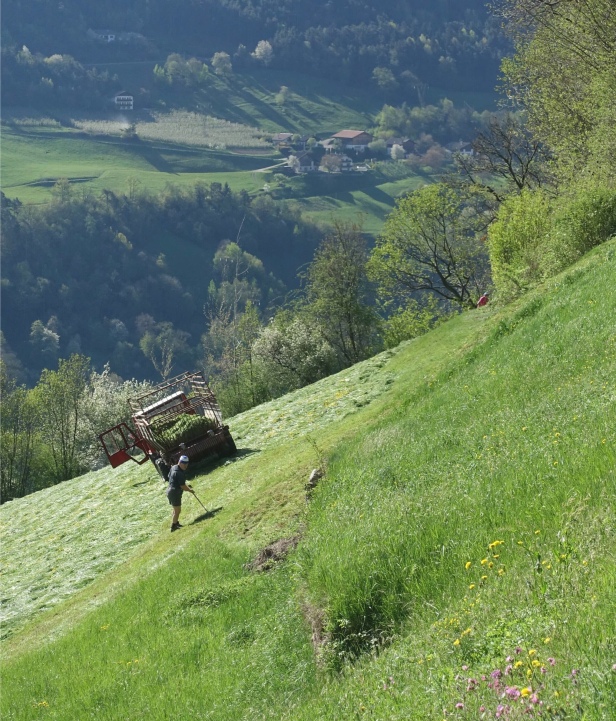 ‘Earth pyramids like you find in Australia and Cappadocia caused by erosion of the earth except for that protected under large rocks. 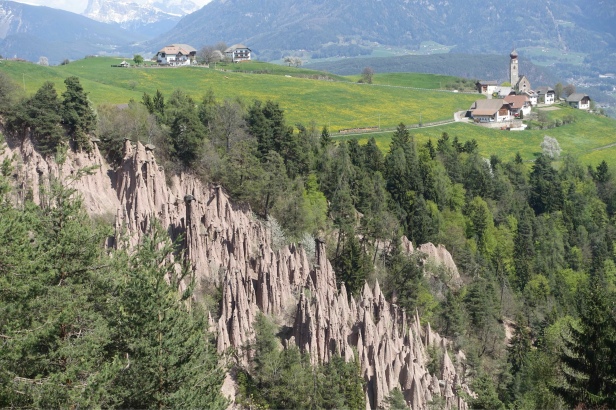 Uh oh! Looks like trouble ahead! Luckily the dog was tied up . I actually passed a dog show on Sunday with lots of German Shepherds attacking people on command . 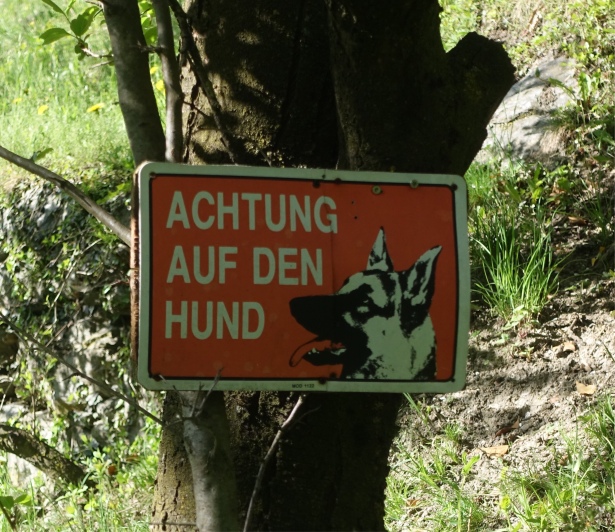 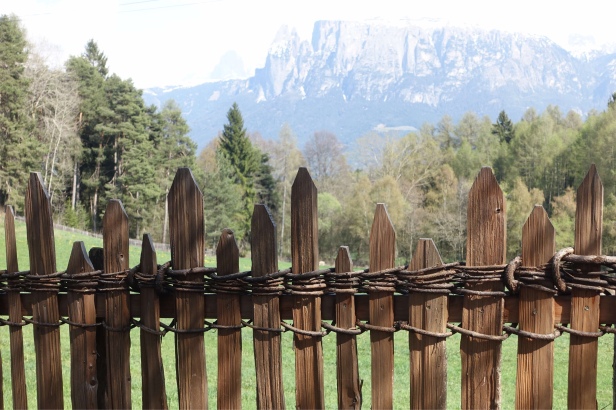 I had a choice of (a) walk another 10km with a steep descent of over 900m or (b) take the 14minute trip down to Bozen on the fantastic new cable car. You guessed it! 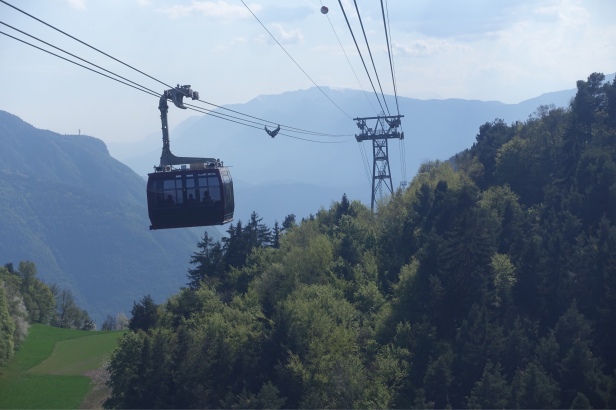 The last steep descent into town , 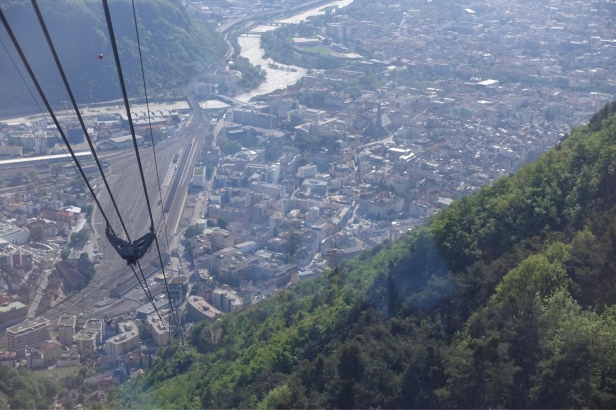 I came across a big celebration . The local ice hockey team that plays in the Austrian league won this year! 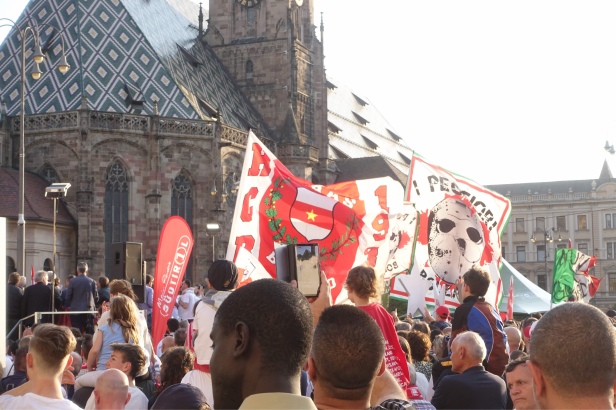 You can see the gothic style cathedral In the background. 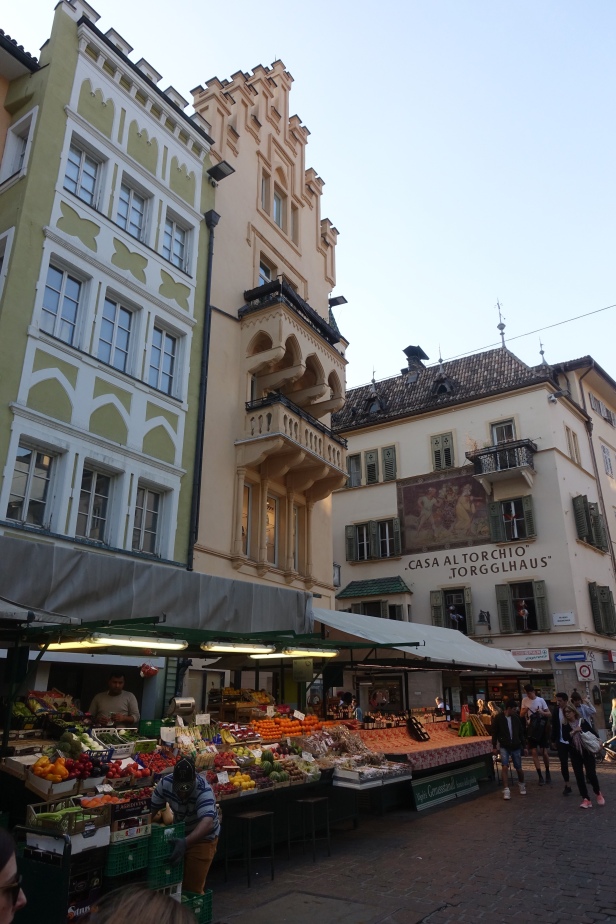