Today was almost a bit too much, but I made it! It was 33km in the end after I made an error and lost the track, which actually reduced the length of the walk. I walked for around 9 hours.

I had a warm and comfy room in my B&B.

Elisa who runs the place is enthusiastic about ‘trekking’ and has a little momento for guests that is a copy of the signs along the Via degli Dei. She also kindly gave me some cake for the day. https://www.facebook.com/Bed-breakfast-Romani-320996204737430/

A brisk climb up the hill behind the town gave me a view of yesterday’s wind generators . 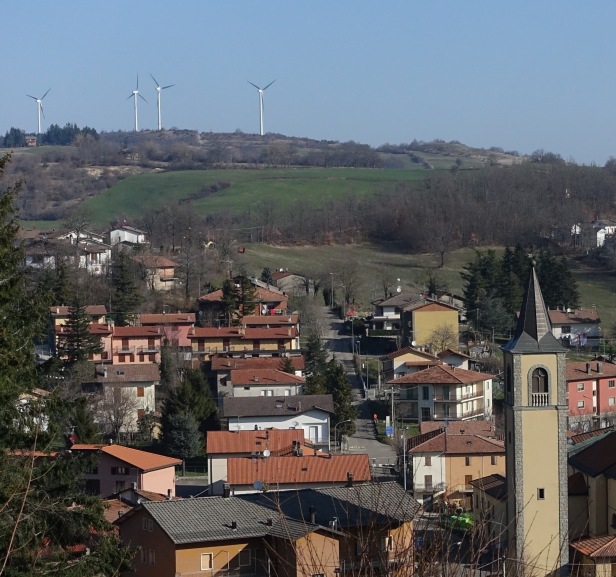 As I climbed higher, there were traces of snow left from the falls two weeks ago .

There was also frost and some slippery ice on the path. I tried to see how thick the ice was by breaking a frozen puddle with my walking stick and it cracked like thick glass.

Along the path today were visible remains of the Roman road that traversed this route back around 200BC. The Romans had been distracted by the Punic wars and much of northern italy had been taken over by the Celts and  Ligurians. One of the means of subduing the area was to built roads to allow the rapid deployment of troops. This one was built under the aegis of the consul Caius Flaminius and bears his name as was the practice – the Via Flaminia militaria. 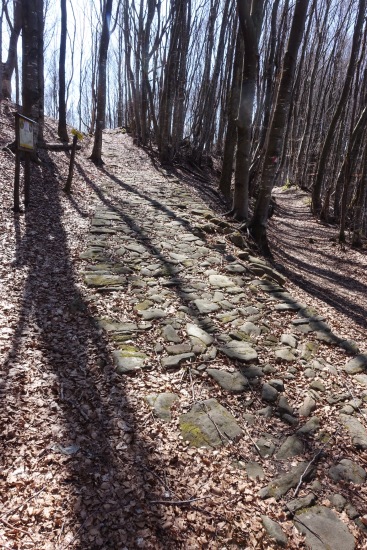 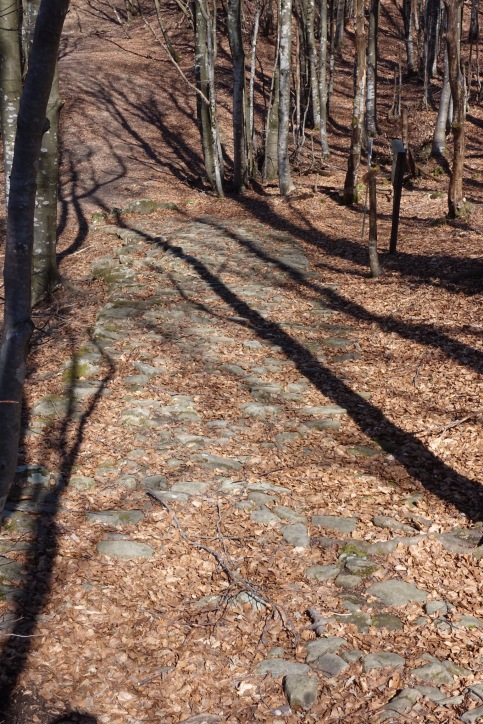 It’s built to the standard Roman practice of 8 Roman feet wide or 2.38m. It’s existence was doubted by experts and it’s only due to the efforts of 2 amateur archaeologists is the 1970s that these remains are now able to be seen.

There’s also a small artificial lake near the Roman road which is thought to have been also built by the Romans  as a supply of water for troops and horses passing along the route.

I encountered lots of very slippery muddy tracks. The most insidious was the mud hiding under layers of fallen leaves which was often very deep . 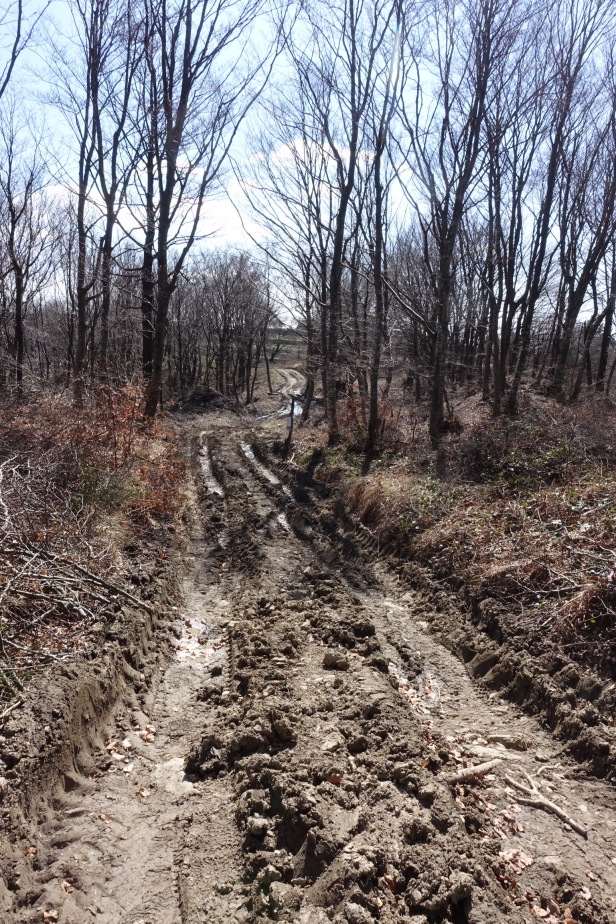 I also passed medieval lime furnaces that were fed with limestone

There are lots of wild flowers in the hills. 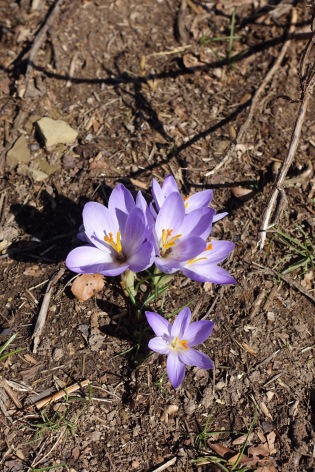 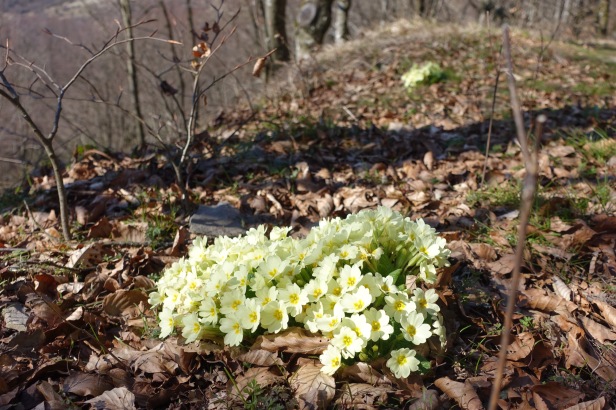 At the Futa Pass, there’s a large German war cemetery . The bodies were collected from local graves all over Italy.

When I finally emerged from the hills, I was in Tuscany with a completely different feel and landscape.

I also came across two pairs of other walkers – the first I’d seen in two days. Two German girls were heading north and were very nonchalant about the distance they still had to travel before nightfall. I also had a nice chat with two students from Bologna who must have been walking just a short distance ahead of me all day.