I left San Quirico a bit earlier than usual as rain was predicted for the afternoon and the distance was almost 30km with around 540m of ascent. It turned out to be quite a difficult day but not due to rain, at least not for me.

After dropping down from San Quirico I passed the little town of Bagno Vignoni. Its thermal waters have been used since Roman times. The ‘square of sources’ dates from the 16th century. 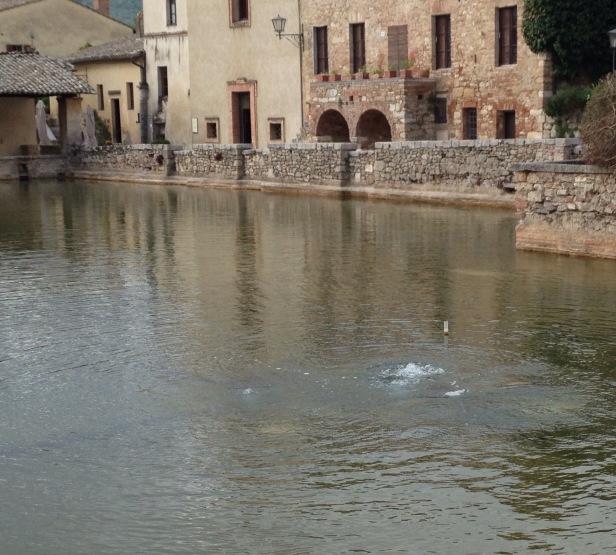 The path went through some very pleasant countryside and was well organised. This creek crossing even had steps ! 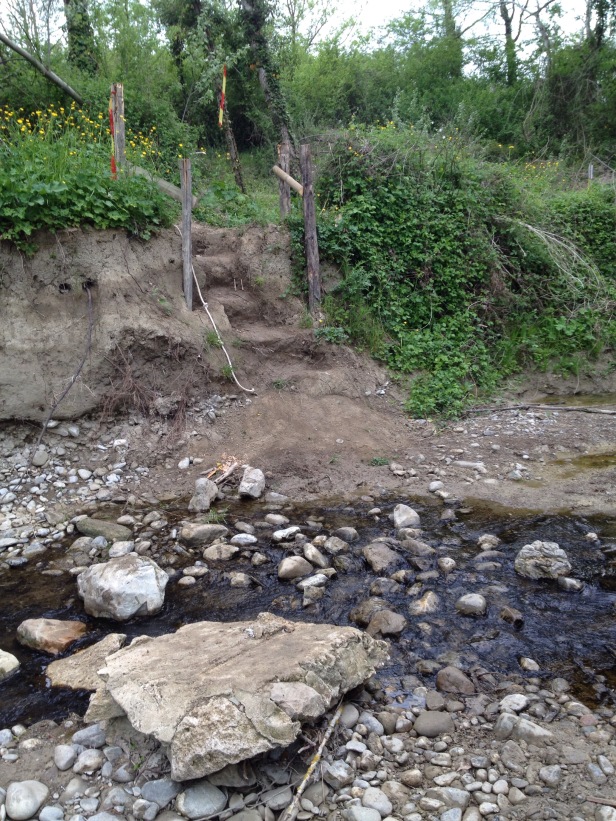 I managed to slip of one of these slippery logs.

This is the second pedestrian crossing for pilgrims I’ve seen. 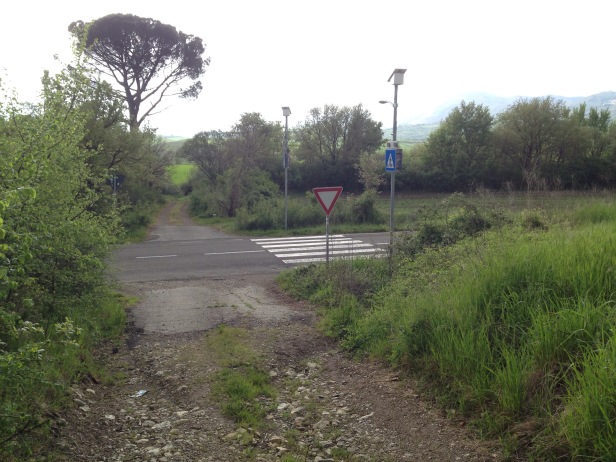 This red road was a bit of a change from all the white gravel ones ! 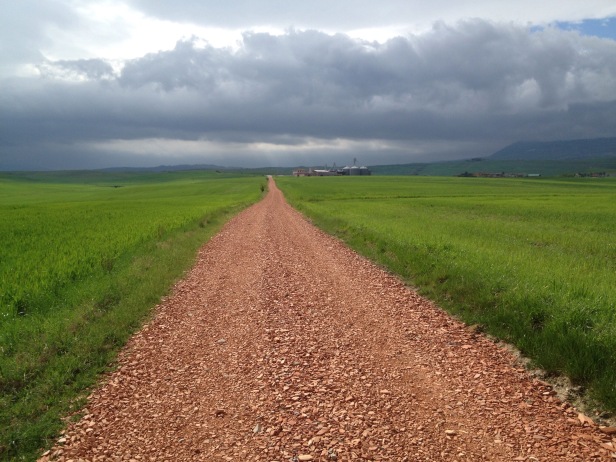 Not long after the path followed the main road for about 6km which was not at all pleasant. 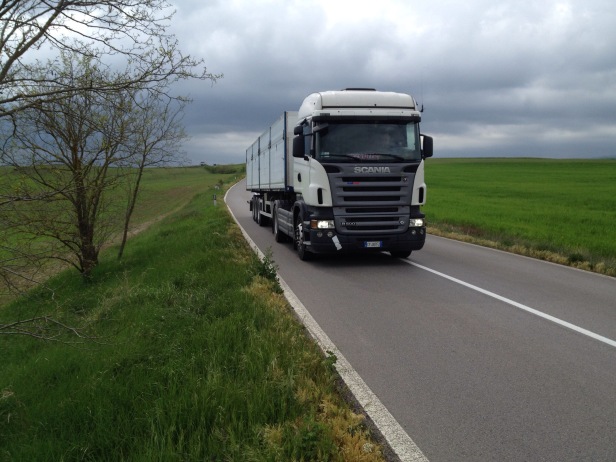 I also passed the historic pilgrims’ hostel at Le Briccole. This was mentioned by Sigerico back in the 10th century and hosted people such as the French king Phillipe August and Matilda of Canossa. It’s now in ruins .

I could see what looked like the medieval stone road in  some places.

Not long after the weather front started coming through which made things very difficult. The wind was blowing at at least 30km an hour and must have been gusting to much higher as I was almost blown over a few times . And of course it was a head    wind! It was pretty tough going for the last few hours.

The whole day I didn’t see any of the people  who has stayed at our hostel last night though I did see some sheep.

After a long very windy climb , I made it to Radicofani after around 8 hours just as the rain started.

The place is full tonight with extra stretcher beds in the corridor. I think I’d better start booking more than a few days ahead. Extra pilgrims were arriving for some time in a very wet bedraggled state.