We’ve been to Rome quite a few times and seen all the major sites, so we spent these few days after my walk wandering around Rome and enjoying the layers of history . 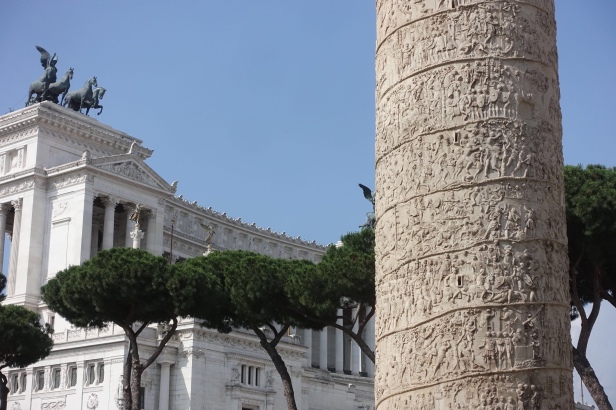 Here’s Trajan’s column from AD113 with the monument to the first King of unified Italy, Victor Emmanuel finished in 1925.

There are constant views of bits of antiquity . 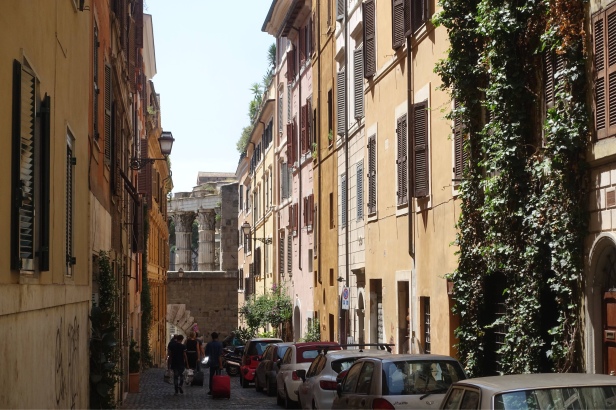 Nearby, Palazzo Venezia was built as a Cardinal’s residence and extended in the 16th century. It’s now a museum. 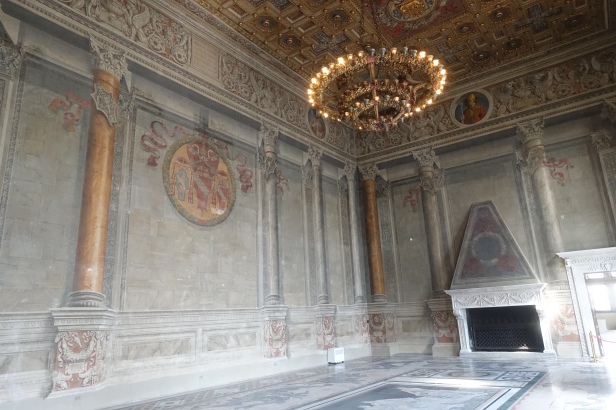 Mussolini had his office in this huge room and it was devoid of furniture except for his desk in the corner with just a chair for him. 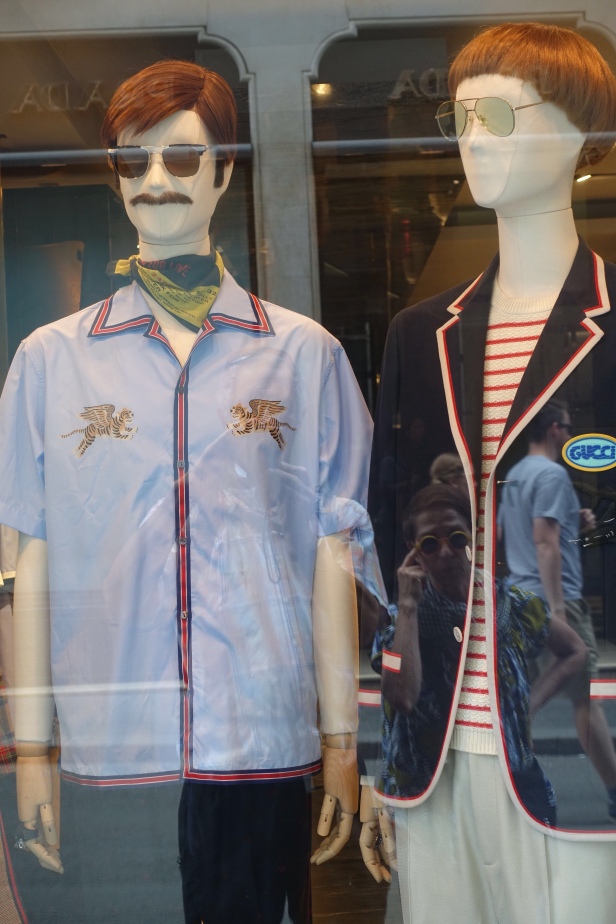 The crowds at the Trevi fountain 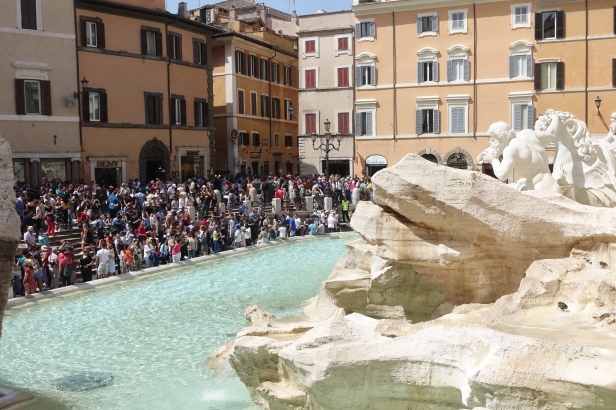 The church of Trinità dei Monti is at the top of the Spanish Steps as is a second century copy of an Egyptian obelisk . There at least 8 original ones bought to Rome after the conquest of Egypt. 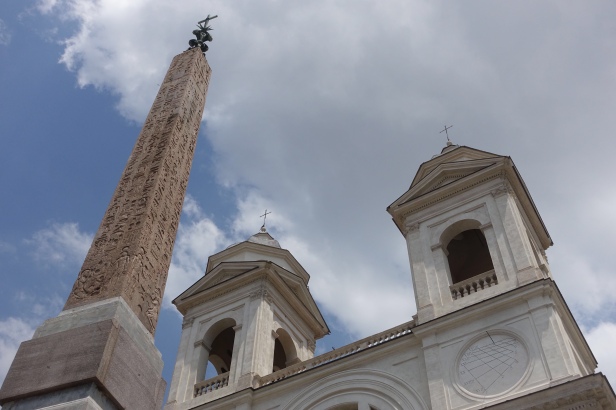 There’s another from the 1st century in Piazza Navona. 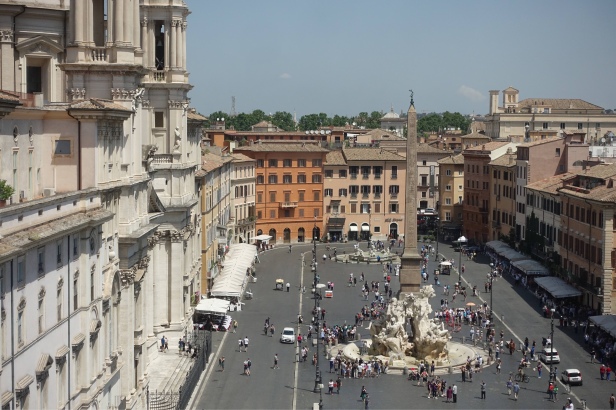 It’s mounted on top of Bernini’s Fountain of the 4 rivers which was being cleaned when we walked past. 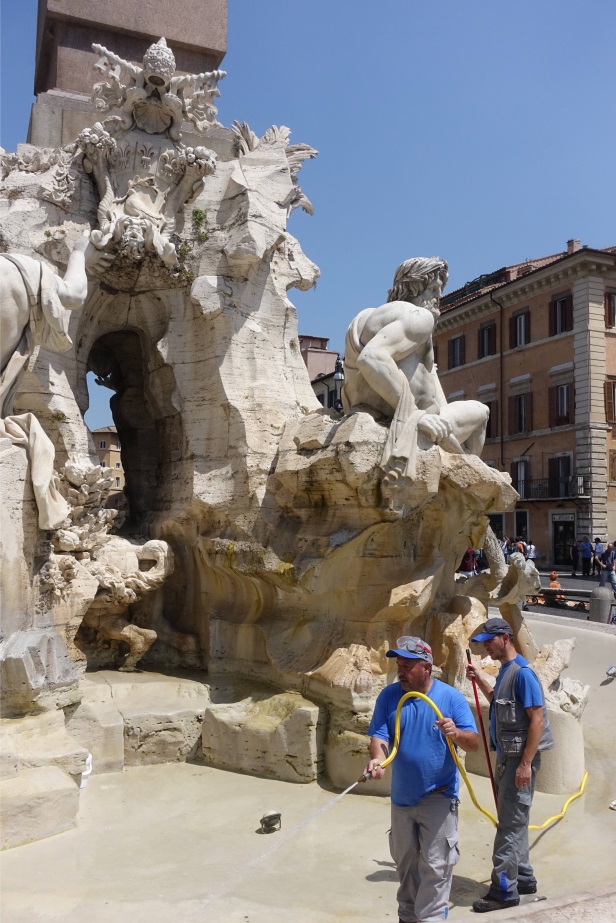 There are so many churches in Rome that you could spend weeks visiting them all. 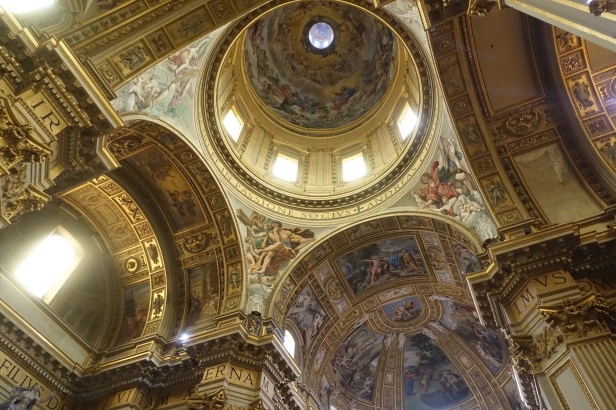 The first act of Puccini’s opera Tosca is set here in an imaginary chapel based on this one. 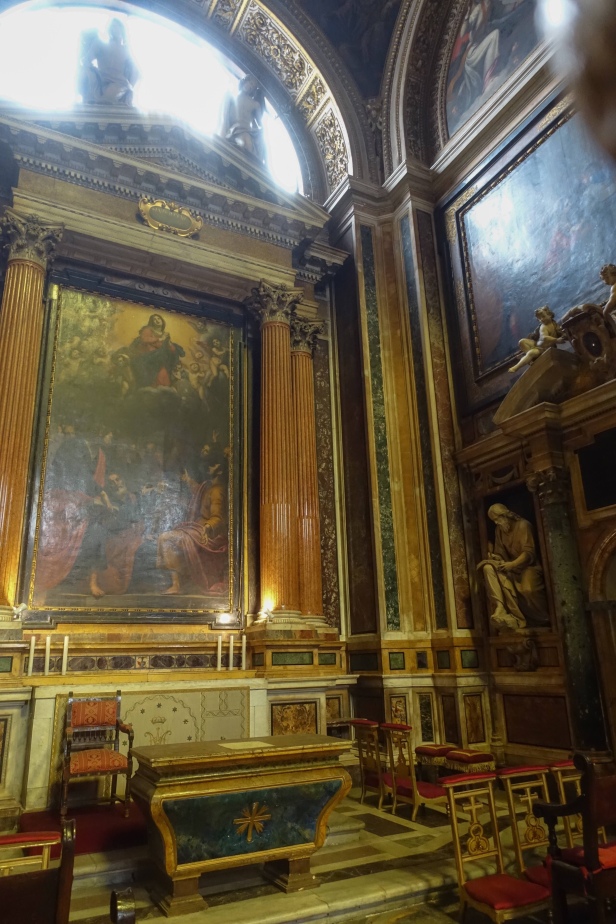 He even wrote to the church’s priest asking about the pitch of the bells for added realism .

Act 2 is set in Palazzo Farnese, now the French embassy 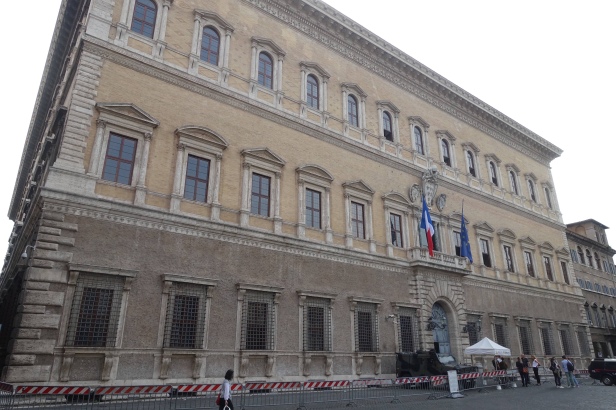 and act 3 in Castel Sant’Angelo. This was originally the mausoleum of the Emperor Hadrian around 140AD and was later used by the Popes as a place of refuge in times of trouble . 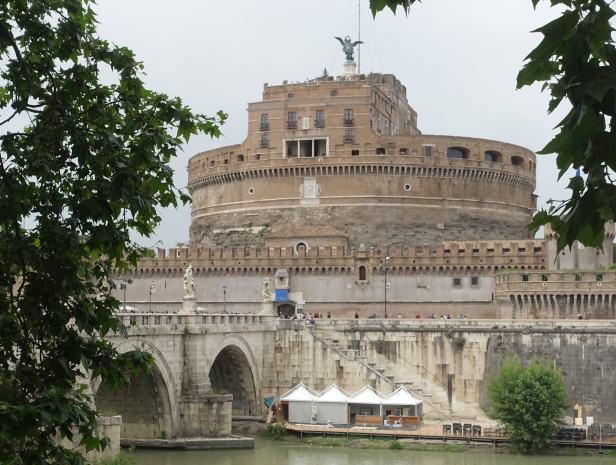 Tosca throws herself off the top in the final tragic scene. In a famous performance in Chicago some years ago the stage hands used a trampoline instead of the usual mattress to cushion the fall. After leaping off the castle , the soprano was seen by the audience numerous times bouncing up and down. 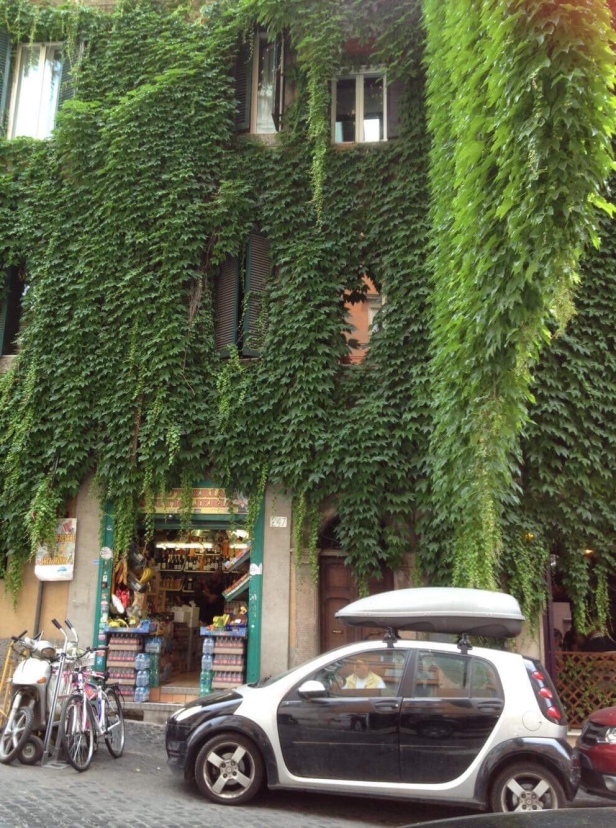 The church of Santo Stefano Rotondo is one of the oldest in Rome, built in the 5th century. 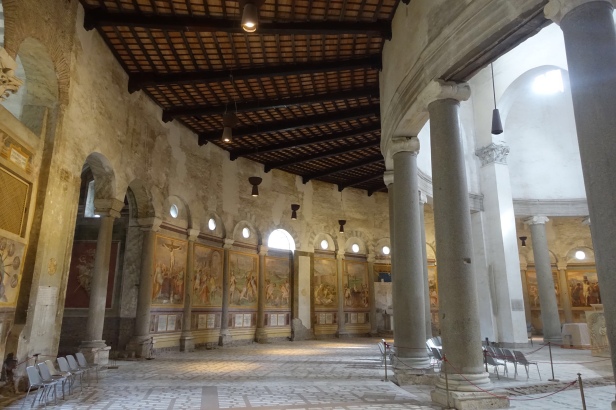 In the 16th century a series of gruesome paintings were added showing martyrdoms of saints . 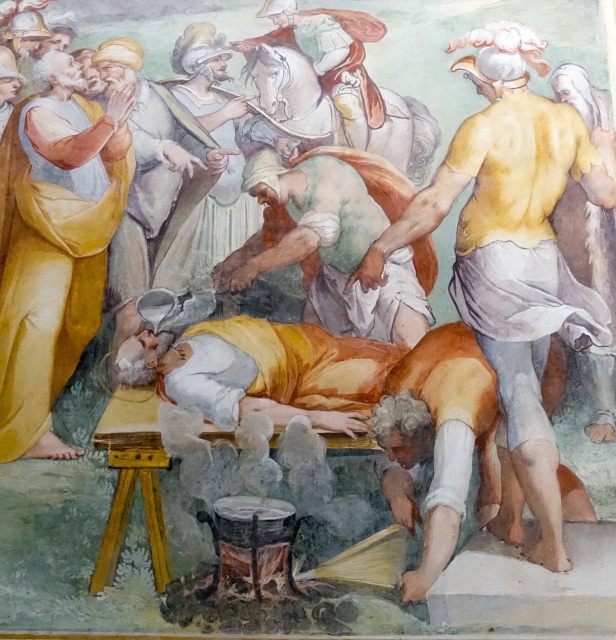 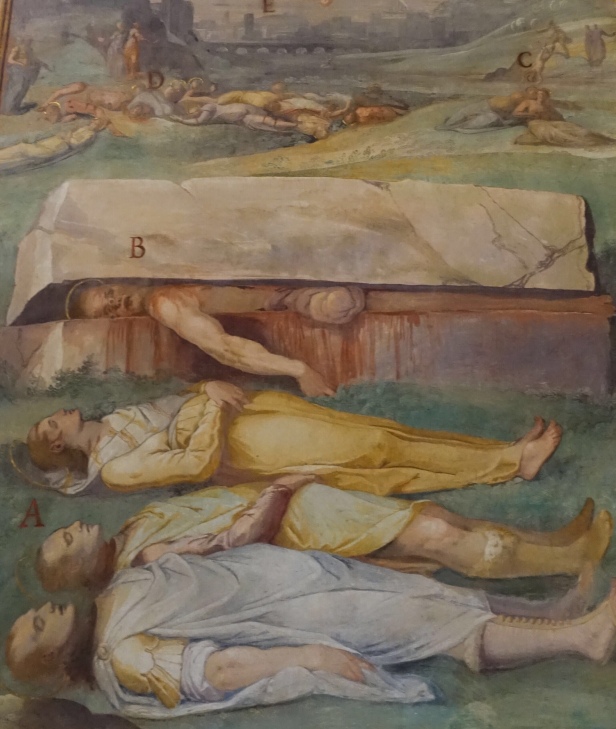 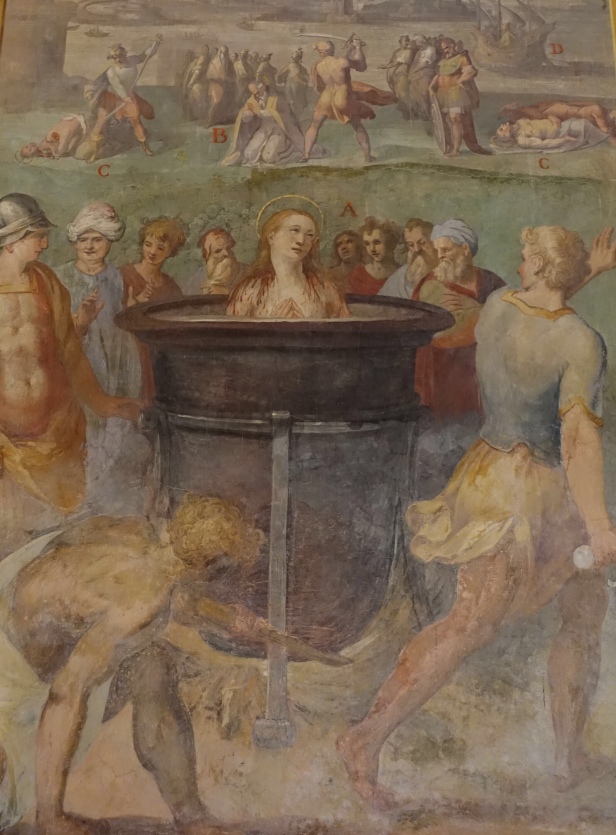 However my favourite church in Rome is Santa Prassede with its beautiful mosaics from the 9th century. 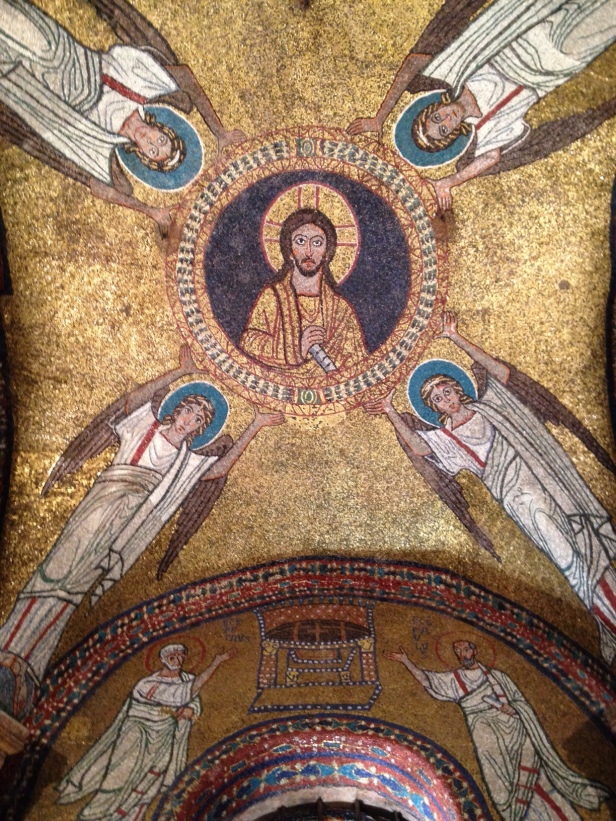 Everyone knows this one! 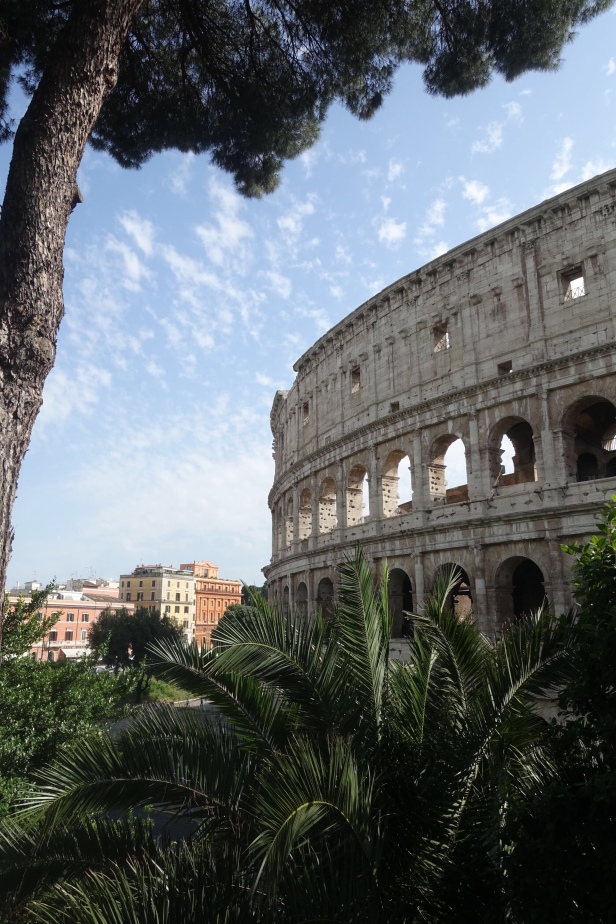 They’re building a new metro line in Rome and so much above ground has to be protected from damage. 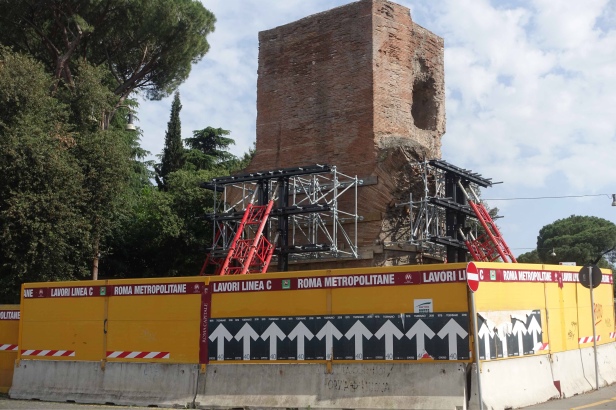 There are many little details to observe as you walk around 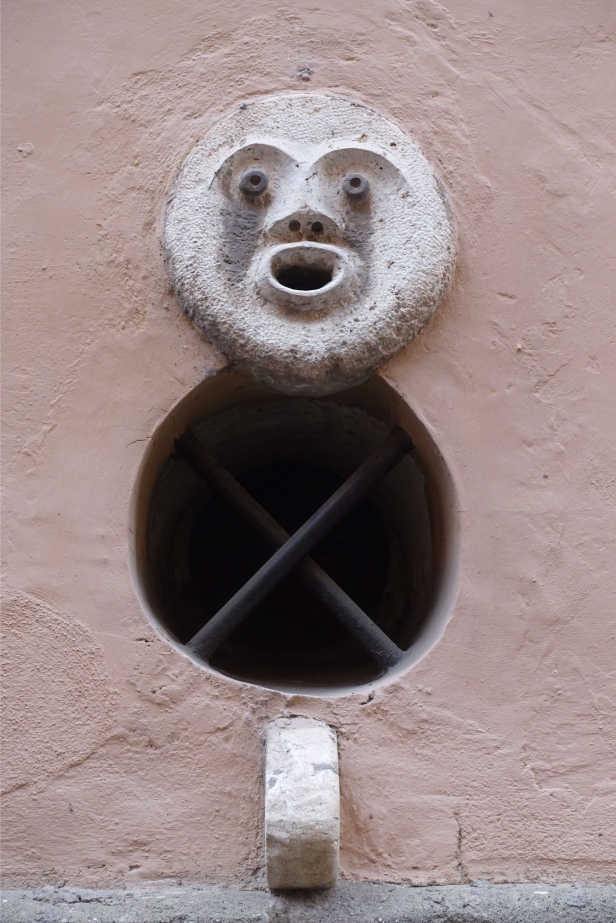 Seagulls are keen to find bits of food dropped by tourists. 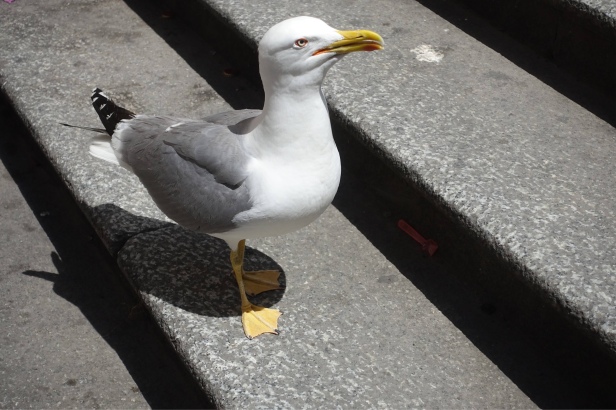 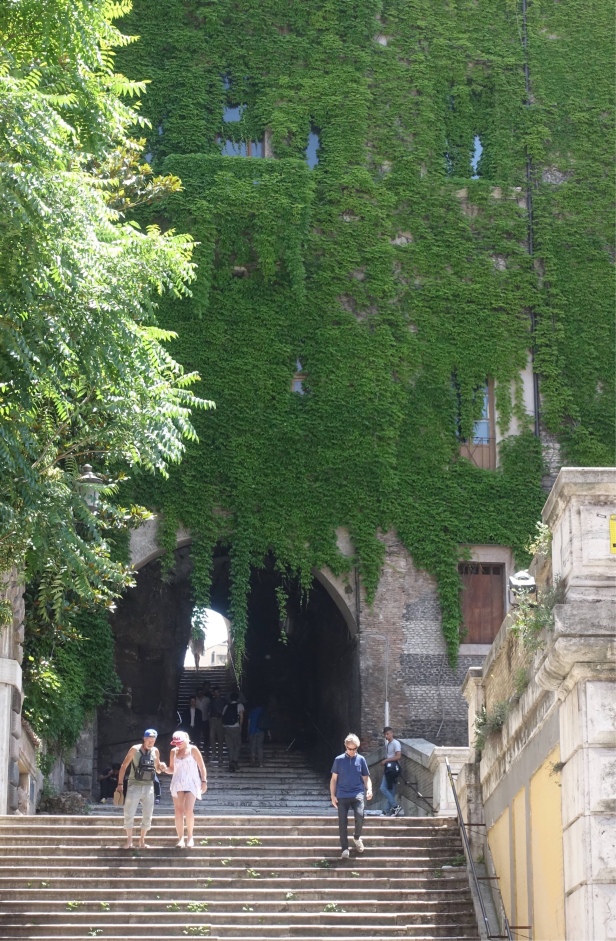 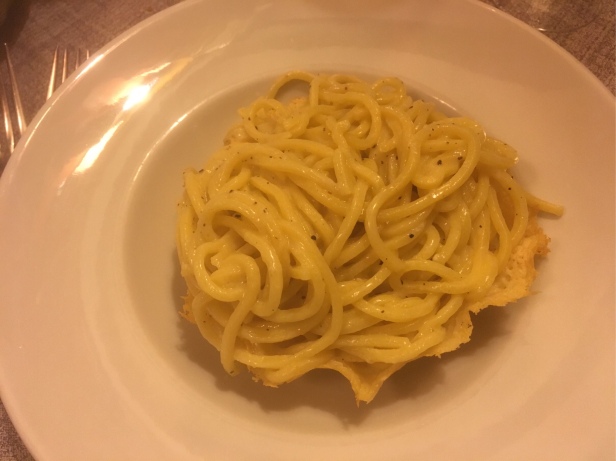 And now it’s time to head back to Bologna and then Australia to start thinking about my next walk!

5 thoughts on “Wandering around Rome”