Leaving Orvieto this morning by a different route to that I arrived by yesterday, I had a chance to get a closer look at the walls .

You can see how they are made up of a mixture of natural rock and wall constructed with worked pieces of the same tuff.

I passed the ruins of the medieval aqueduct completed in 1276.

From here, there was a steep walk on a very straight path with around a 200m climb. This was an energetic way to start the day ! I think the path may have followed the route of the aqueduct as there were old paving stones the whole way.

I was rewarded though for completing this strenuous climb by getting one final view of Orvieto.

I passed another Etruscan tomb discovered in 1883 in the course of tuff quarrying. 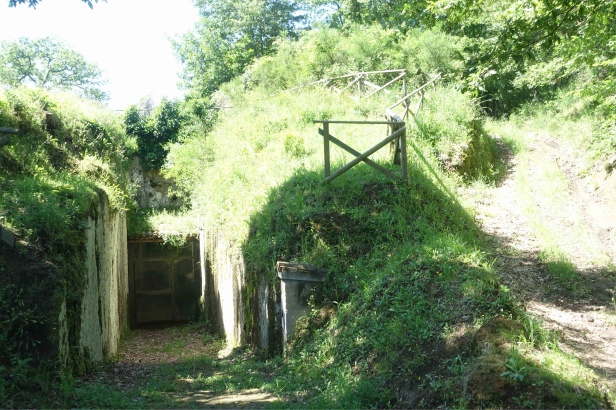 Those Etruscans always seem to have pointy noses.

The castle of Rubello was built in the 13th century to control traffic along the Via Cassia.

The nearby little town of Porano, like Orvieto, is constructed totally of the volcanic rock. 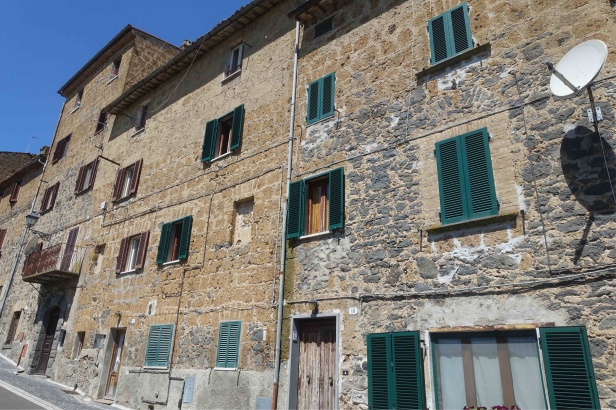 Just outside the town was the old washing shed, I’m sure fed by spring water . 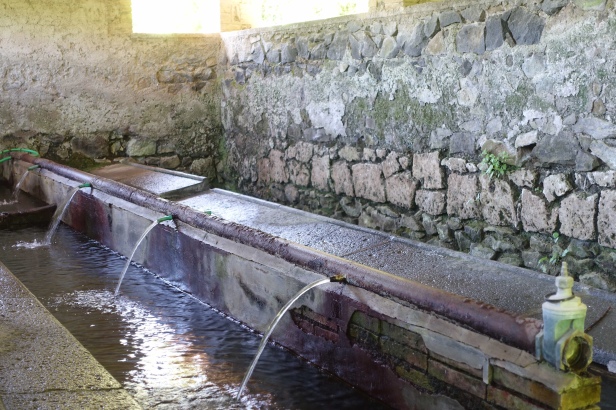 From here, the route traversed a very pleasant and green tableland area.

I’ve taken lots of photos of poppies but these ones looked so bright and happy that I just had to take another one. 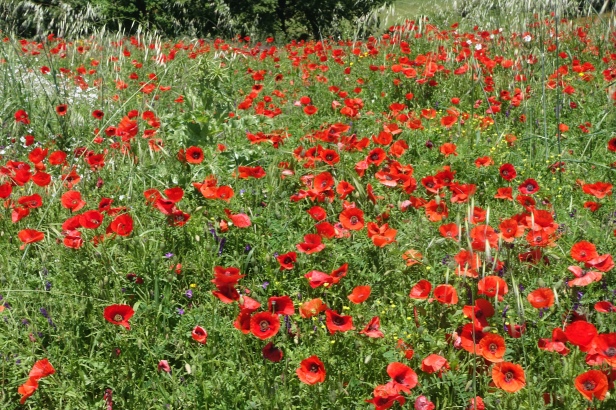 This sign outside a farm says that there are guard dogs and electric fences to protect grazing animals from wolf attack so watch out.

Somewhere around here I entered the region of Lazio, the 6th Italian region I’ve traversed on this walk. I started seeing big Via Romea signs instead of the normal little stickers .

Even I can’t miss these – thanks guys!

I’m staying tonight in the town of Bagnoregio but the big tourist attraction around here is the little town of Civita di Bagnoregio . 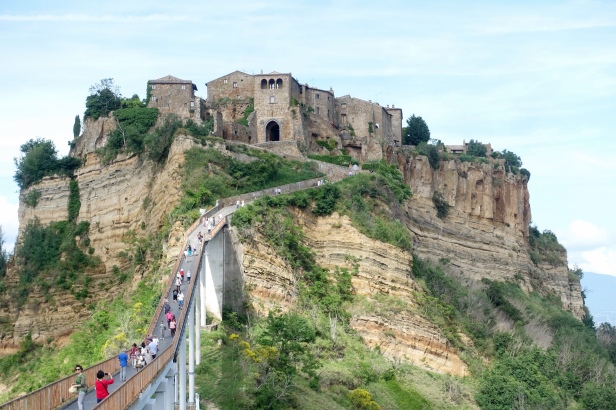 This place is known as ‘il paese che muore ‘ or the town that’s dying. This is because the hill of tuff on which it’s constructed is steadily eroding away.

The odd house has already collapsed.

Because of depopulation and the total lack of cars it has been preserved and has great charm. 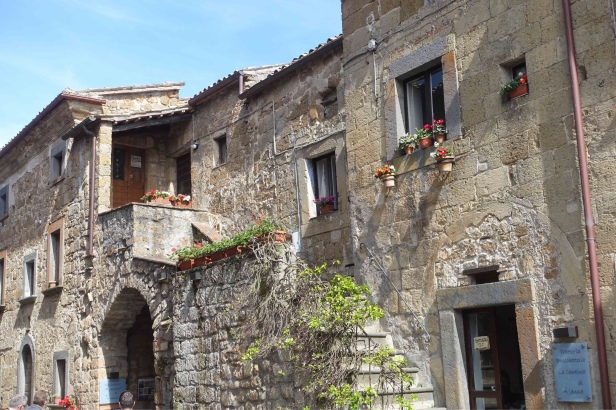 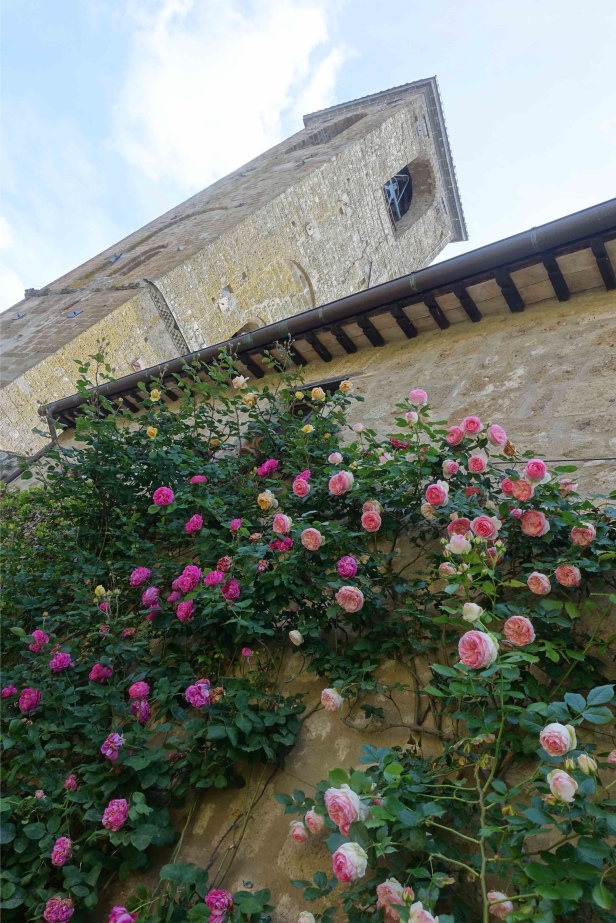 The main entry is now by a newly constructed walk way. This enters by the old gate, so I imagine that the original road has disappeared..

There is a back entrance through a tunnel in the tuff. 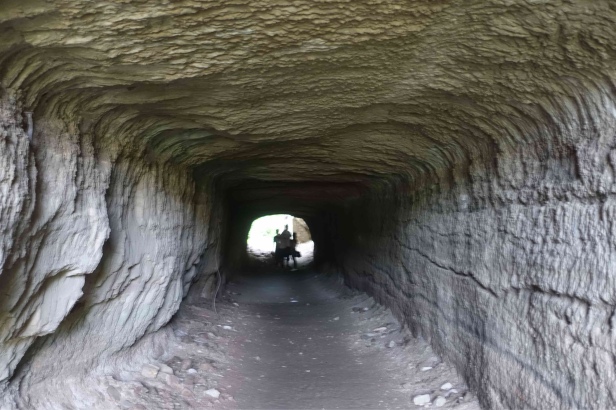 There seem to be lots of restaurants in this little town. I had a nice meal including this first course of maltagliati made from whole meal flour with beans and wild fennel .

Ive got a 35km walk tomorrow to Viterbo via Montefiascone where the Via Francigena route from France and beyond joins my route from Germany and more eastern countries.