Leaving Cortona, the road slowly descends down to the plains. Not far from Cortona is the house built for a local Cardinal in the 16th century -‘il Pallazone’. It’s now a school.

Once down on the valley floor Cortona, stretched across its hill, remains visible from a significant distance .

The little church of San Michele Arcangelo was built on the remains of a Roman temple to Bacchus in Longobard times, around 1,300 years ago . 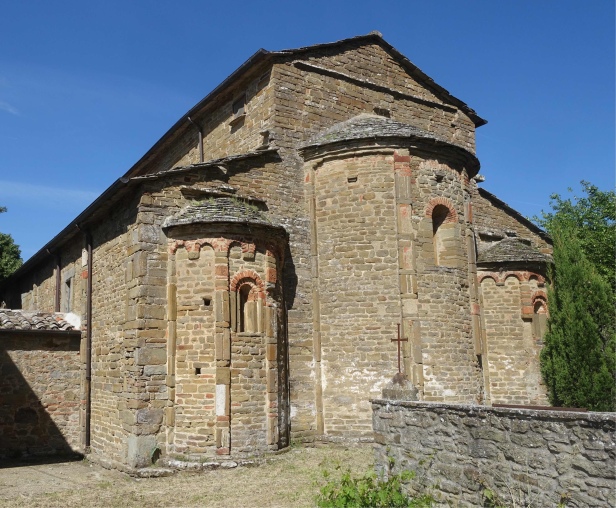 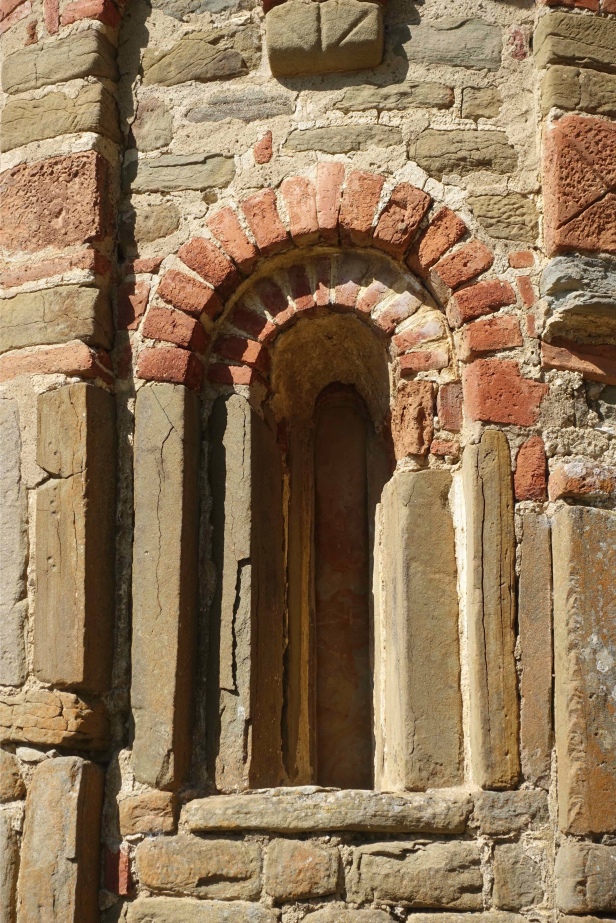 There were a lot of wide open spaces to traverse during the morning . 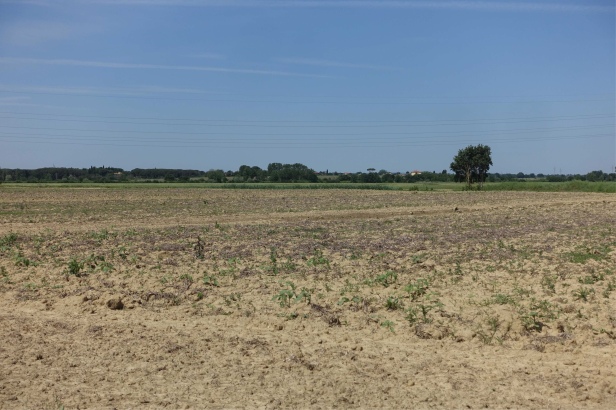 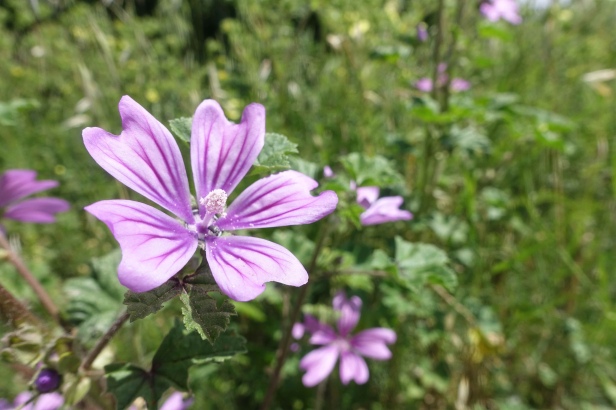 A bit later I got into vineyard country. Not far away is the Vino Nobile di Montepulciano area.

I’d passed from Tuscany into Umbria , my 5th Italian region on this walk. 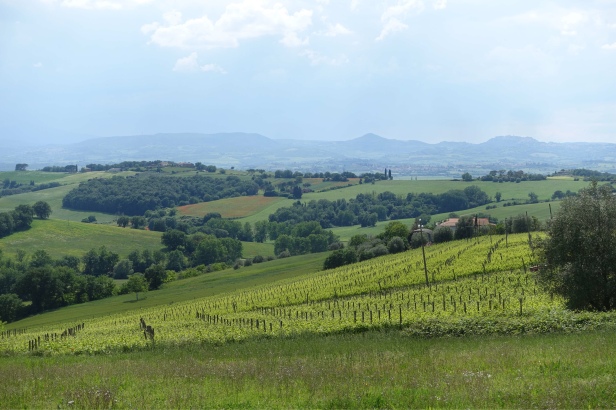 On these quiet roads 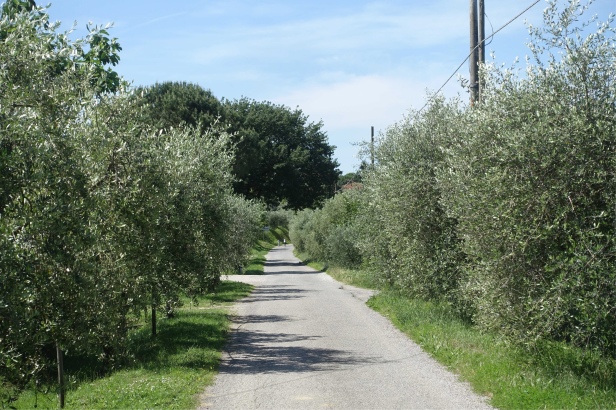 there was little traffic. 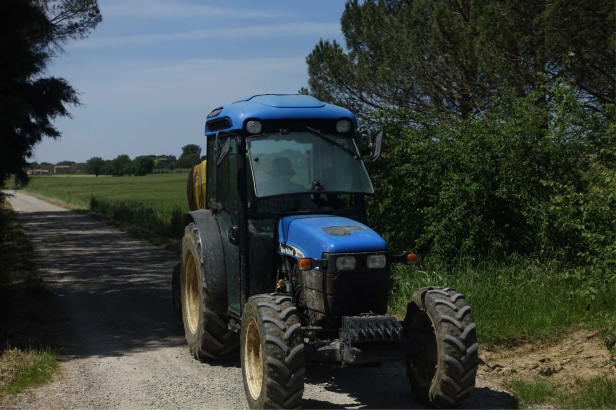 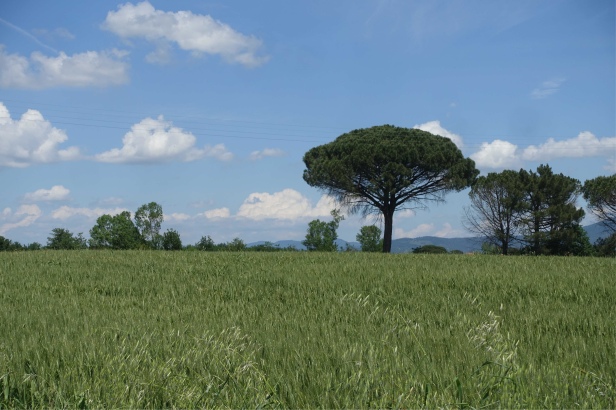 Franco, another member of the VRG association tracked me down in the early afternoon and very kindly bought me lunch.

He took me to see the house of an acquaintance, Massimo Scarfagno. 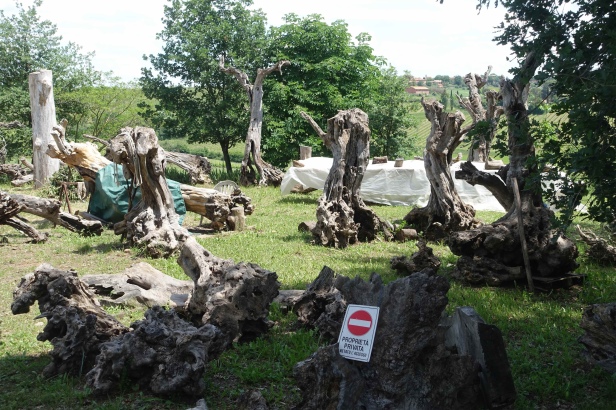 comes up with designs , 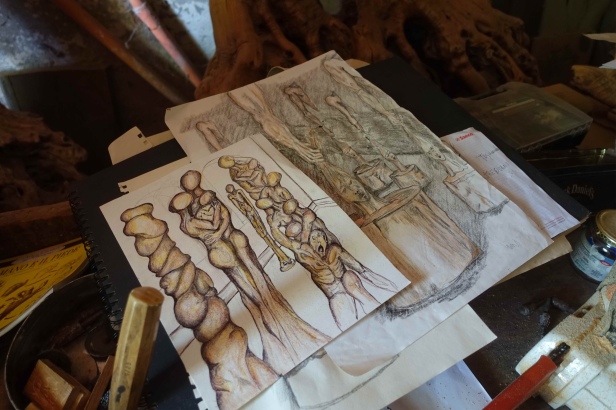 and sculpts them from the olive wood .

The house he lives in 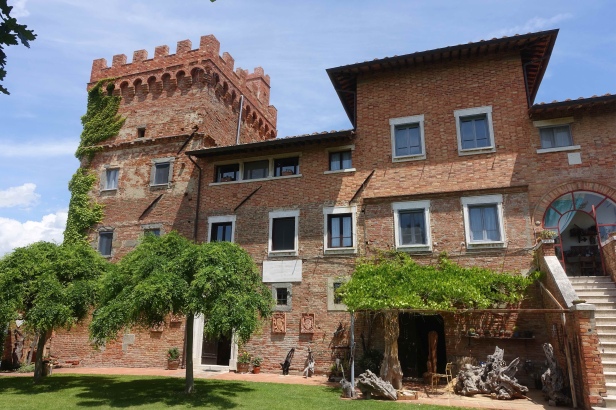 was once the home of the woman who would become Saint Margherita of Cortona.

When she found the nobleman she had lived with for 10 years dead under an oak tree, she turned to a religious life and established a hospital in Cortona . 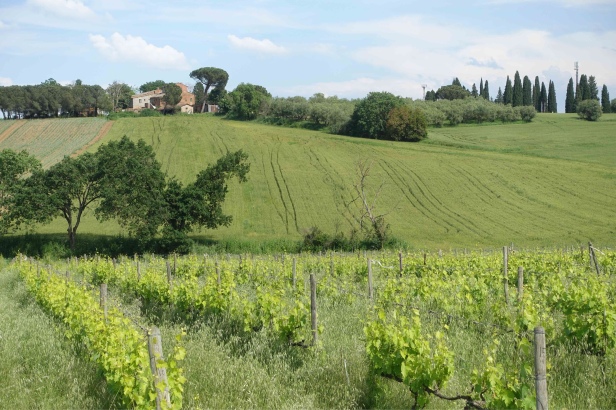 Coming into my destination, Pozzuolo I passed the clothing shop owned by Ivana, the Vice President of the VRG Association and her husband Gabriele.

The building has an aerial garden with old olive trees . 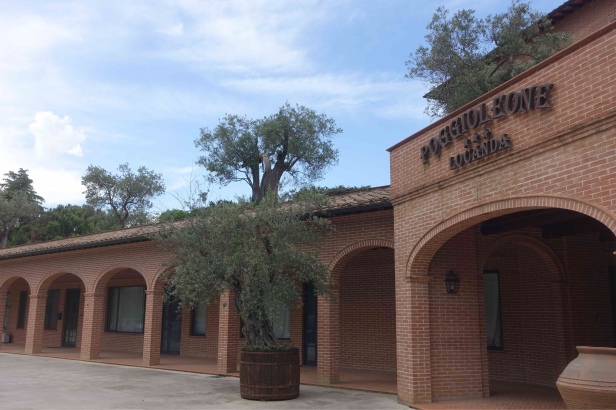 For dinner at my agriturismo I had Fagottini withpecorino cheese and pear.

Tomorrow I’ve got a 33km hike to Città della Pieve.