From the look of things outside my window this morning, it looked like it would be a nice day. 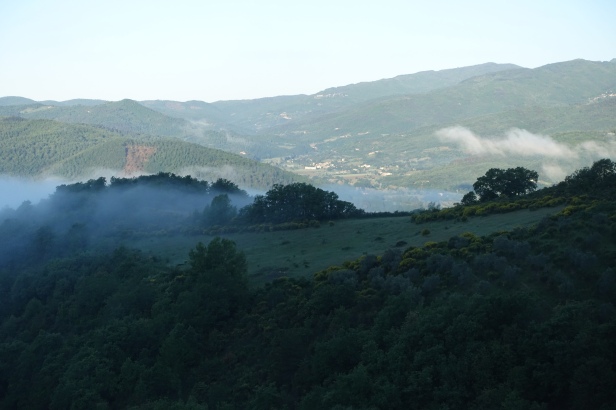 One of the blue healers from tbe agriturismo place I stayed at headed off with me and I was afraid I’d have a problem like they have with Rita at the Refugio the night before . 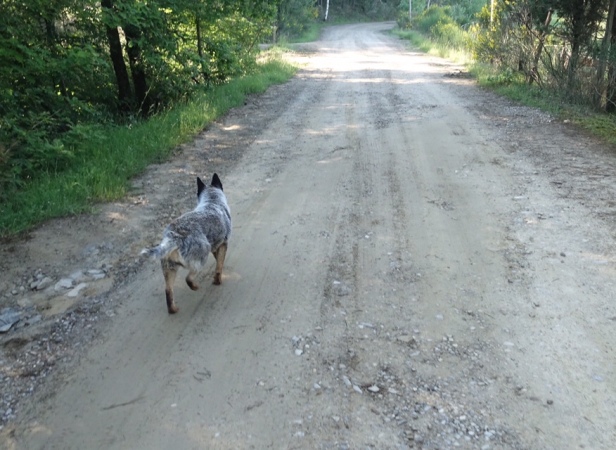 However he knew the limit of his territory and soon dissapeared. .

I passed by the impressive Valenzano Castle.

Once again I was dodging and tiptoeing through very muddy sections of track .

There were also lots of streams to ford .

The result of all this was I had wet socks and hence feet again for the day.

All the streams I saw were headed down into the valley where they flowed into the Arno River. This river eventually finds its way to Rome.

The afternoon’s walked followed the river for a while then struck off in the direction of Arezzo .

As I dropped down in elevation, I began to see more olive trees. In the photo above, you can also see the city of Arezzo off in the distance.

I passed by the ancient parish church of Aretina. It’s said to be built on the site of a Etruscan temple to Saturn. 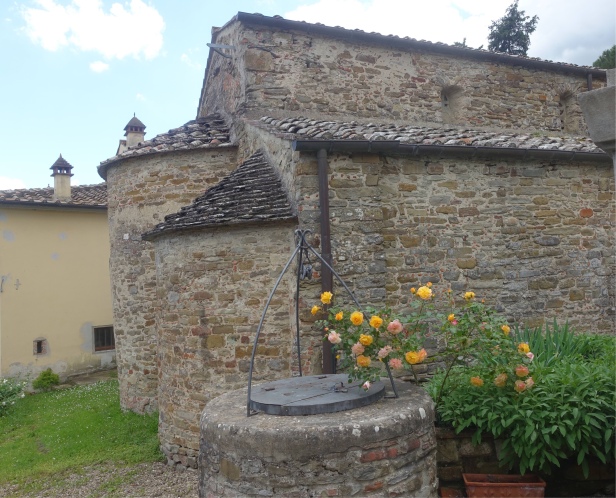 Here I’m right in the centre of the Etruscan’s territory and the name Tuscany derives from them. 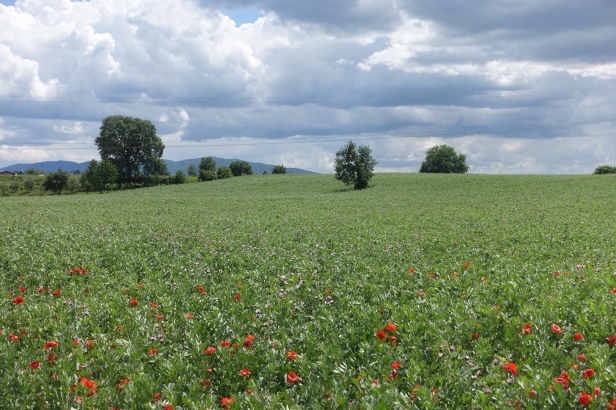 In the afternoon I reached the walks of Arezzo

I was an important Etruscan town but today perhaps it’s best known for the cycle of frescoes on the Legend of the True Cross painted by Piero della Francesca between 1453 and 1466.

It’s strange to spend 7 hours struggling through mud and long grass and to end the day looking at one of the masterpieces of Italian renaissance art .

For dinner, I went to a restaurant I’d eaten at almost 30 years ago, the Buca di San Francesco. 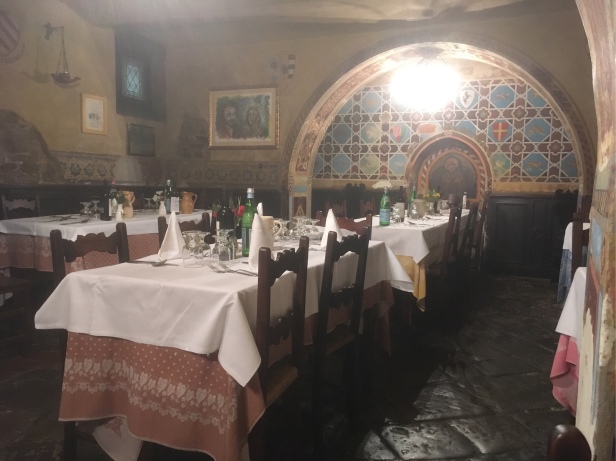 The owner Mario was very taken by this and by my pilgrimage walk.

I had a very satisfying meal there.

Tomorrow I head towards Cortona .

One thought on “Chitignano – Arezzo May 18”