The hardest task of the day was right at the start crossing the main road with its heavy traffic. 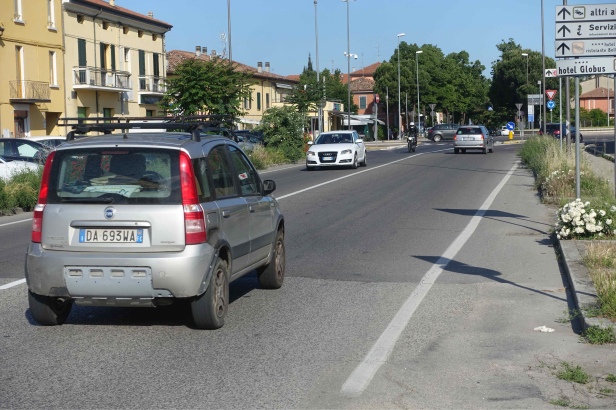 This is the Via Emília which follows the route of the Roman Via Aemilia completed in 187BC to facilitate the reconquest of northern Italy from the Gauls .

However, much of my walk today was along pleasant tracks and dirt roads. 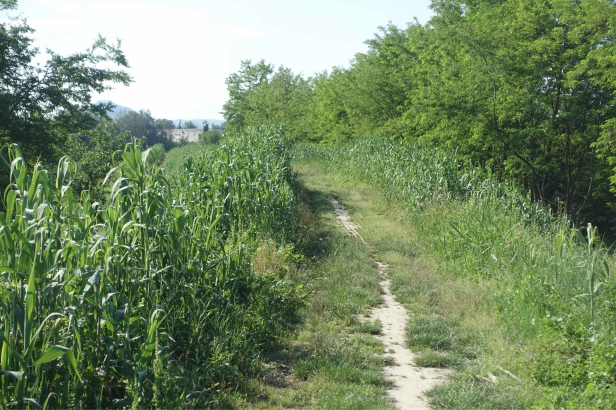 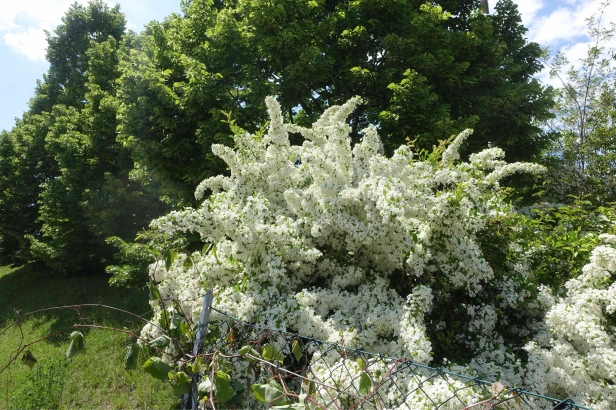 Unfortunately my boots hadn’t dried out last night and my socks soon got quite wet. That will mean more blisters for sure!

For the first time in 2 weeks I was actually climbing today . It was only a few hundred metres but I had definitely left the plains behind me. 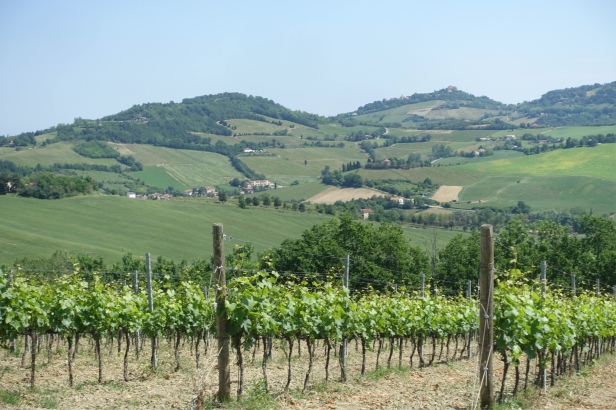 This is wine country. Sangiovese is probably the most commonly made wine and very good it is too. 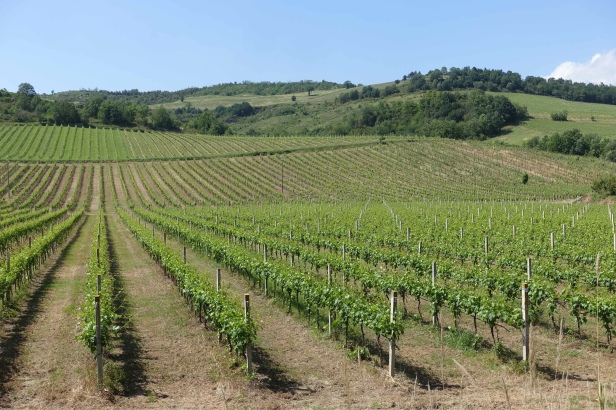 I passed through the little town of Meldola where I had lunch. The town has some very fine buildings which reflect its past wealth built on the silk industry . 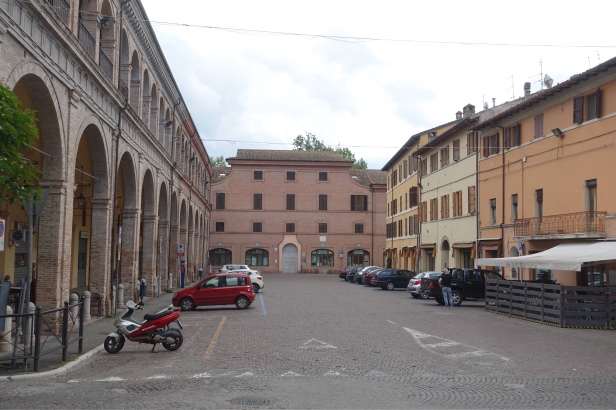 At the bar where I ate, they kindly filled up my water bottles for me with nice cold water .

Meldola also had an interesting bridge dating from the early 16th century. 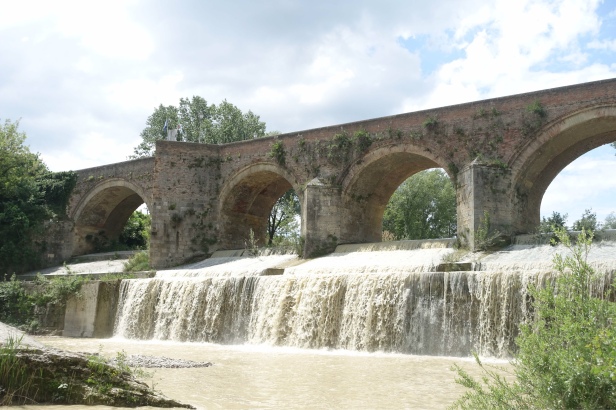 I did have some walking on busy roads . 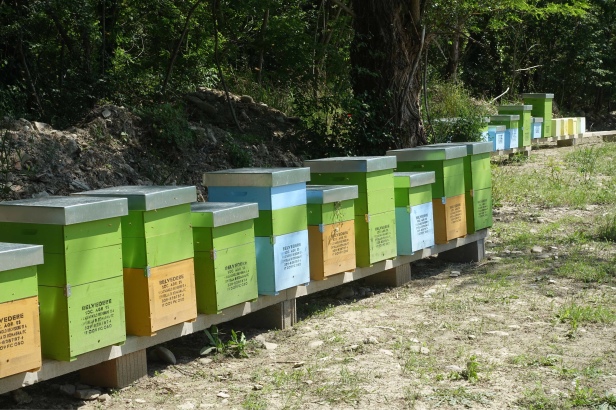 Mid afternoon I arrived at my destination Cusercoli and found a Sagra or festival in full swing.

It was the Sagra del Prugnolo. The prugnolo is a type of mushroom which only appears for a few weeks around this time of year. 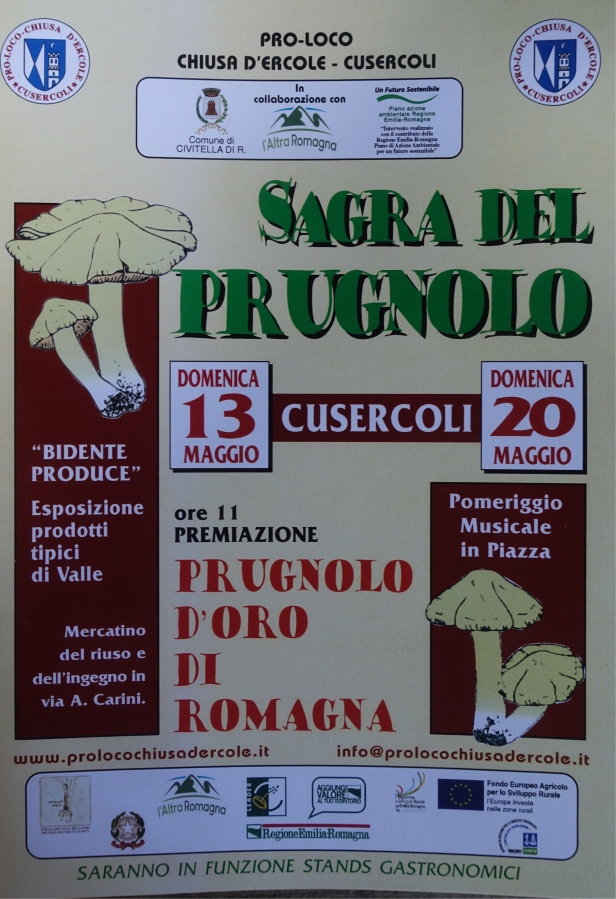 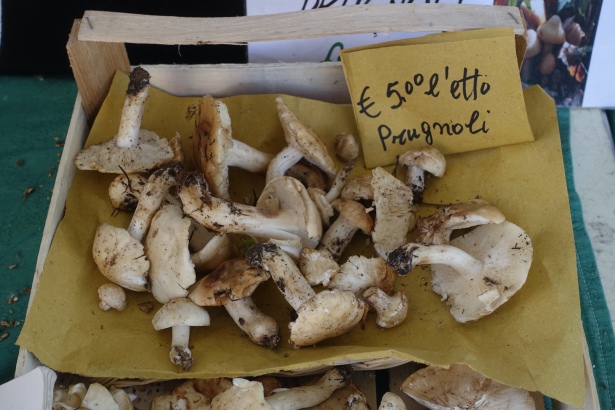 I met Alberto from the local proloco which is like a business development group, who I had talked to by phone to organise my stay. He took me up to the pilgrims hostel next to the town’s castle. The road up is a medieval one that would have been used by pilgrims walking on the Via Romea centuries ago . 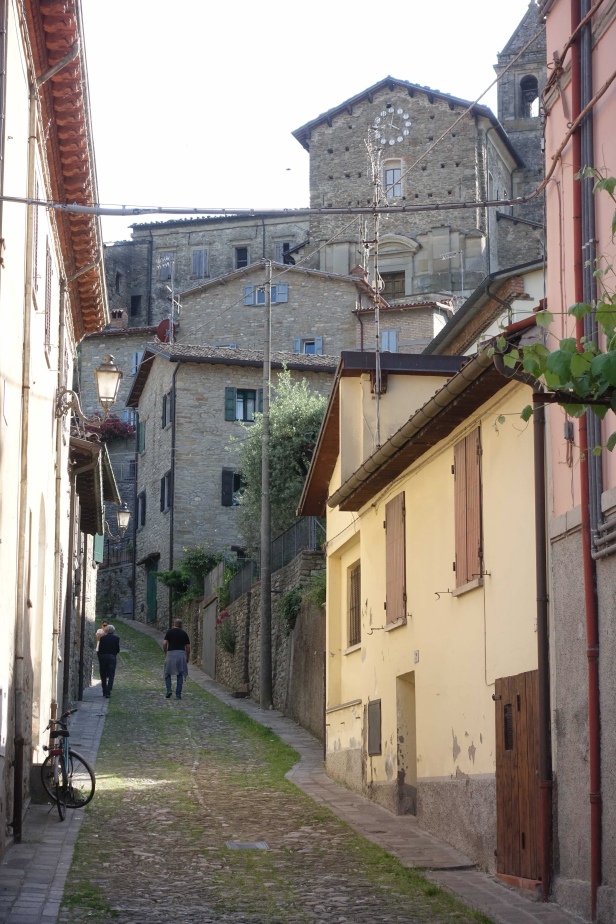 The recently fitted out hostel is in this ancient building at the entrance to the castle.

I had dinner at the proloco stall – piadina washed down with the local red.

Piadina is a local flatbread which can be filled with all sorts of yummy things such as cheese, sausage or prosciutto.

The people here were so kind that they refused payment for any of this as I was their guest! The town has a strong sense of community.

Here are a few of the boys at work.

Tomorrow I continue climbing up to the town of Santa Sofia.

One thought on “Forlì – Cusercoli May 13”