The first part of my walk today continued on top of a high bank, but today whilst I still had the river to my right, I now had the swamp or lagoon of Comacchio to my left .

The curious thing was that the level of the river was higher than the lagoon which you might be able to see from the photo above.

In fact I’d literally reached the low point of my trip as the lagoon is lower than sea level.

Here’s a road heading off somewhere .

It wasn’t always a swamp. The Etruscans established the port city of Spina here 2,600 years ago. Its location was unkown until land reclamation work in the 1920s uncovered the remains. Local eel fishermen had been dredging up ancient Greek artifacts from the necropolis for a long time, selling them on the black market and keeping it a secret.

There’s a wonderful collection of this Greek pottery and Etruscan jewellery in the Ferrara Archeological Museum. For more detail you could look at a post in another of my blogs The Etruscans and Bologna but here’s an an example – a Greek plate that had remained under the water for centuries. 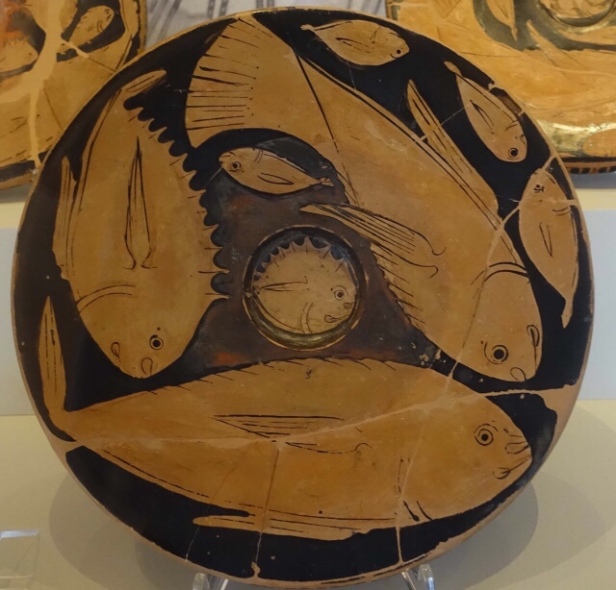 There’s still a lot of eel farming in ponds like these with lowerable nets. I had some for dinner last night and it tasted like fish. 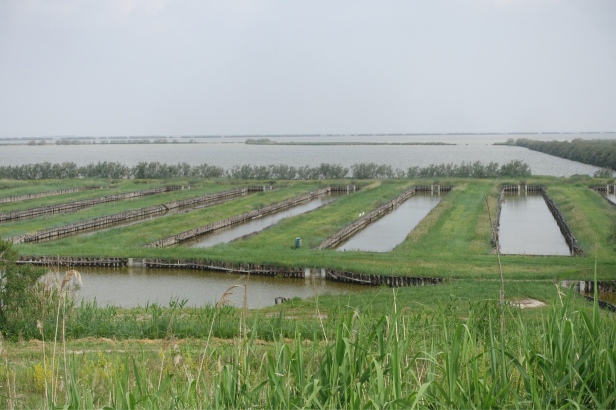 I was told that this time of year isn’t bad for mosquitoes but they can get so bad that you even get bitten on the tongue. All I came across were swarms of tiny insects that looked like little dragon flies but didn’t bite.

The only sounds today were the honking of water birds and the occasional hunter’s shotgun blast from across the river.

I did see a snake that disappeared in a hurry as I approached.

There’s a complicated system of locks to control water flow.

My little camera hasn’t got a powerful zoom but here’s a blurry shot of pink flamingoes in the distance . 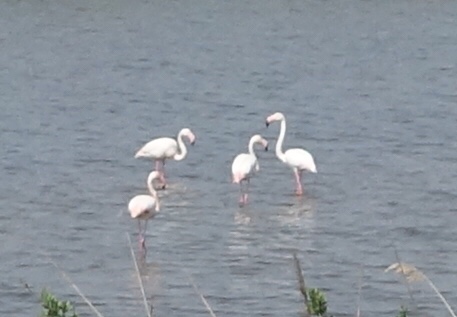 The area is a great place for bird watching with hundreds of varieties living in the wetlands .

As I got towards the coast, I came across literally hundreds of fishing shacks with big nets. They were large versions of the tiny one I saw the man using a few days ago who I photographed for my blog. 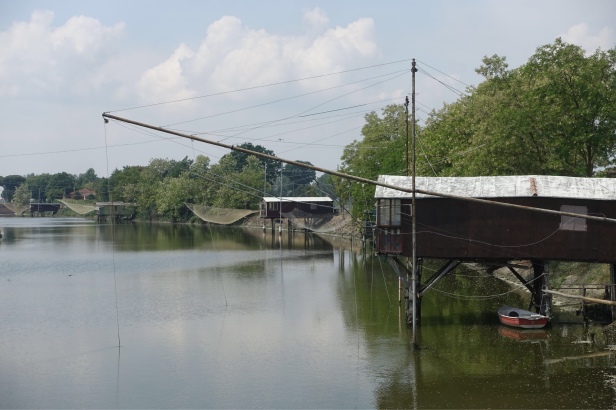 They varied from places big enough to live in, complete with satellite TV in case you get bored fishing or if there’s an important football match on 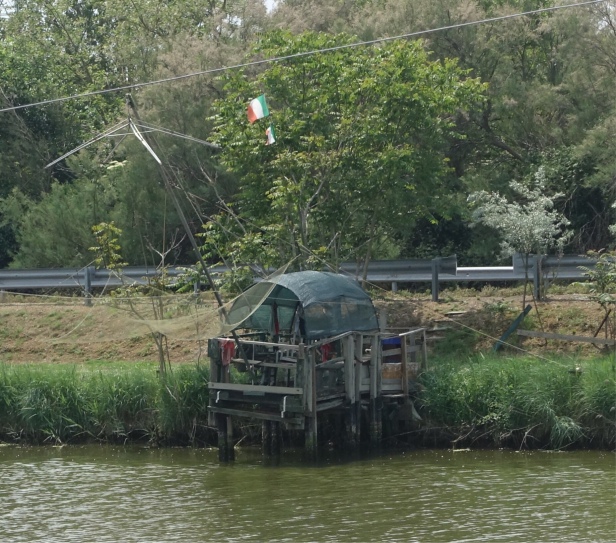 Some have barbecues to cook up the freshly caught fish.

I arrived early afternoon in the sleepy little beach resort of Casalborsetti where I had trouble buying something simple for lunch at 1.30pm. I’m sure it gets very busy in summer. 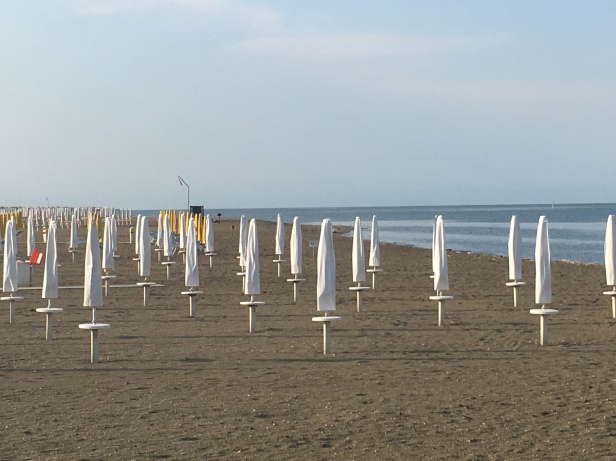 My hotel even has a little library for guests.

Seafood is in order tonight! 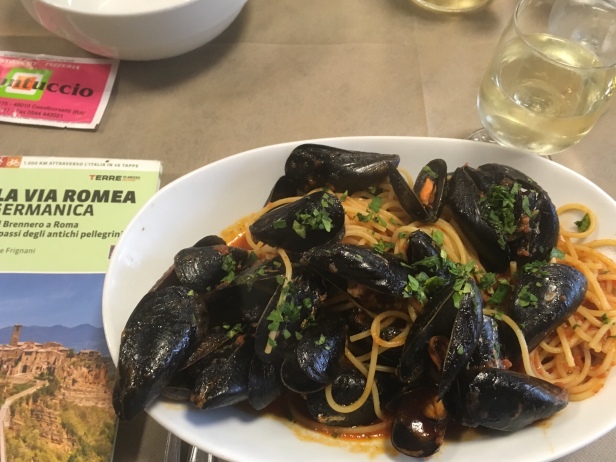 They also do pizzas! 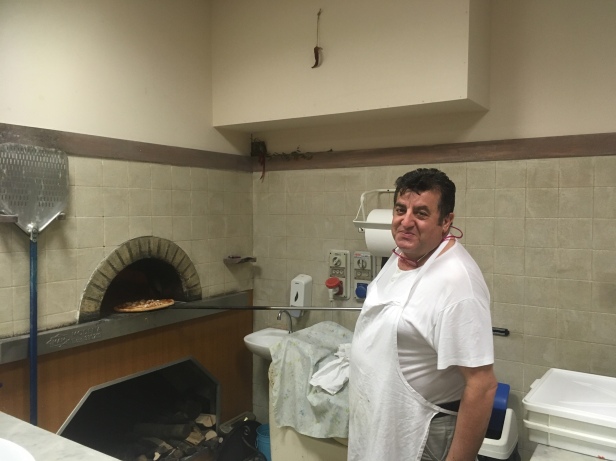 Tomorrow I’m walking to what I think is one of the most interesting towns in Italy – Ravenna. Hopefully I’ll have time to do a tour of the mosaics .

One thought on “Valli di Comacchio – Casalborsetti May 10”