Once more this morning I was heading up the side of the valley for a pleasant walk through vineyards and little villages. 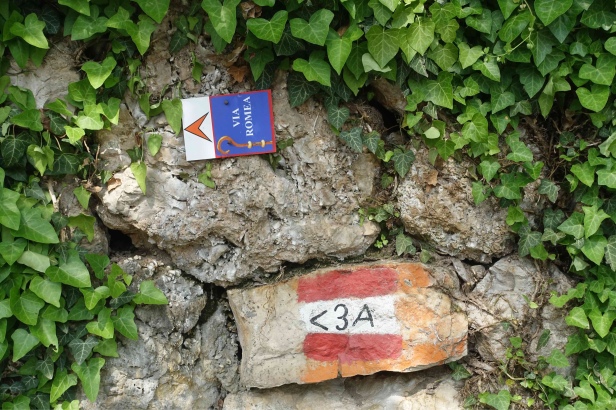 The day started out cloudy but fined up and reached 27 degrees which is quite hot here for this time of year.

Time to top up at a fountain ! 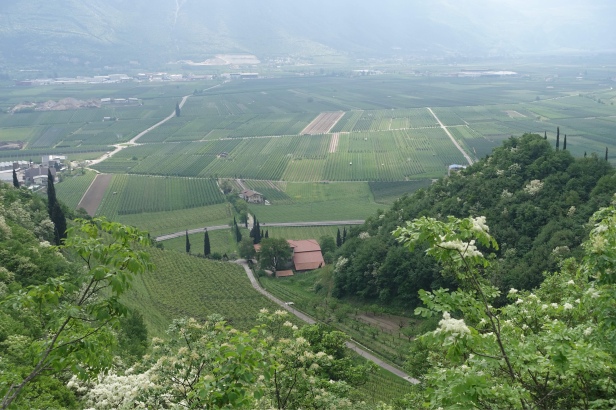 Along the path were signs describing the numerous varieties of grapes grown here including Schiava, Lagrein Pinot Pero, Merlot,Müller-Thurgau, Riesling and many others 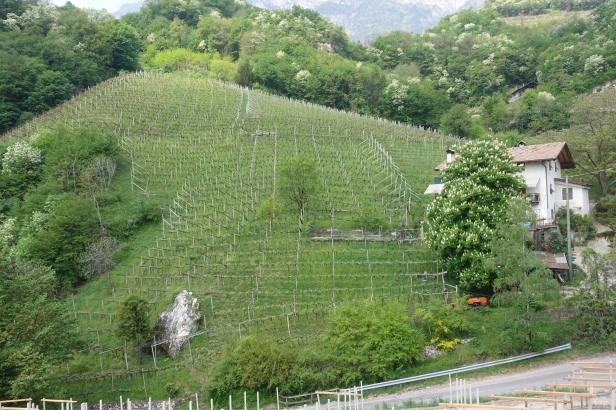 The vineyards stretched high up the side of the mountains lining the valley. Here’s a flying fox used for harvesting and other vineyard work. 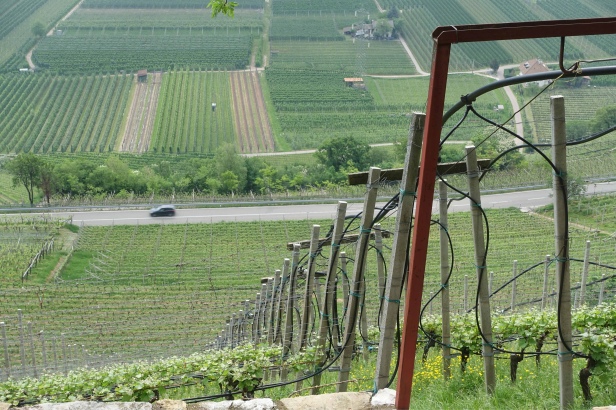 I saw a few old vines with their original trellis. 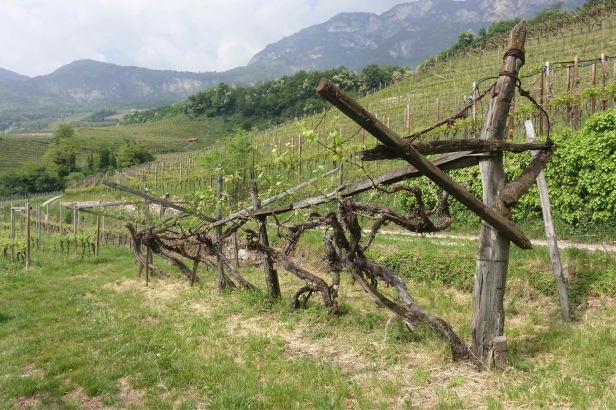 These naughty gnomes must have done something bad to end up behind bars !

About half way through the day, the path descended and crossed the valley. I crossed the freeway 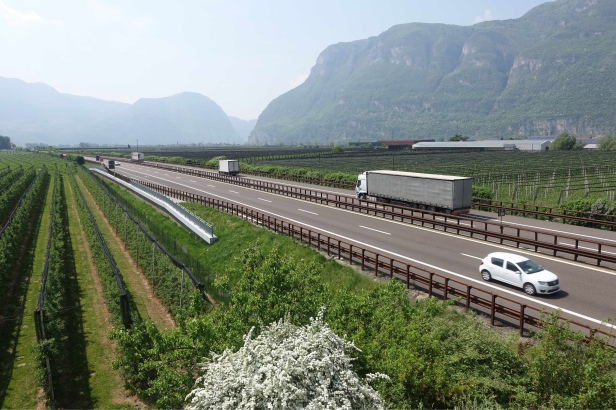 and the Adige River 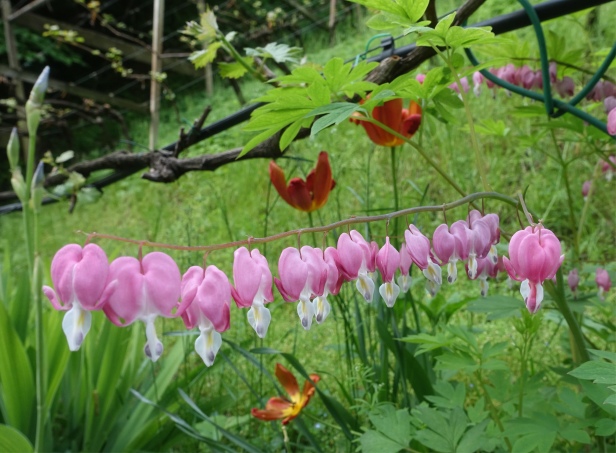 On the other side of the valley were mainly apple trees but also the odd vineyard and lots of flowers . The Wisteria is in bloom . 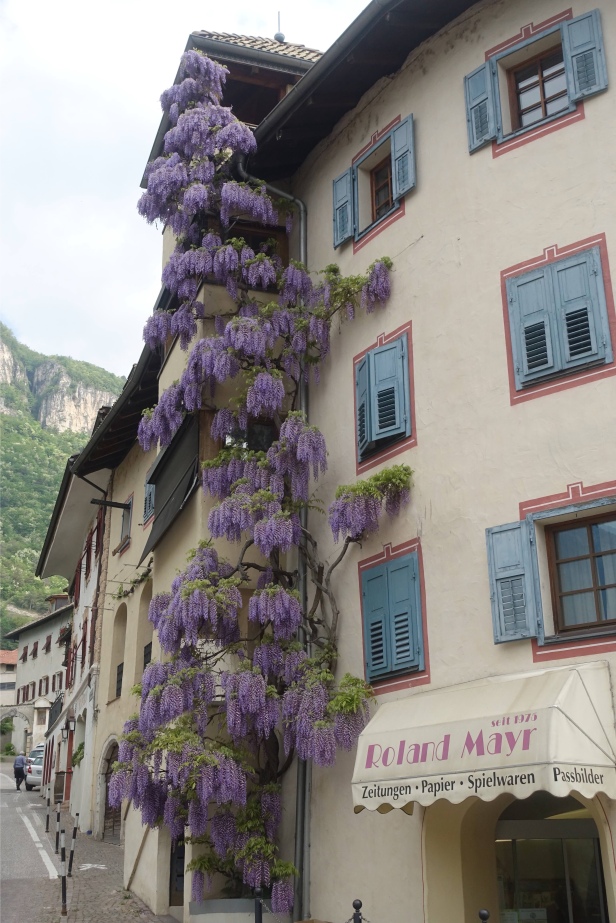 After quite a bit of walking on asphalt I reached Salurn. It’s located at the narrowest point of the Adige Valley that you can see in the photo above and is the last German speaking town. Tomorrow when I round the bend, it will be all Italian. 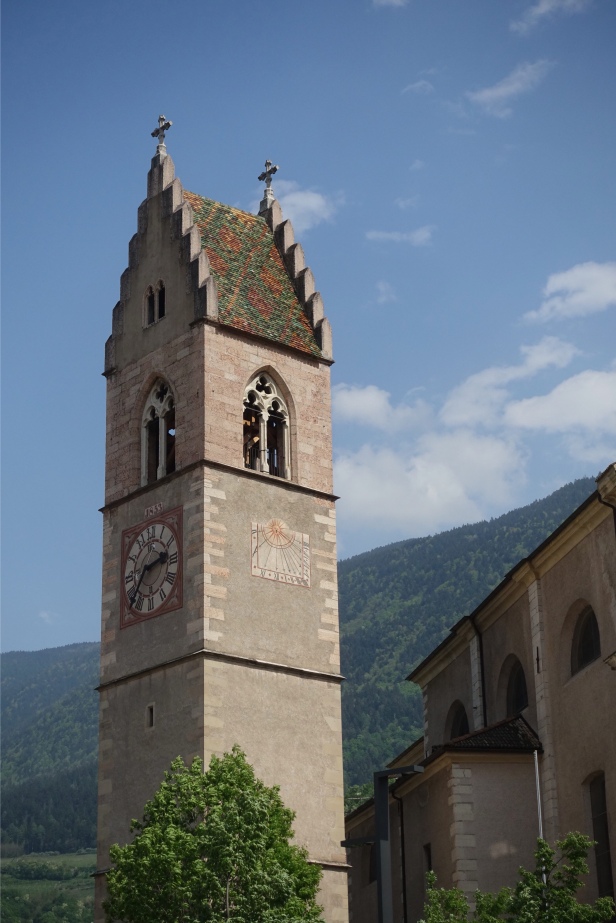 I’m staying in a hostel named after Dr. Josef Noldin and located in the house in which he was born.

During the fascist era, Mussolini tried to stamp out the German culture in the South Tyrol and closed German language schools.

Dr Noldin ran secret ‘catacomb schools ‘ and was found out and sent to internal exile in tbe south of Italy. He was released but died from an illness he had contracted there.

My washing on the roof. 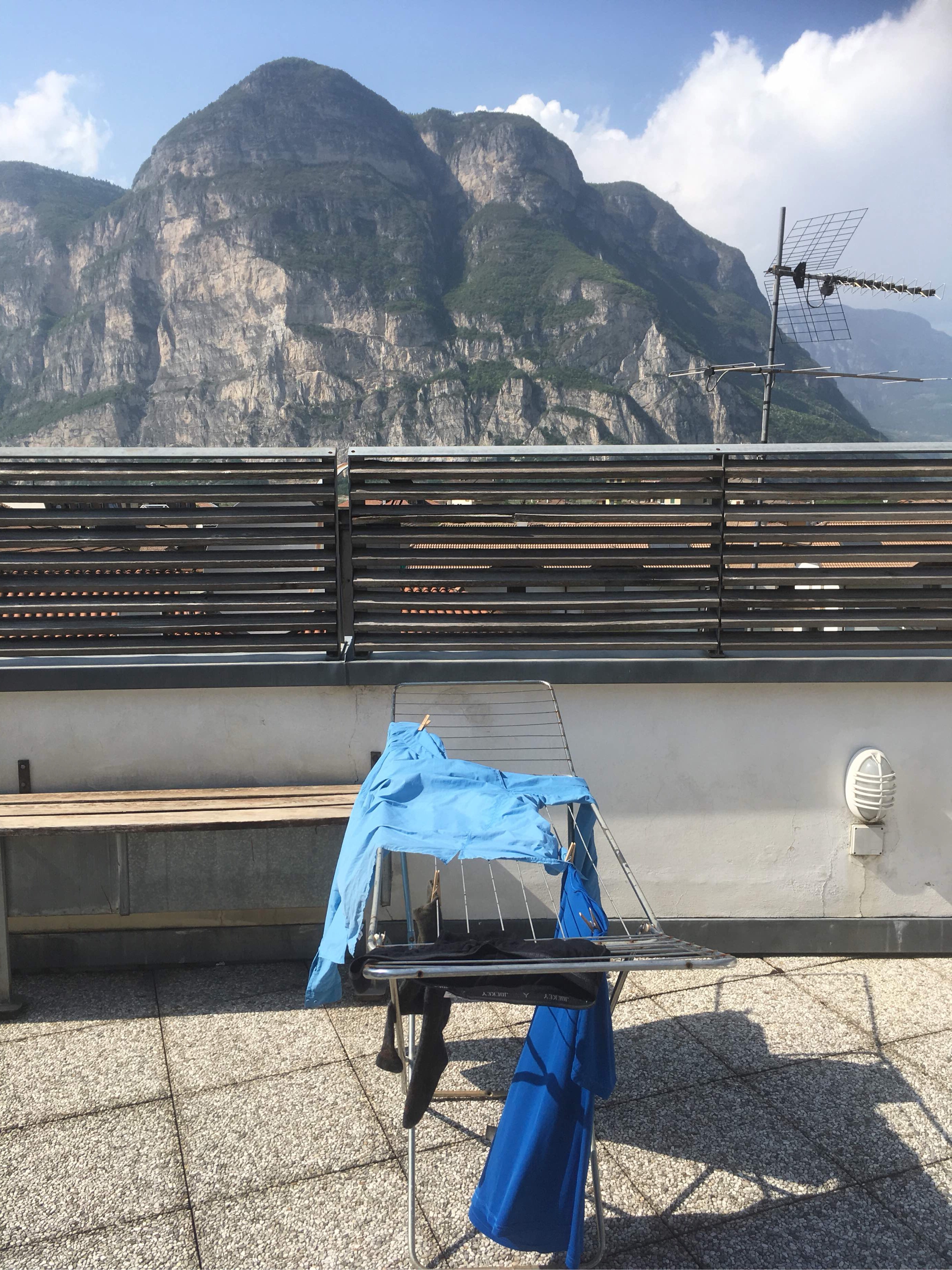 Tomorrow I walk to Trento.