Ithaca is one of Greece’s Adriatic Sea islands. It’s thought by many to be the home of Odysseus, or Ulysses in the Latin version of his name. The island certainly has been inhabited since pre-historic times. This plate in a local museum dates from the 8th century BC.

We recently visited the island and given that I’m planning a 1,000km walk through Spain starting in a few week’s time, I thought I should spend some time walking rather than just eating and swimming! The island is quite mountainous with the highest point, Mount Neritos being 800m above sea level. There are a lot of walking paths on the island, many marked with painted spots on rocks. However, I found it was easy to lose my way and many of the paths have been overgrown over recent years. On numerous ocassions I found myself slipping and sliding down goat tracks and being scratched on the legs by the common low thorny bushes.

Nevertheless, I was constantly rewarded by magnificent views such as these. Ithaca is shaped a little like a dumbbell with a narrow isthmus connecting two major parts of the island. This view from Mt Neritos is looking over the isthmus to the southern part of the island. The neighbouring island of Cephalonia can be seen on the right.

I came across some quite beautiful wild flowers.

There are many olive groves on the island as well as fruit trees. I had a nice feed of figs from a tree in an abandoned village. Some villages were abandoned after the disastrous earthquake of 1953. There were a couple of short tremours during our stay and an underwater 4.2 quake 21km north of the island.

Prickly pears are quite nice to eat but have to be handled with care! 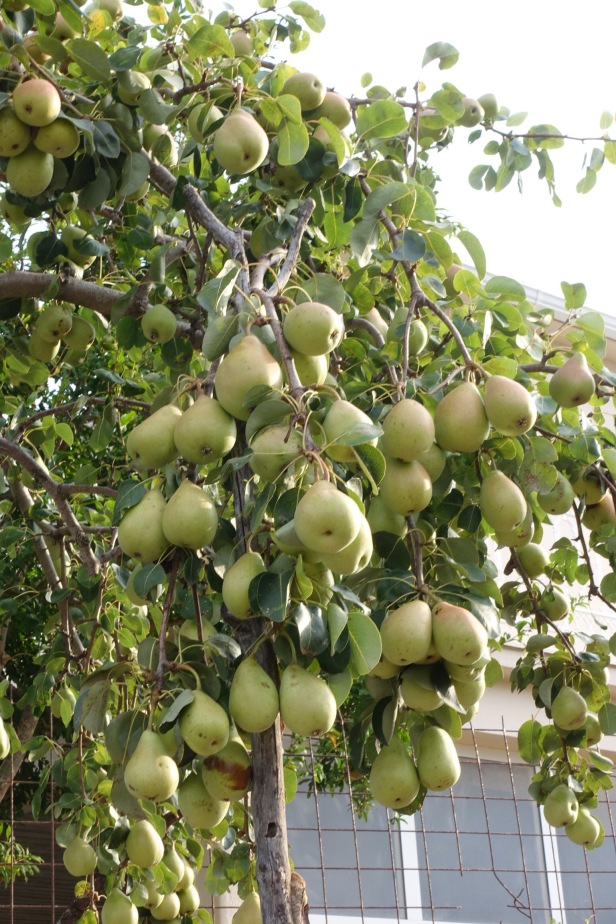 There are many goats in the island and their presence is revealed by the sound of the bells placed around their necks.

I also came across many beautiful churches located both in villages and also in more remote spots.

There are also the remains of windmills on many ridges. This one still had its millstone. 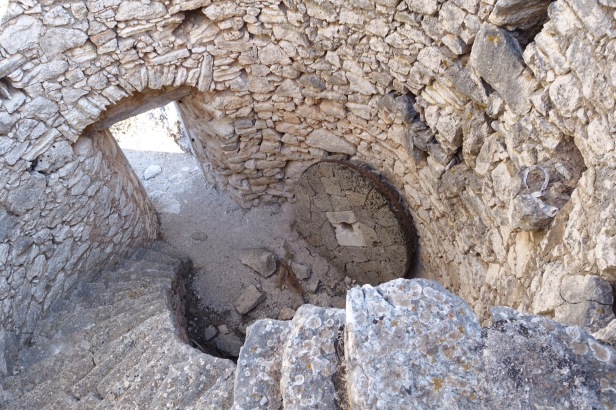 Some paths lead down to small pebbly coves where you can have a swim. Being August and in the middle of the cruising season, there were almost always boats anchored near each beach. 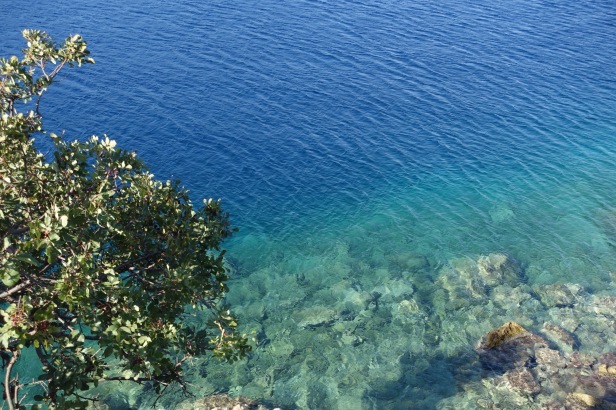 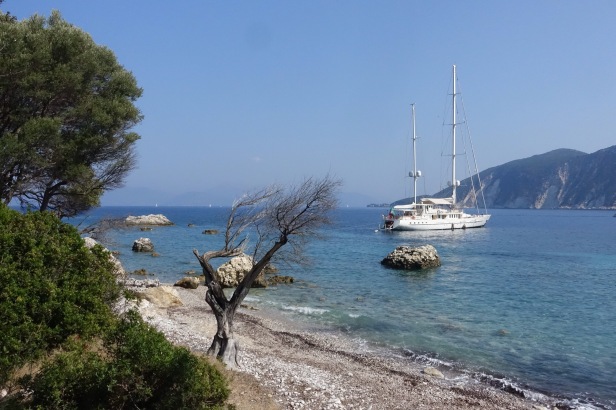 After a long walk and a swim, it’s time for lunch!

I revisited the island in 2019 and was very pleased to see that a number of tracks have now been signposted and there are numerous maps showing these along the way.

2 thoughts on “Walking on Ithaca”