My wife Cathy arrived in Rome and we’ve been doing a bit of the tourist thing, although we already know Rome quite well so it was more a case of revisiting some favourite spots.

We managed to fit in a visit to a few of the major basilicas that pilgrims would of visited. I’ve been wearing sandals and my feet have largely recovered – just one big blister left to heal. Firstly I took Cathy to visit Saint Cecilia’s where I had stayed in the pilgrims’ hostel the day before. A large group of foreign kids poured in wearing skimpy shorts and sat down. We thought it was a school group. An elderly nun in the church was extremely upset by the inappropriate dress and Cathy mentioned this to one of the adults and they all trooped out. Then they all started coming back in again wearing red robes ! It turned out they were the cathedral choir from Haarlem and had come to rehearse for a concert that night.

We visited Santa Maria Maggiore which dates back to the fifth century. Like most older churches in Rome, it has been heavily modified over the centuries and was also damaged and repaired after an earthquake in the 14th century. The mosaics date back to the early centuries of the church. Being in a central position, it receives many visitors.

It receives far fewer visitors being a little bit out of the centre. It was built in the 6th century on the site traditionally believed to be where St Lawrence was martyred. It was hit by allied bombing in 1943 and restored after the war.

Finally we also visited my favourite church – St Prassede. This dates from the 8th century and contains beautiful mosaics. The chapel of San Zenone appears just as it would have to medieval pilgrims. 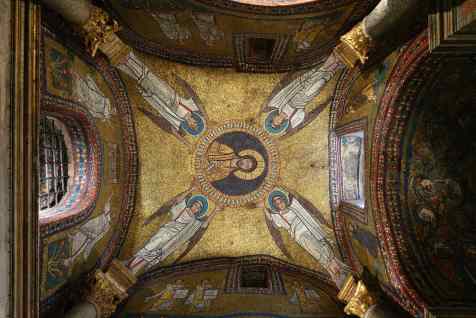 A pilgrim’s grave in Santa Prassede 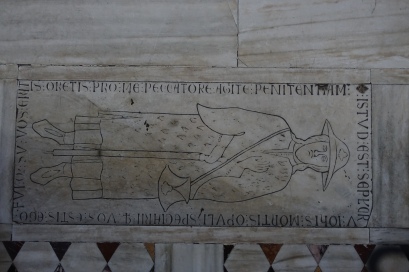