I spent the my first night in the nicely done up if somewhat chilly hostel at Montale, a few kilometres to the east Piacenza on the way  to Rome. It’s spread over a number of floors and includes a kitchen and laundry. It retrospect, it was one of the best hostels I stayed at. I was all by myself ! There’s a private entrance into the adjacent church. You need to pick up the key at the parish office at Via Emilia 71 on the way past.

After leaving the hostel, there was some scary walking along the very busy Via Emilia  with only narrow shoulders for some kilometers as well as some very pleasant country roads.

I also had a couple of creeks to ford and the water was very chilly. My feet felt a bit funny walking for a while after , maybe it did something to the nerves . I ended up loosing a layer of skin from my feet a week later. 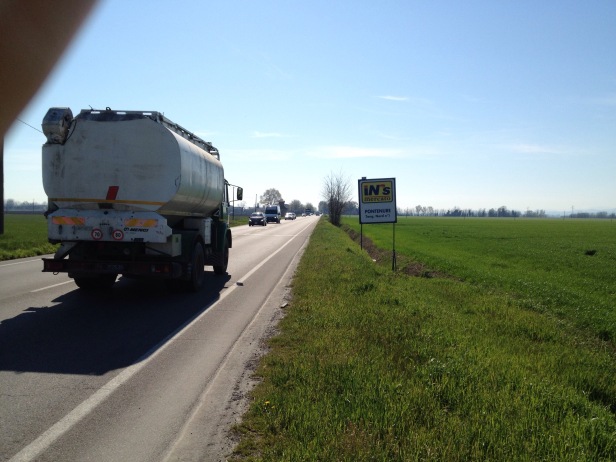 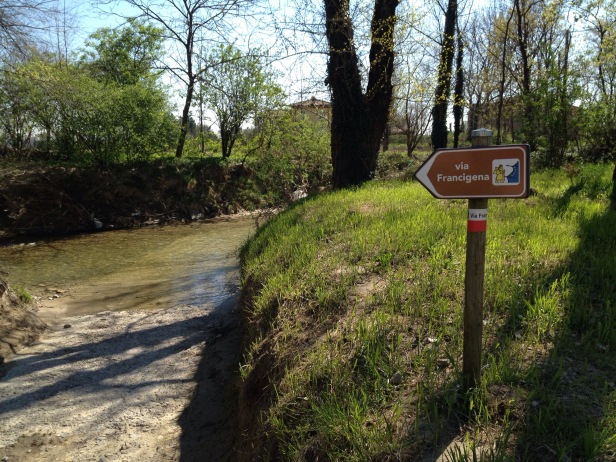 It’s interesting to think of the crowds of tourists when we were in Venice last  week  after a day of roads with almost no one around. Where I had my picnic lunch there wasn’t  a soul to be seen

4 thoughts on “My first day”