It’s hard for me to believe, but 18 months have already slipped by since my last walk, along the Via Romea Germanica. It’s time for me to don my new boots and faithful old backpack and head off again.

This year I’m walking along the Camino del Norte from Saint-Jean-de-Luz near the French/Spanish border to Santiago de Compostela, a distance of around 870km.

A common starting point of this camino is the town of Irún just across the Spanish border. As I’m arriving by train from Bordeaux and as the pilgrim albergue at Irún doesn’t open until 4pm, I decided to get off the train a bit early and put in a warm up day.

A wooden statue of Santiago in the Basilica of Saint Michael, Bordeaux. The 15th century original is in the Museum of Aquitaine.

The town of St. Jean de Luz was a Basque fishing village that also became a centre for privateers preying on Spanish and British shipping in the 17th century.

That was all centuries ago but the place still has its thieves as my mobile phone was stolen as I was buying a bread roll for lunch!

The church of St. John the Baptist is very beautiful but unusual as the front door was bricked up centuries ago.

The story goes that after the future King Louis IV and the the Spanish Infanta Maria Theresa were married in the church in 1660 as part of a piece treaty between the two countries, the king didn’t want anyone else to marry here.

The walk from here to Irún just over the border in Spain runs along the beautiful coastline. I walked the 20 odd kilometers very quickly as I was annoyed and upset about losing my phone. 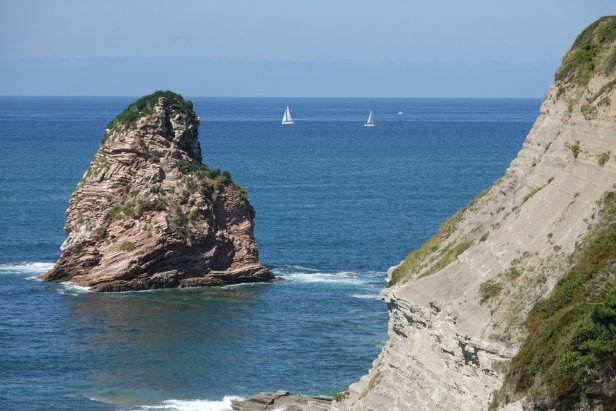 The trail goes along the beach for a few hundred meters towards the end. This was difficult as not only did I have to walk across the sand, but also keep my eyes to myself as the wearing of swimming togs is totally optional around here . 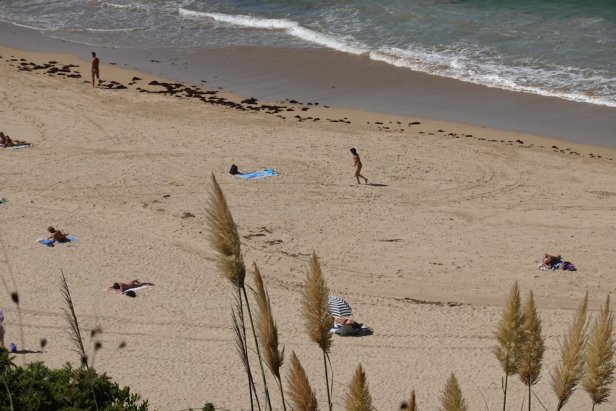 I got to the border town of Hendaye and caught the international ferry service across to Spain, and no, there was no duty free store on board

From there it was just a half hour walk to the pilgrim hostel.

I then set off to find a shop where I could buy a new phone. It wasn’t hard to find a cheapie but for some reason getting a SIM card proved difficult. Then followed lots of work getting my key apps made harder by the fact that it’s an Android phone that I’m not used to.

Tomorrow is a more difficult day with a ssteep climb on the way to San Sebastian.