I decided to take an alternative route today that cuts across a 1,000m hill rather than the flatter path to the east.  This saves me a day and also has some beautiful sections.

I left the B&B with the two Italian speaking women I met at the B&B – one from Milan and one from canton Ticino in Switzerland. They were also planning to take the alternate route but they roared off ahead in the wrong direction!

I’ve seen Wysteria all over the place on my walk but today I the saw the biggest one so far. It had climbed over a 3 storey building !

The path followed what a rusty sign said was an ancient Roman road . 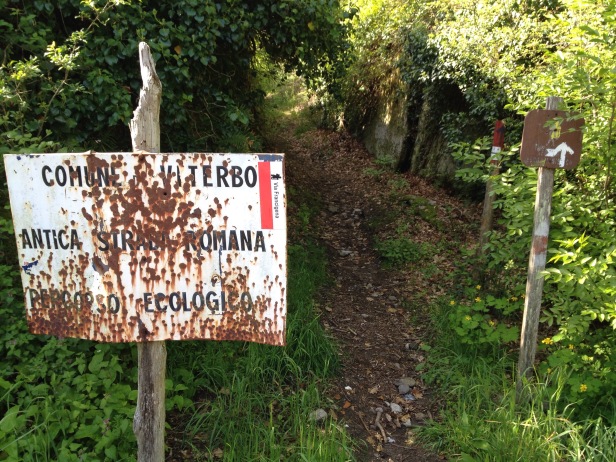 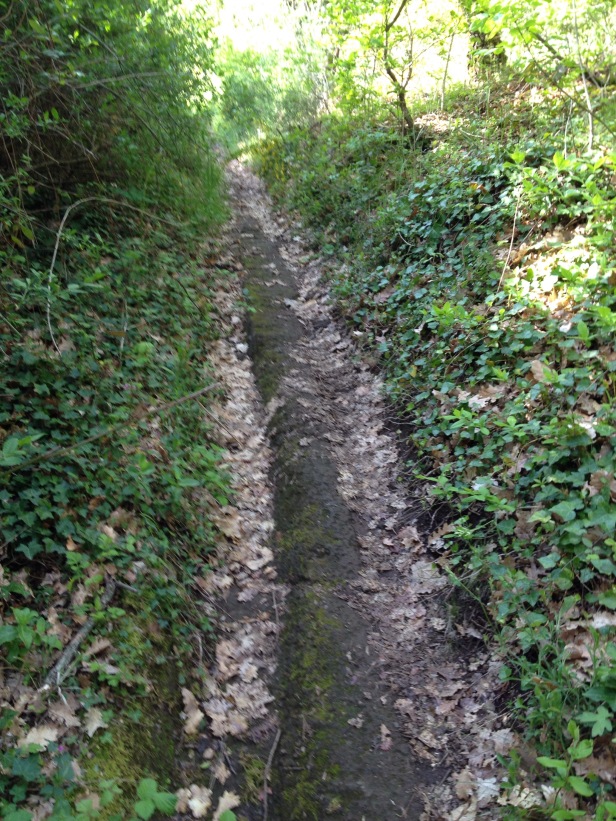 I did see some basalt blocks further up the hill. This path lead to the small walled town of San Martini al Cimino. A Cistercian abbey was established here at the end of the 1200s.

I then had a climb up a  forestry road that seemed to go up forever . The highest point was just over 900 m so I’d climbed 600 metres . 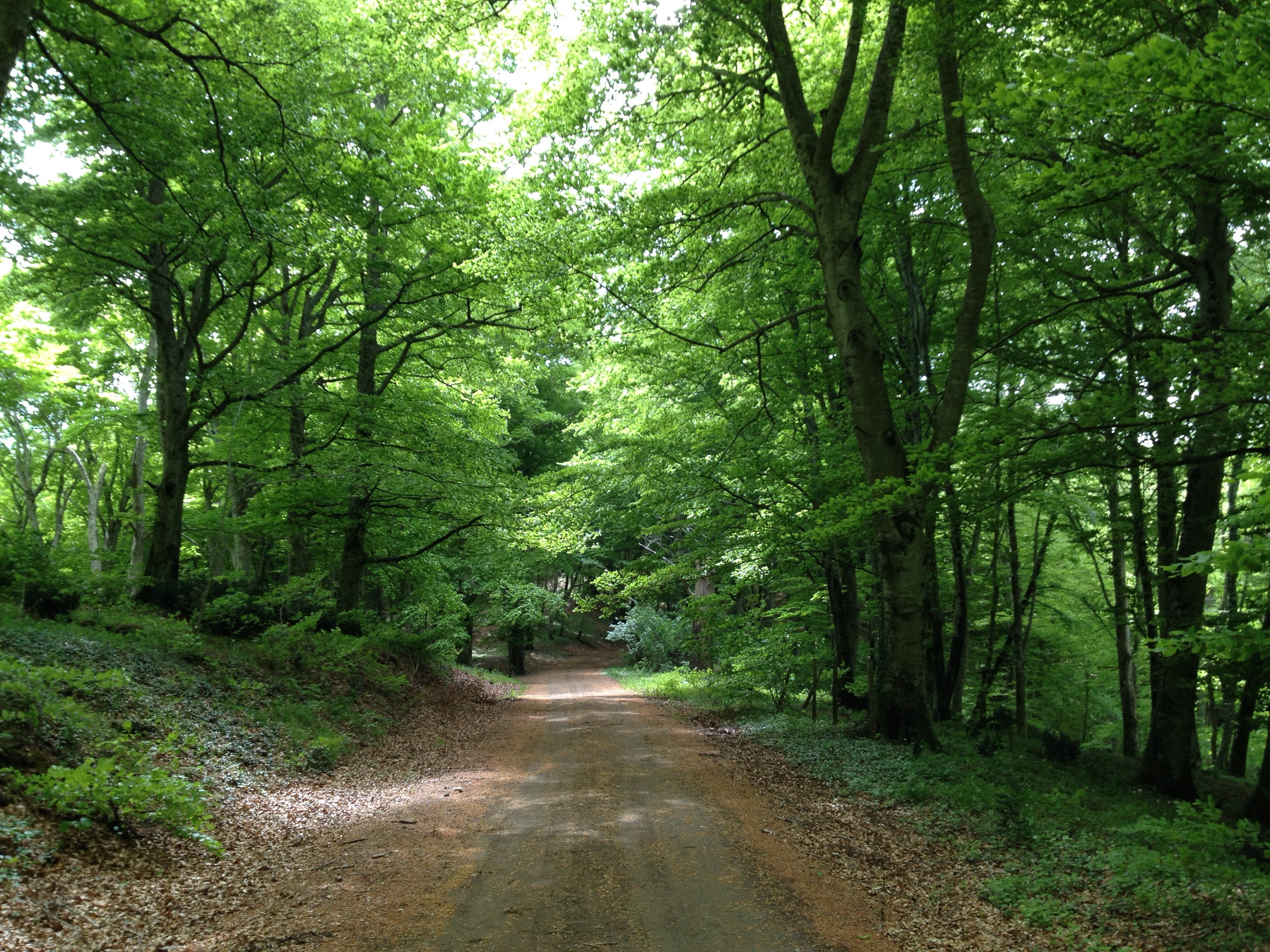 Below was another caldera lake – Lago Di Vico – but I could only catch glimpses of it. Apparently this is one of the southernmost beech forests in Europe.

Then I had a long descent past what I think were extensive pear orchards.

I could see a couple of walkers in the distance. I caught up with them – it was the two women from this morning who’d realized their mistake and taken a shortcut avoiding the mountain.

Sutri is a beautiful old town and my accommodation has a story to it. As I couldn’t contact the nuns here who take in pilgrims, I booked a cheap hotel through booking.com. This got stuffed up so they’ve effectively upgraded me to a luxury B&B in a 12th century building just outside town with a beautiful garden. People in the adjoining park keep looking over the fence ! And I’ve got a great place to hang the washing!! 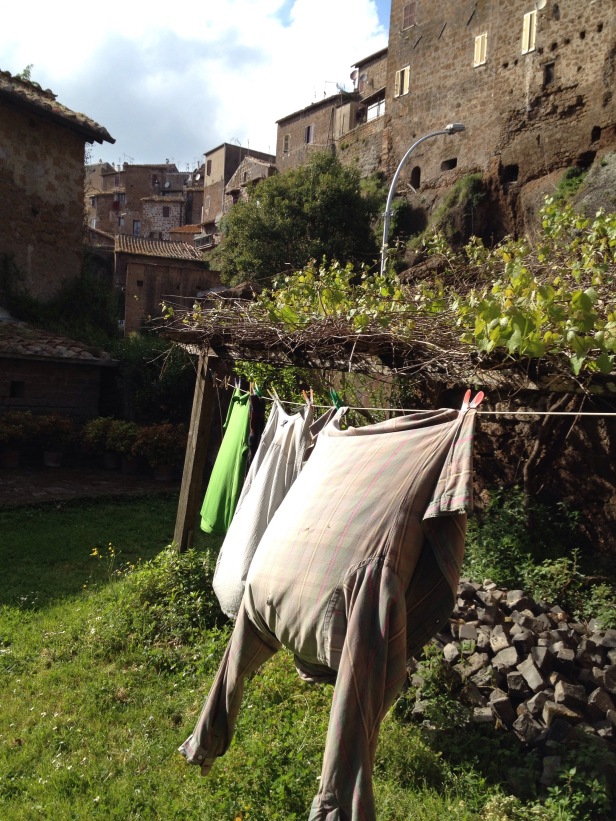 It might be just as well that I didn’t stay with the nuns. Brian from Ireland who I hadn’t seen for a few days was waiting outside when I passed as well as the five French guys from last week. The two girls are there also I just ran into them and they said the nuns had made everyone wait outside for so long that the French boys decided to head off to another hostel kilometres away in the hope of getting in there.

My accommodation. – a bit different to bunk beds in a dormitory and a shower shared between 15 people ! 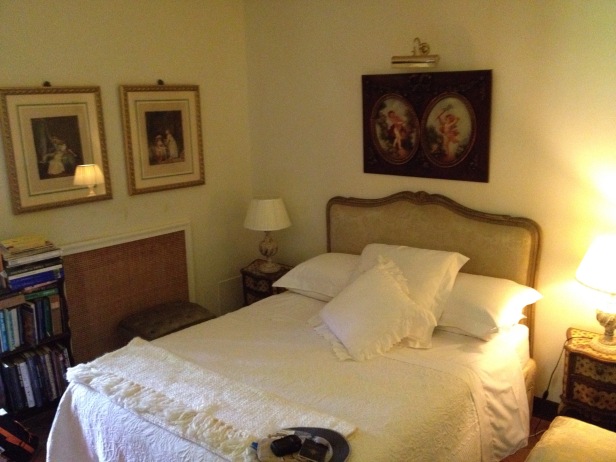 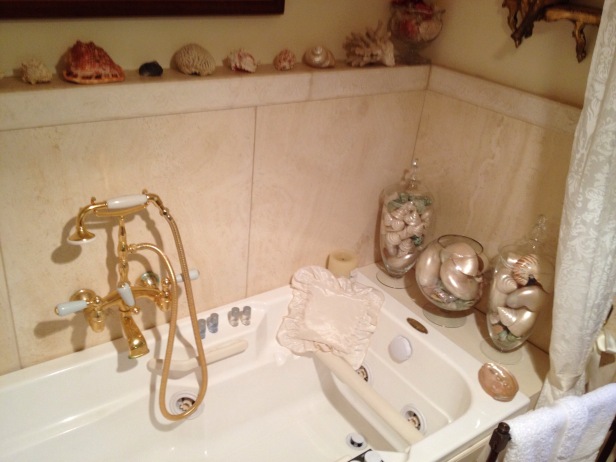 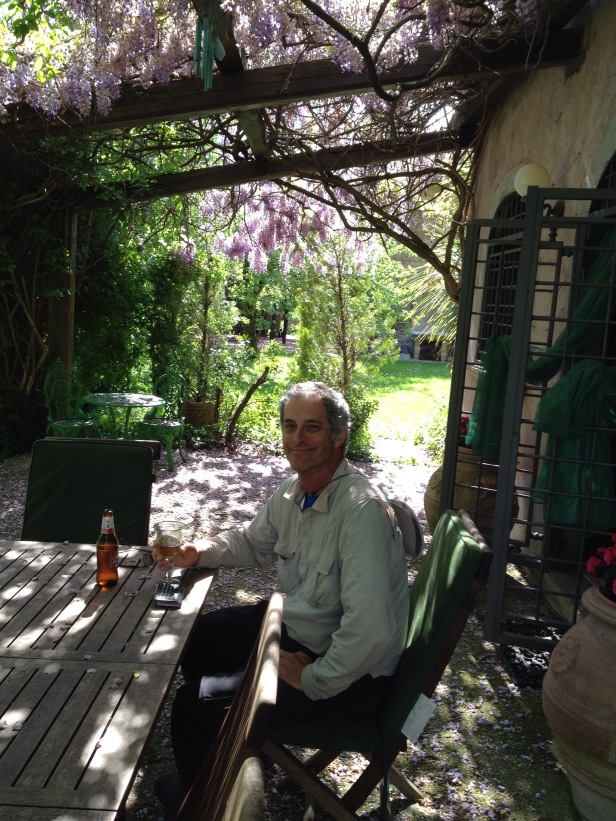