I decided to shout myself a nice dinner last night and enjoyed bean and spelt soup and chicken in capsicum sauce at my candle-lit table.

It was strange not following the ritual of packing up and leaving this morning. I went to the post office and negotiated the tricky business of sending a parcel as I forgot to leave the keys at the last B&B – whoops ! I went to the laundry and gave my things a proper wash as opposed to usual nightly wash basin effort. And I bought a good supply of blister patches, including cushioned ones for under the feet that the last place didn’t have.

The church of Sant Martin here has a labyrinth on an outside wall. These are found at a number of places along pilgrim routes and is a symbol not only of pilgrimage but of the journey of life itself.

I also visited the museum at Puccini’s birth house which was interesting . Not uncommonly in Italy there were four employees and I was the only visitor. Maybe they get big school groups.

I visited the famous piazza formed by houses built on the ruins of a roman era arena. It’s fascinating to see how houses were built into the ruins.

Today was a bit overcast and rainy with the same expected tomorrow so it will be my first day walking in the rain. Luckily it’s not a long walk. 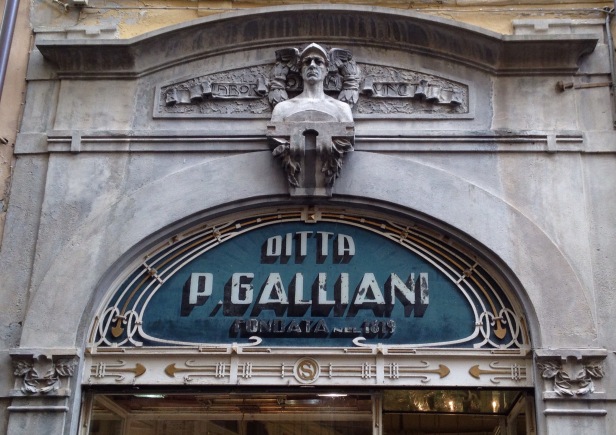